Upon entering the area it is not obvious that Howell Mountain is known for some of the biggest Cabernet Sauvignon in Napa. It is so discreet that you can drive right through the area without noticing. The curvy road that leads into Howell Mountain is a thicket of trees–not the typical rolling vineyards.

In between the trees are modest looking estates and grape vines trained very close to the ground. Even though it’s just 10 miles outside of the epicenter and bustle of Napa, it feels like a different world.

Wines from Howell Mountain are outrageously massive and age-worthy, but they don’t get much attention in Napa. We wager it’s because limos don’t dare driving too far off the main trail.

Howell Mountain is exactly the kind of place we like to go.

What’s So Different About Hillside Cabernet?

It’s All About The Weather

When the fog blankets Napa Valley it’s sunny on Howell Mountain, but it’s also colder during the day. This little difference makes Cabernet Sauvignon struggle to produce small clusters of tiny grapes. The smaller grapes have a higher skin-to-juice ratio resulting in deeper-colored wine with higher tannin. Howell Mountain Cabernets are some of the most concentrated wines in the world. 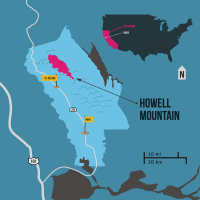 Back in the 1870’s, two guys named Jean V. Chaix and Jean Adolf Brun planted grapes on cheap mountain land around Angwin, CA. Their cost cutting strategy proved to be a blessing when, in 1889, Brun and Chaix’s “Nouveau Medoc” won a Bronze Medal at the Paris World Competition. The pair were successful during their heyday in the 1890’s producing up to 750,000 bottles a year.

Nowadays, there are about 30 producers on the mountain as well as many wineries that source wine grapes to make a “Howell Mountain” designated wine. Winegrowers like Black Sears, Beatty Ranch Vineyard and Piña sell to Valley producers such as Duckhorn.

Drinking Howell Mountain cab is like filling your cheeks with dried blackberries while simultaneously smoking a cigar. It’s no wonder that wines from this area command such high prices.

[superquote]Drinking Howell Mountain Cab is like filling your cheeks with dried blackberries while smoking a cigar.[/superquote]

Howell Mountain is a litmus test for wine enthusiasts because it’s not as tourist friendly as the rest of Napa. If you’re planning a visit, be sure to call and arrange appointments. A little enthusiasm will pay off because some of the best cave tours are found off the beaten path in Napa’s secret spots. If you’re traveling to Howell Mountain from Napa valley be sure to leave about 45-50 minutes before your appointment and make any subsequent wine tastings close by. 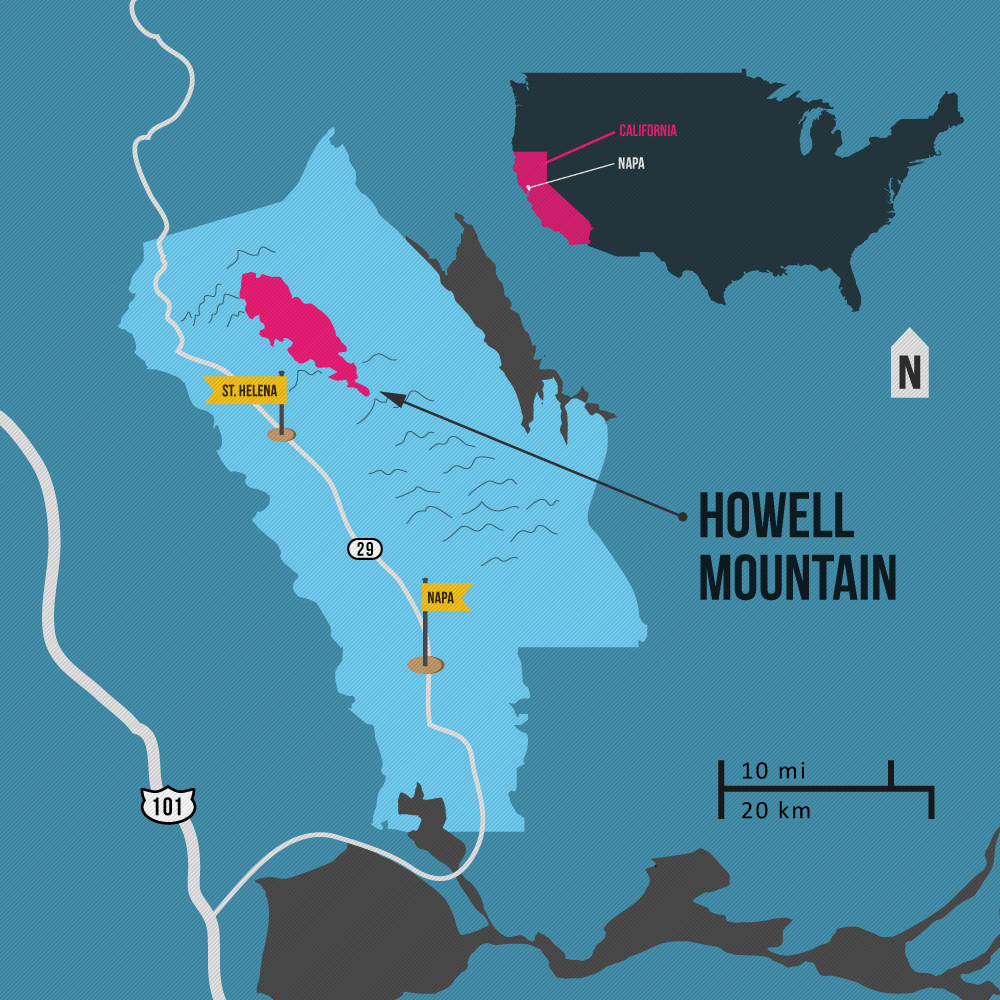