One hundred years ago, Hungary was one of the most important wine producers in Europe. Every royal court in Europe clinked glasses filled with precious gold Tokaji (“toe-kye”) wine, while other lush Hungarian whites and reds were lauded and enjoyed throughout Europe. 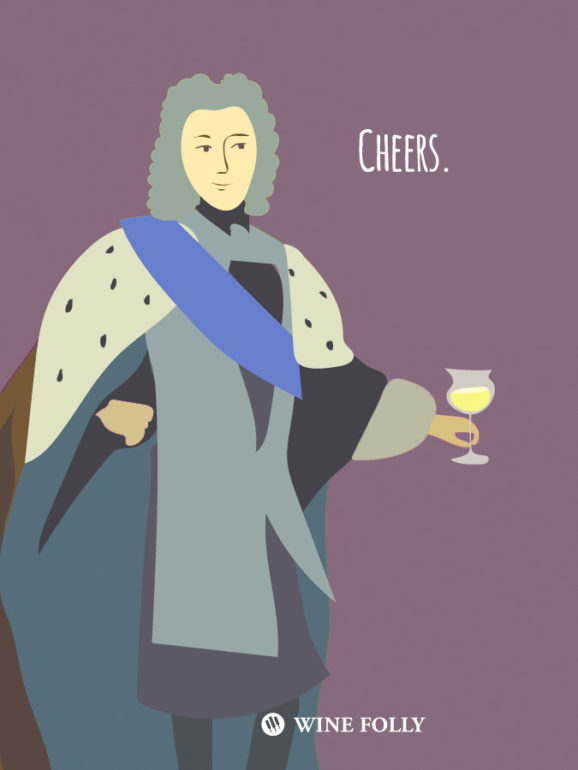 The best-kept secret of the old wine world.

So why don’t we see more Hungarian wine today? Cue the aggressive assault of phylloxera in the 1880’s, two world wars, and forty years of communist collectivization and we begin to get our answer.

Fortunately, Hungary is bouncing back. Countless small estates, replanted and cultivated across the country are turning out beautiful wines–a result of traditional winemaking culture mixed with a modern sensibility. With 22 wine regions growing hundreds of varietals, the country offers a multitude of great wines to explore. So, where to start?

You can get a really great overview of the country’s wines from 4 of its top regions: Eger, Tokaj, Villány and Somló.

Get to Know 4 of Hungary’s Top Wine Regions 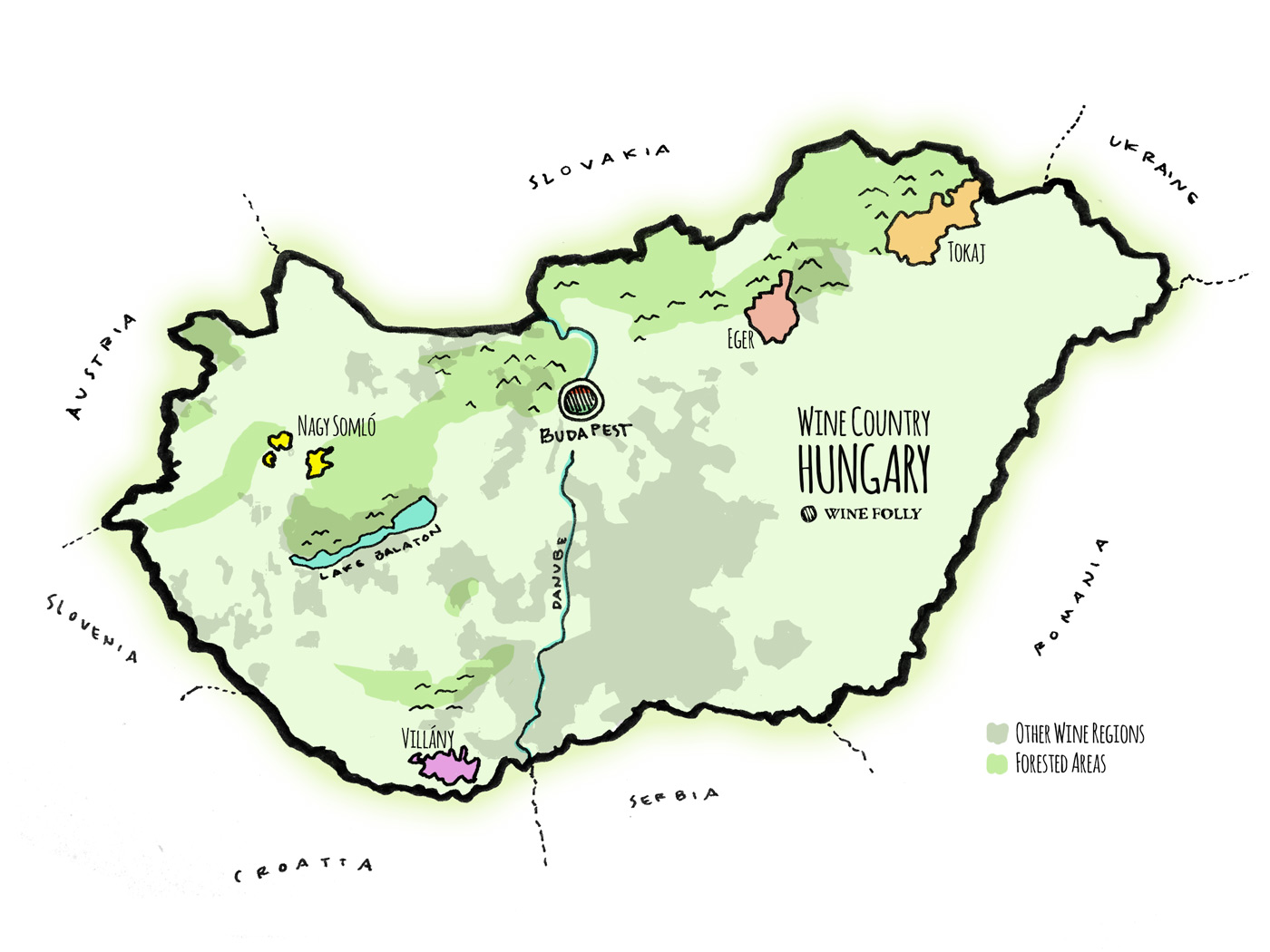 The country is located between the 46th and 49th parallel which is actually the same latitude range as many of France’s top wine regions from Northern Rhône to Champagne. Hungary’s rolling hills are rich in volcanic soils and limestone–idyllic soil types for fine winemaking.

Eger is in the north, about 86 miles northeast of Budapest. Grapes grow natively on Eger’s rolling terrain; in fact, scientists actually identified a 30 million-year-old wine grape fossil in Eger, among the modern-day vineyards. Eger is best known for two of its native blends: the Bikaver, or “Bull’s Blood” (a red blend), and the Egri Csillag, or “Star of Eger” (a white blend).

Egri Bikavér means “bull’s blood” and, as the name implies, it can be a pretty badass red blend, rich in tannin and spice. Legend claims that the wine gets its name from a famous incident during the Ottoman siege of Eger in 1552, when the Hungarian troops were caught drinking copious amounts of spicy red wine by Turkish onlookers. Seeing the bloodshot eyes, red-stained beards, and fiery temperaments of the wine-drinking Hungarians, the Turkish soldiers rushed back to their captain, insisting that the Hungarians were not to be messed with for they had been drinking the blood of a bull!

The blend today is Eger’s flagship wine. By regulation, the blend must be made of at least three grapes and at least 50% percent must be a native red grape, which is typically Kékfrankos (“cake-fronk-kosh”), although Kadarka qualifies too. Expect a rustic, fiery, fuller-bodied wine with dark jammy forest fruits and good acidity. You can get a nice Bikavér for $15–$20.

TIP: stay away from two-buck-chuck Bikavér! There are still mass-produced Bikavérs, relics of the communist system, and they leave a lot to be desired. Can’t tell the difference? Ask your local wine retailer for help.

Egri Csillag means “the Star of Eger” and is the delightful, white-grape sister blend of the Bikavér. According to ancient Hungarian lore, wayfarers would navigate the route to Eger by looking for the glittering roofs of the winemaking huts atop the Nagy-Eged hill, which they called the “stars of Eger.” This celestial blend is comprised of at least 4 white grapes and at least 50% of the blend must be native grapes. Some qualifiers are Leányka (“lay-anka”), Királyleányka (“key-rai lay-anka”), Furmint (“foor-meent”), Hárslevelü (“harsh-level-ooo”), Zengö (“zen-goo”), and Zenit (“zen-eet”).

The wine is super aromatic, bursting with white flowers and tropical fruits. Tart pineapple, citrus and lychee mingle with almonds on the mouth, complemented with a spritzy, crisp finish. Drink this ice-cold on a scorching hot summer day and you’ll feel like you’ve transported to a trendy outdoor club in Budapest. Expect to spend around $15.

Winemaking has long been a huge part of Eger’s economy and culture. Monks who lived in Eger more than 1000 years ago engaged in winemaking with native grapes. Although Turks took the castle of Eger in 1596 and held it for nearly 100 years, winemaking was such a substantial source of revenue that the Turks allowed it to continue under their rule. By the 16th Century, there was a complex system of labyrinths underneath the town for storing wine.

Tokaj is the gold standard of the Hungarian wine regions. It is Hungary’s most famous wine region, the oldest classified wine region in the world, a Unesco World Heritage Site, and home to the world’s first noble rot wine–the sweet golden Tokaji Aszú (“toe-kye as-zoo”).

Named after the village of Tokaj, the region is made up of 28 towns scattered along rolling hills and nestled between two rivers, the Tisza and the Bodrog. The rivers create a special microclimate in the area with high levels of moisture in the air, offset by wind and abundant sunshine. This creates optimal conditions for botrytized wines.

To receive the Tokaji denotation, dry or sweet, a wine can only contain the 6 native varieties of Furmint (“foor-meent”), Hárslevelü (“harsh-level-ooo”), Kabar (“kah-bar”), Kövérszölö (“kuh-vaer-sue-lou”), Zéta (“zay-tuh”), and Sárgamuskotály (“shar-guh-moose-koh-tie”). The wine is made from individually picked botrytized grapes that are then mashed and soaked in dry wine or must. The resulting wine, after aging, is golden, extremely sweet (120-180 grams per liter) and has the potential to age indefinitely (when properly stored).

This treasured wine often tastes like candied tangerines and apricots, cinnamon and cloves, with a sweetness somewhere between honey and nectar. Its bright acidity balances out the extreme sugar content. In Hungary, the classic Aszú pairing is foie gras, but you can drink it with creamy cheeses, lemon tarts, or simply on its own. Expect to fork over $55+ for a bottle.

Louis XIV famously described Tokaji Aszú as “the king of wines and the wine of kings.” Before the invention of refined sugar, royal courts throughout Europe would consume the sweet Tokaji from dainty crystal spoons.

The Tokaji Aszú classification system: An Aszú is characterized by its amount of sugar, which is designated by its “Puttonyos.” This original measure of sugar was measured by the number of baskets of noble rot grapes or “puttonyos” that were added to a barrel of wine; the more that were added, the sweeter the wine. Originally there were 6 different levels, but today there are only 2 allowed levels.

Tokaj producers have also been experimenting with dry wine in the last 15 years, notably dry Furmint. The varietal has already proven itself as one of the great white varieties of the world, with an impressive minerality and structure. It’s remarkably versatile, too – depending on where it was made and who was at the helm, it can taste like a bright, crisp Grüner, a floral, off-dry Riesling, or a supple full-bodied Chardonnay. A dynamic acidity slices through every Furmint, regardless of style, and flavors of apples and wet tree bark are persistent. Expect to spend $12–$20.

Tokaj had a major wine economy in the 1700’s, when Poland and Russia were ravaging fans of Tokaji Aszú. Peter the Great was such an Aszú fanatic that he stationed a permanent military barrack in Tokaj to ensure there would be no interruption to his constant stream of liquid gold to the royal palace in St. Petersburg.

Villány is a warm region in the southernmost tip of Hungary, famous for its opulent red wines. It is 140 miles south of Budapest, near Hungary’s border with Croatia, and only about 340 miles from the Adriatic Sea. The sub-Mediterranean climate is particularly ideal for making wine, with long hot summers and mild winters. The wines here are world-class, structured and elegant, with good tannins and a balance of fruit and earth. Native grapes are grown volcanic soils, include Portugesier and Kékfrankos, but many producers focus on red Bordeaux varieties, like Cabernet Franc, Cabernet Sauvignon, and Merlot.

Several international critics in the 2000’s have said that Cabernet Franc has found its new home in Villány. The grape is widely planted in the region and can result in polished, velvety wines that burst with new world fruit but are rounded out by an old world earthiness. Green pepper typically takes a backseat to black currant, fruitcake, and raspberry, with subtle acids and a long, languorous finish. Expect to spend $25–$30.

Nagy Somló is Hungary’s tiniest wine region, but its wines are possibly the most fascinating in Hungary. Somló is only 300 hectares (741 acres), located on an extinct volcanic butte about 90 miles west of Budapest. The bedrock is black basalt, the remnant of ancient lava flows, and above it lies a topsoil with loess, clay and sand. The unique terroir makes some of the smokiest, most fiery white wines in the world.

For centuries, people believed that the volcanic Somló wines had positive effects on everything from anemia and paralysis. In fact, legend has it that aristocrats and monarchs sent fertile women there to drink the wine, believing that the wine’s overpowering masculinity would lead them to beget a male heir.

While all the wines produced on Somló are remarkably volcanic, the Juhfark (“you-fark”) deserves special mention. Grown only on the volcanic soils of Somló, Juhfark–or “sheep’s tail” in Hungarian,–makes white wines that are ashy, savory and fierce. The wines have flavors of lemon, smoke and wheat, with mineral-driven intensity. While Juhfark’s effects on health (and masculinity) have yet to be proven, its uniqueness makes it a coveted bottle among wine geeks. Juhfark is best after it’s had some time to mellow out in the bottle, when it begins to show a golden, savory richness and express more citrus fruit. Retail is between $25–$30. 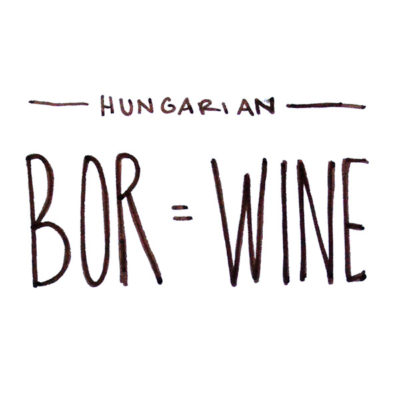 What’s in a Name? Nearly every single language’s word for wine derives from the latin word vinum. There are only three languages whose word for wine does not: Greek (oinos), Turkish (sarap), and Hungarian (bor). Some historians believe this might indicate an early Hungarian connection to winemaking unrelated to the Romans, feeding the strong suspicion that Hungarian wine culture predates most of the other wine cultures of Europe. 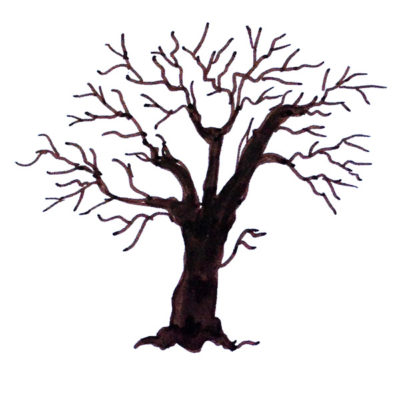 Hungarian wine is probably more than you expected, with wine regions and local styles that are as alluring as they are diverse. If a wine shop were organized by flavor profile, the wines of Eger, Tokaj, Villány and Somló would all respectfully belong in different corners of the store. Yet all the wines reflect something of their shared history. The fresh wines of Eger, the golden delights of Tokaj, the lush reds of Villány, and the ashy whites of Somló: they are bold, spicy, authentic and persistent. They are under-hyped, but are begging to become the next stars of the wine world. Opening a bottle of Hungarian wine is like uncovering a great historical secret. Luckily for us, the secret is out, and the history is just beginning.

New Yorker with a Budapest spirit. All about that Hungarian wine. @palinkerie