What was the cause of the grape phylloxera destruction and how come there is still no cure? 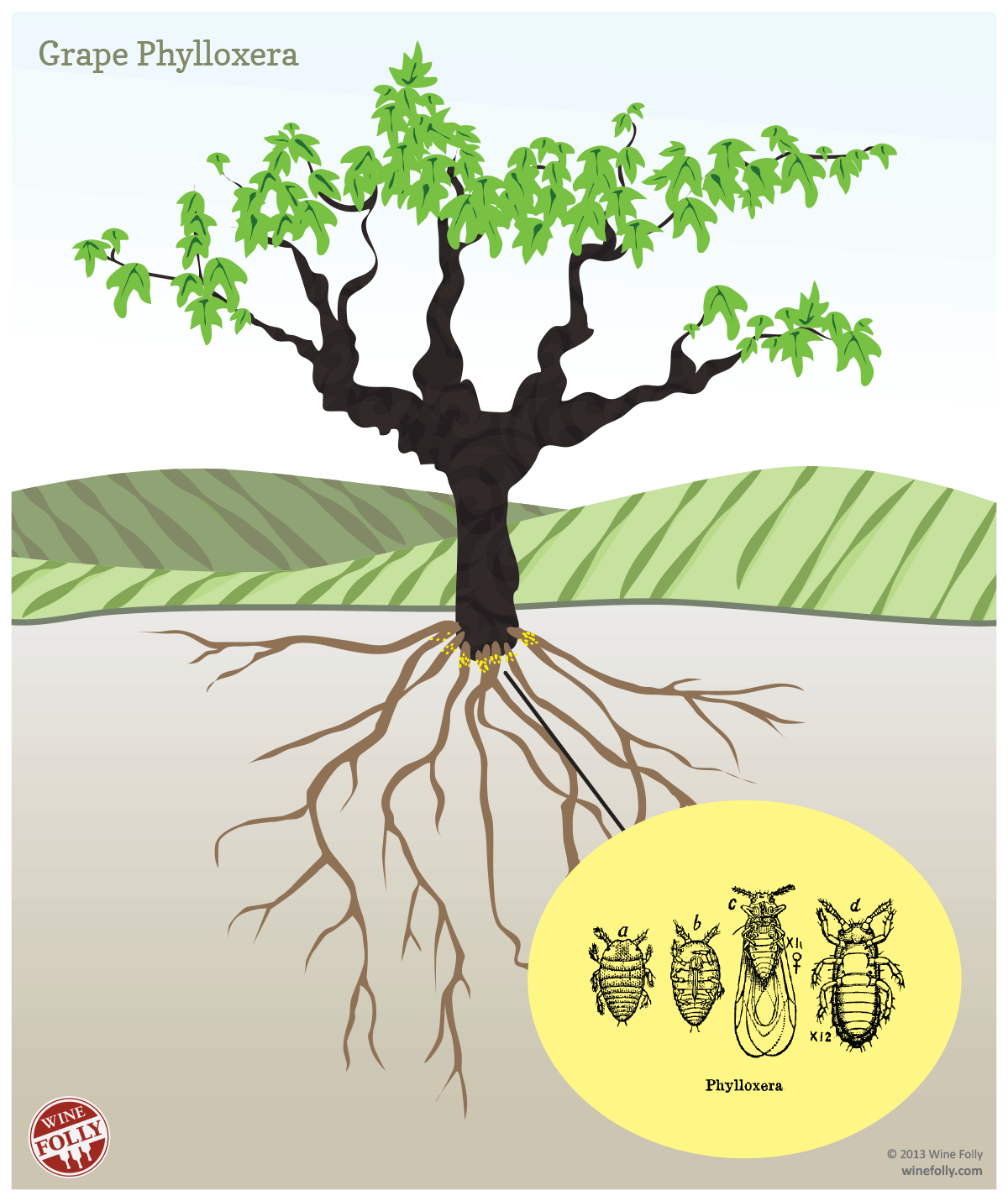 A lil’ history on the unstoppable plight

A scourge erupted in Europe that nearly destroyed every single wine grape in the world. In the late 1800’s, wineries all over Europe ripped up and burned their family’s ancient vineyards in a desperate attempt to stop the spread of disease.

By the 1900s Phylloxera had taken a beyond-imaginable toll: over 70% of the vines in France were dead –the livelihoods of thousands of families were ruined. All of a sudden, the world launched into an international wine deficit.

A Bounty for the Cure

Devastated by the wrath, the Minister of Agriculture and Commerce in France offered 20,000 Francs –$1 million today– to anyone who could find a cure.

Sorry to say, it came from the United States! This is where things start to get interesting:

Phylloxera may have spread through the unintended actions of “Count” Agoston Haraszthy, the man who started Sonoma’s oldest winery, Buena Vista Winery, in 1857.

In 1861, Haraszthy traveled to Europe tromping through the vineyards in France, Germany and Switzerland to collect samples. He brought back cuttings of 350 different types of grapes and started an experimental vineyard in Sonoma.

Sadly, the vines turned brown and died –the first infestation of Phylloxera in the U.S.. After much defeat, Agoston Haraszthy filed for bankruptcy and eventually left the U.S., never to return.

Scientists of the day made a great effort to understand the little louse.

Over 450 articles poured out about the subject of Phylloxera between the years of 1868 – 1871. Studies were conducted with test plantings, poison, flooding, soil types, grape breeding alternatives, and much more.

Then, an independent group of researchers including a Frenchman, Jules Émile Planchon, and an American, Charles Valentine Riley, discovered a solution! Grafting vitis vinifera (the European grapevine) onto American root stock stopped the root-eating louse.

While the original researchers never sought the reward, which had grown to nearly $5 million of today’s money, a viticulturist in Bordeaux called Leo Laliman did. Laliman had taken the experimental techniques and turned them into a commercial practice in Bordeaux. The government turned him down, saying that he’d merely used preventive measures and didn’t develop a cure.

The danger is no less in the U.S. In the 1990’s a mutation of Phylloxera called “Biotype B,” was found thriving in AXr1, which was a common rootstock. About two thirds of the vineyards in Napa during the 90’s were replanted. Phylloxera has also devastated many ungrafted vineyards in Oregon, whose owners had hoped that the louse wouldn’t infest the virgin soils.

In Australia, Queensland was infected in the 1870s. The Australian governement responded to protect their precious vineyards with the Vine Protection Act of 1874, which ceased the common practice of transporting vines, machinery and equipment throughout the states. Today, Tasmania and Western Australia have still never been infested.