This is an advanced article on the minutia of the different terroirs of Rioja. If you’d like to learn the basics the Tempranillo-based wine of Rioja including Crianza, Reserva and Gran Reserva, check out this awesome article on the styles of Rioja wine.

Rioja is the infamous wine named after the region of La Rioja in Northern Spain. La Rioja is most famous for its wines made with Tempranillo grapes that grow well in the region’s dry climate.

La Rioja is in the Ebro River Valley and its 7 small tributaries create the valleys of Rioja. In ancient times, the tributaries were more like rivers, but as the climate has changed, these rivers have become small streams that in some cases nearly dry up by harvest.

Despite their decreasing size, the small valleys contain a large portion of the biodiversity in Spain (36%) due to their unique climate and terrain. This diversity also explains why Rioja wines can be so different in style and flavor across the entire region. So, if you love Rioja and Tempranillo, it’s useful to know about the 7 valleys and what makes them unique. 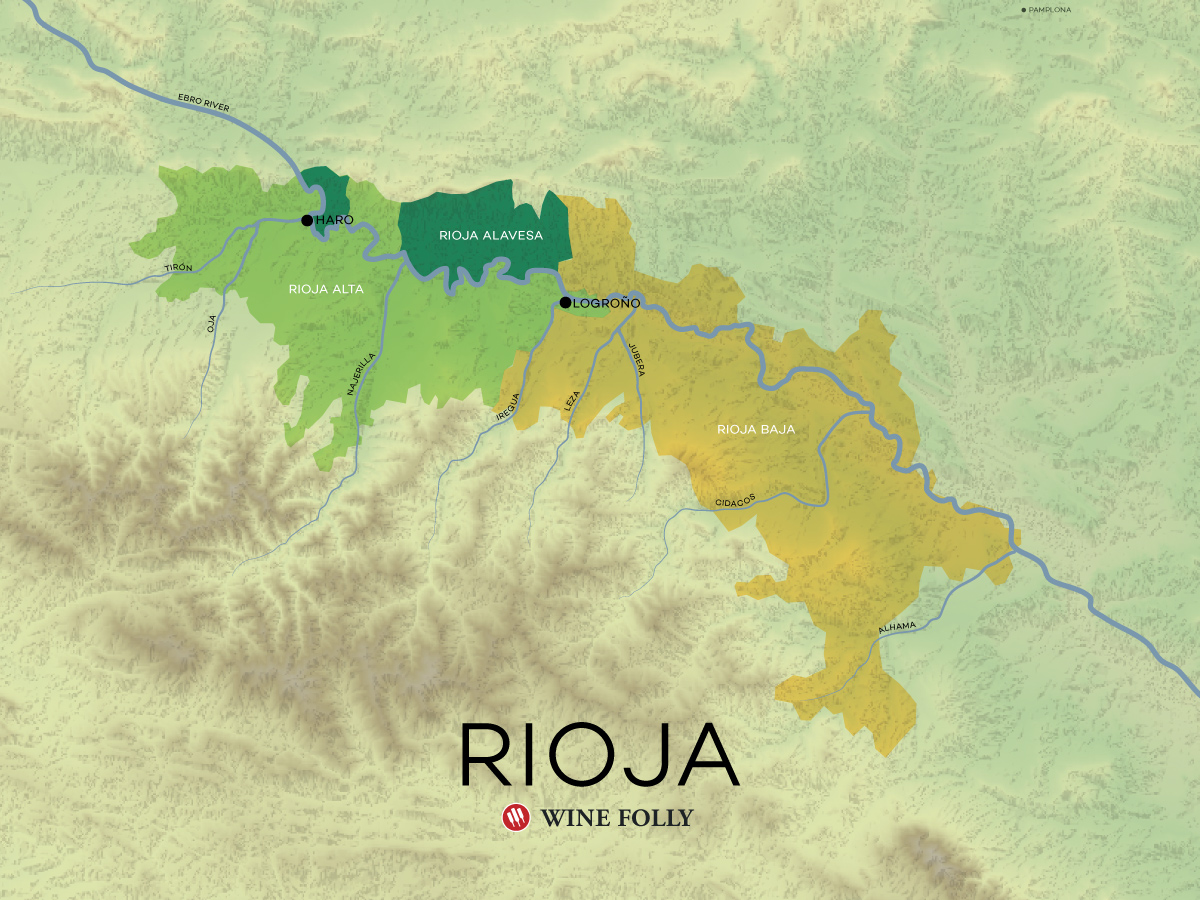 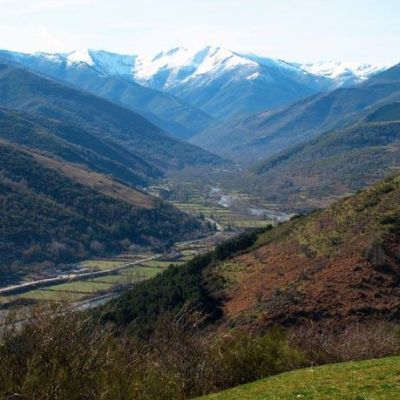 The Oja (and Tirón) rivers connect to the Ebro at the hill city of Haro. The vineyards in the Oja/Tirón watershed are known as the highest elevation vineyards in Rioja Alta and are sometimes referred to as “Alta Alta.” The vineyards close to Oja have clay and sandy alluvial soils that are often covered with white river stones (similar to parts of Châteauneuf-du-Pape). When well-made, resulting wines are highly aromatic with richer, more plump (less acidity) plum flavors with earthy notes of forest floor and cigar. The vineyards on the north side towards the Obarenes Mountains (which separate Rioja from the Bay of Biscay) have calcareous clay soils which look very chalky and dry on the surface. Wines will have more lean minerally, red-fruit flavors with heightened acidity and marked tannin. These wines tend to taste better after long-term aging.

Rioja has 3 official sub-regional growing areas and they are Rioja Alta, Rioja Baja and Rioja Alavesa. Although it’s uncommon to find wines labeled with these names, it’s very common to hear aficionados talk of the greatness of Rioja Alta or Rioja Alavesa, due to their position higher up in the Rioja Valley and their predominance of a particular soil type called calcareous clay which produces wines with greater aging ability. And while it’s true that many of the great wines or Rioja come from these 2 areas, you can still find incredible wines from Rioja Baja, depending on the producer and the vineyard’s position within the region. 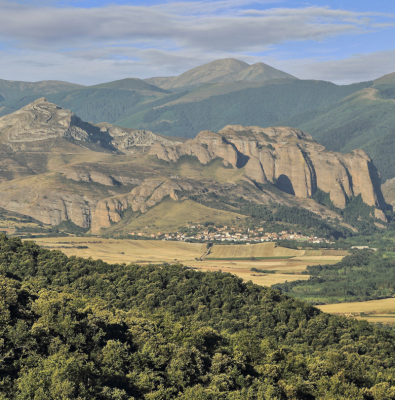 The Najerilla Valley has the greatest number of acres dedicated to vineyards in Rioja. The region also contains a great number of very old vineyards with Tempranillo and Garnacha vines aging 80–100 years. There are also ancient terraces carved out of the hills higher up in the valley. Besides a patch of calcareous clay soils where the Najerilla River meets the Ebro, the majority soils here are iron-clay in nature with a ruddy orange color. Wines often have a smoky tobacco note along with rustic red fruit flavors with heightened acidity and tannin. 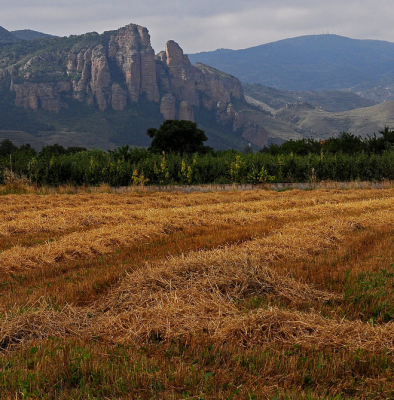 The Iregua River is the dividing line between Rioja Alta and Rioja Baja. The Iregua River connects with the Ebro in La Rioja’s largest city, Logrono and the region is more populated than the rest. The Iregua Valley also contains many orchards with other crops like olives, almonds and walnuts as well as vineyards. Vineyards in this region appear to be divided between iron-clay soils and alluvial sandy clay soils. Because of the warmer shift in temperatures of the region, you can expect wines to have medium acidity and, if grown in the alluvial sandy soils, to also have less tannin with candied black cherry and black plum fruit flavors. The great producers in the region focus on fruit selection during harvest which greatly increases the quality. 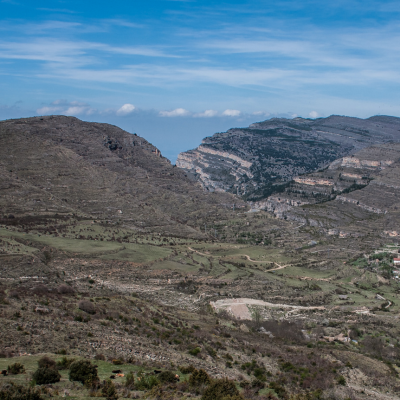 The Leza River is the most obvious climate divide between Rioja Alta and Rioja Baja. Speaking generally, the Rioja Alta areas tend to be cooler, greener and more lush than the Rioja Baja due to the influence of the cool air from the Bay of Biscay in Basque country. The Rioja Baja region is noticeably drier and the Leza Valley contains steep canyons that are reminiscent of what might be found in a high desert. Wines in the Leza Valley grow in predominantly iron clay soils and producers in the region specialize in young, fresh red fruit-driven Tempranillo wines as well as fruity vanilla-imbued wines from being aged a year or more in oak. The ferrous (iron-ish) soils can make the young wines taste somewhat meaty. There is one region of note called Murillo de Rio Leza which is at the junction of the Jubera and Leza Rivers. 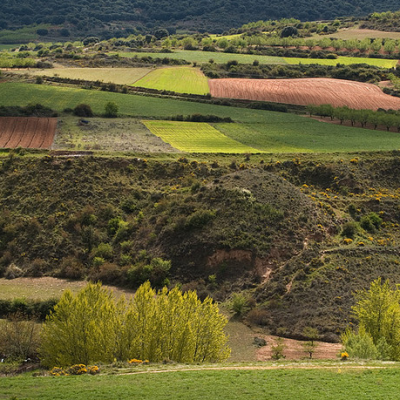 A stream that flows into the Leza River has more alluvial soils that contain a higher prevalence of limestone (that white chalky stuff). Vineyards here are old and typically hand harvested with wines having slightly more complexity with higher acidity than Leza Valley. The most notable areas are the wine villages of Murillo de Rio Leza, Ventas Blancas and Santa Engracia del Jubera. 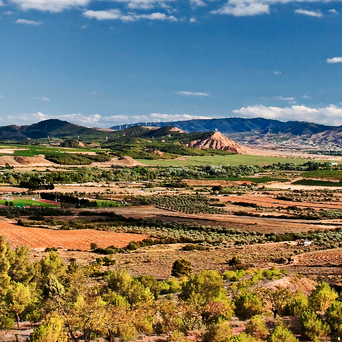 The Cidacos Valley, as it dips into the Ebro, is mostly too hot to produce wines of great quality. However as you go farther up the river into the higher elevation areas, wines can be quite distinctive. Here the vineyards are very spread out between the vines because of limited water and the soils are a mix of iron clay and limestone clay. Wines from this region often will be lighter in color but have bold dried fruit (like fig) and tobacco flavors. It’s also pretty common to find organic wines in this area due to little stress from pests. A well-known producer in this region is Bodegas Ontañon. 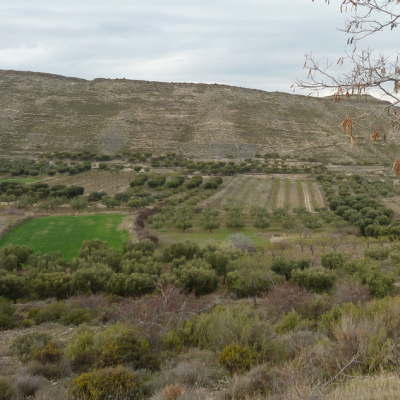 The most southern valley of La Rioja borders the wine region of Navarra and is also close to Campo de Borja wine region in Aragon, Spain. The best vineyards in this area can be found in the valley high up in the mountains. In fact, in this mountainous area is where you’ll find a biosphere reserve that is recognized by UNESCO for its rich diversity of flora and fauna. When well-made, wines from Alhama have rich black raspberry flavors with subtle notes of cigar box and vanilla. Because the region is so un-talked about, you can often find outstanding value.