Many American culinary traditions are borrowed from the French (omelette anyone?), and wine making is no exception. The most popular grapes in the United States (Chardonnay and Cabernet Sauvignon) are both French varieties, and many of the techniques practiced in the States were learned from French winemakers.

So, it’s not a surprise that we would create a wine blend and name it after the blends’ place of origin, if for no other reason than to don respect. 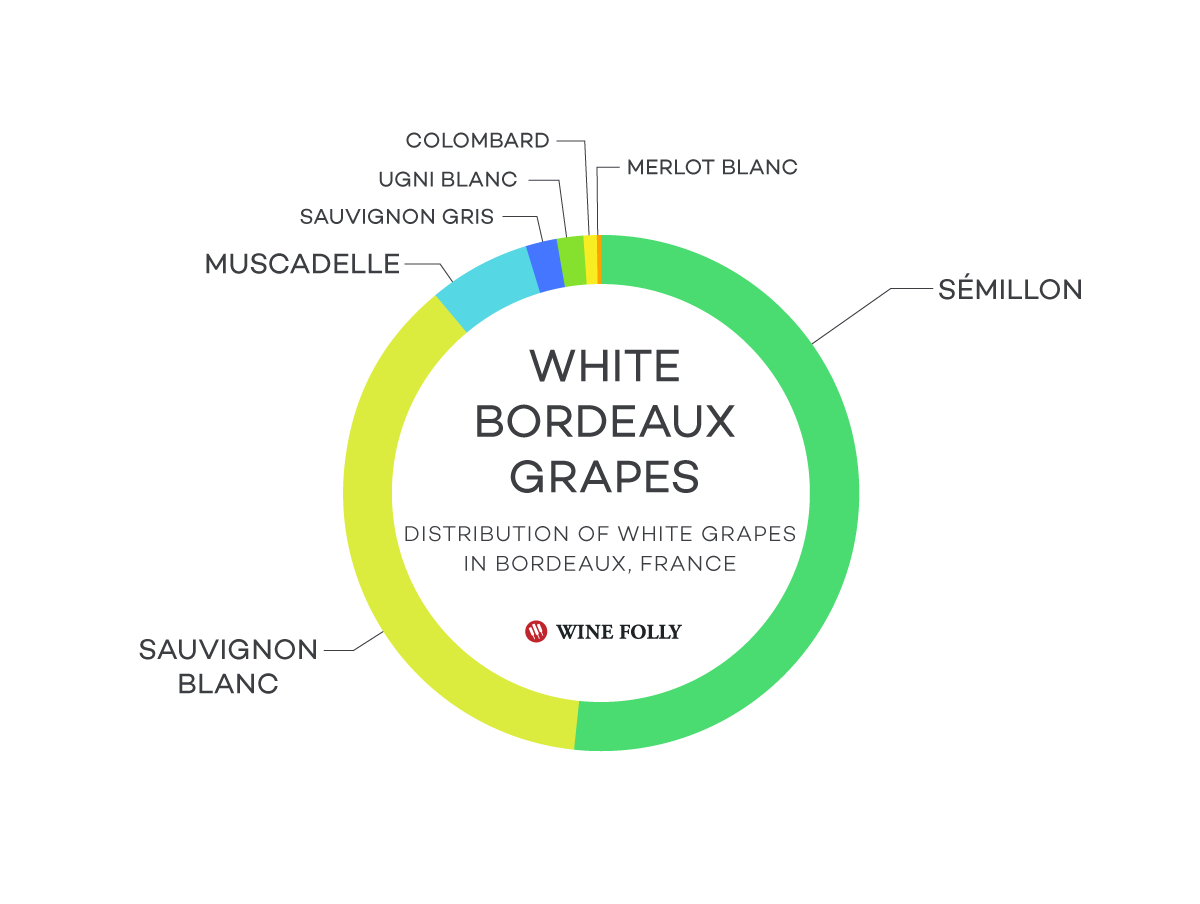 The last blend of Bordeaux wine is not red at all. Bordeaux Blanc is a zesty blend of primarily Sémillon and Sauvignon Blanc (with a tiny bit of Muscadelle and/or Sauvignon Gris).

In December 2020, the Council of Wine in Bordeaux (CIVB) decided to allow several additional wine grapes into Bordeaux blends. This was a huge deal because changes like this rarely happen!

Why Would Anyone Change The Bordeaux Blend?

If it’s not broke, don’t fix it, right? As it turned out, several wine growers in Bordeaux would disagree. These winemakers have found forgotten varieties planted throughout the region. Grapes like Castets, Mancin, Bouchalès, St-Macaire, and Peloursin (all red) could have been more common before phylloxera hit Bordeaux in the late 1800s.

Producers like Chateau de la Vielle Chapelle, Clos Puy Arnaud, and Chateau Cazebonne have made efforts to establish these old, rare varieties back into the region.

Another concern is the changing climate means adjustments must be made. Perhaps that’s why we see the addition of Alvarinho and Touriga Nacional (which are both Portuguese varieties) added to the list as well.