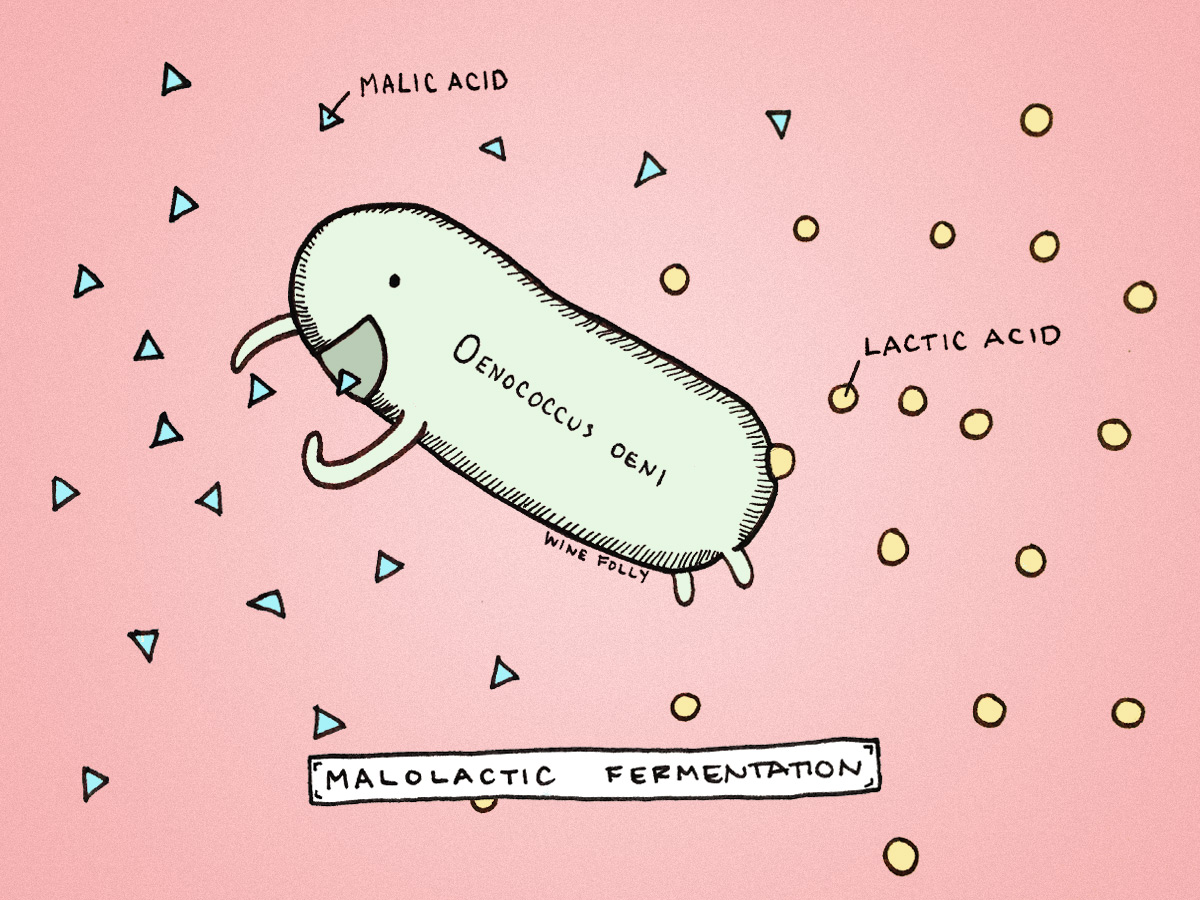 MLF isn’t technically a fermentation because it doesn’t use yeast. Instead, a special kind of bacteria called Oenococcus oeni (along with a few other Lactobacillus strains) eat the malic acid in wine and poop out lactic acid. Yum! The result is a wine with a creamy, almost oil-like texture on the middle of your tongue, that adds a marvelous, velvety texture to the wine. Thank you, lil’ guys!