Wine is a beverage shaped both by innovation and fashion for several thousand years. You can learn a lot about how life must have been by understanding how wine has changed throughout history.

The Original Vintners of the B.C. Age. 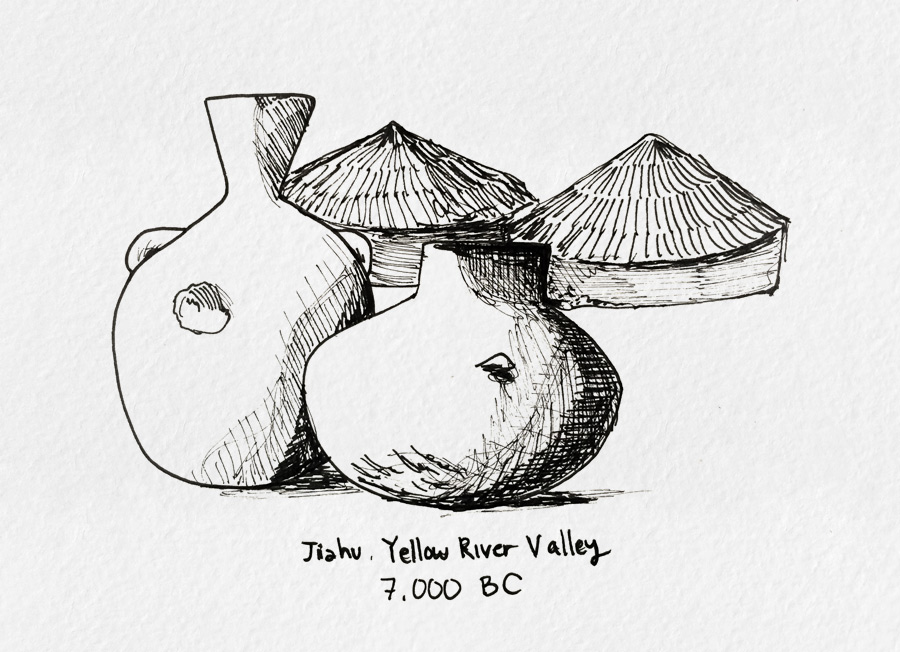 7,000– 6600 BC The ancient tribes from Jiahu in the Yellow River Valley of China (Henan province) made a fermented rice/honey/fruit wine and stored it in earthenware jars. 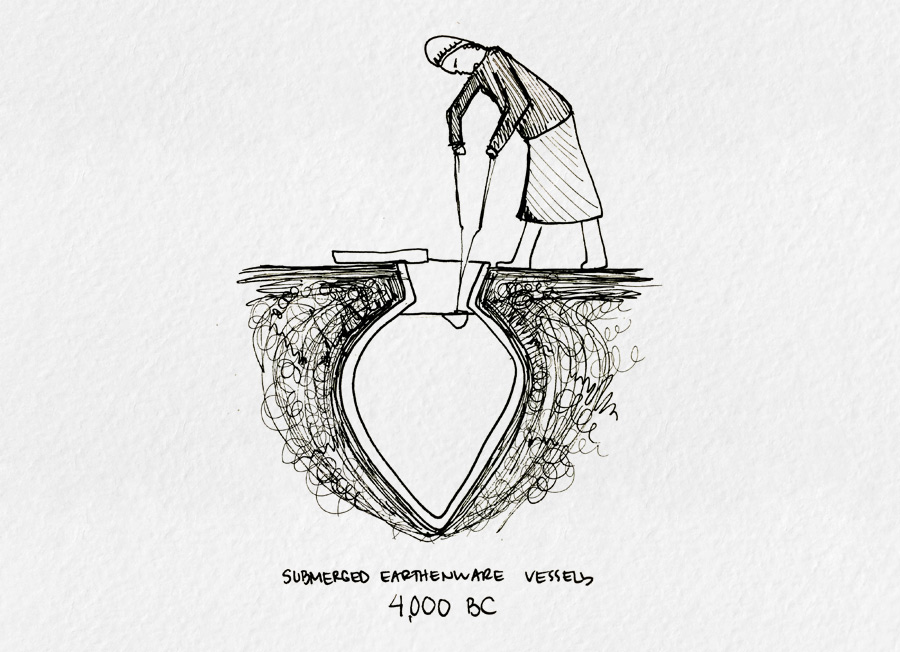 1600–1100 BC Ancient practices from the areas of New Kingdom of Egypt, Assyria, and Mesopotamia indicate wine may have been transported in amphora or goatskins.

1400 BC Amphora is the primary method used to ship wine in Canaanite (ancient Israel) and Mycenaean (the first Greek) cultures. 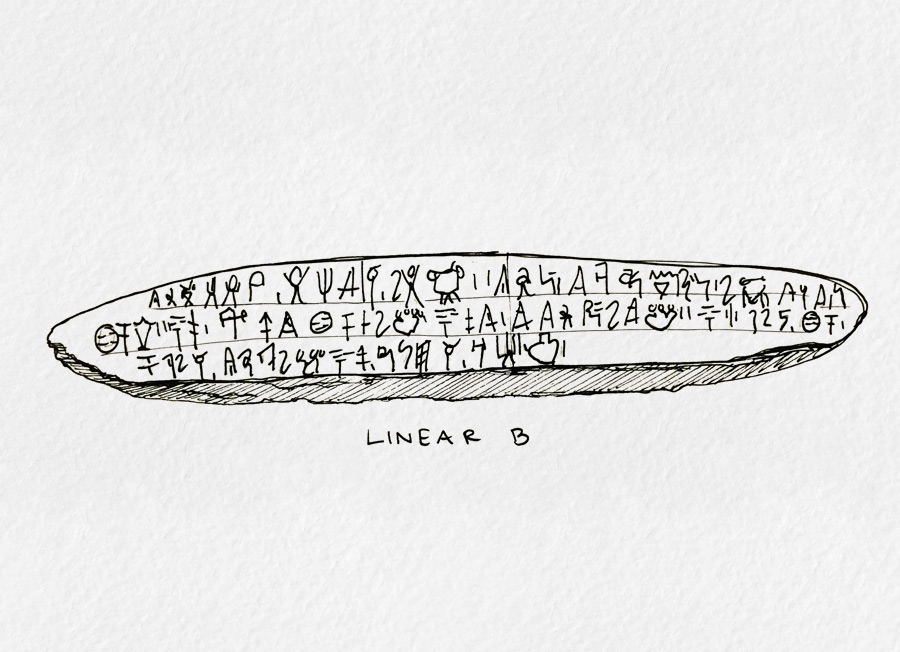 1500–1200 BC Ancient Pylos tablets written in Linear B (ancient Greek transcript) include messages about vines and wine. 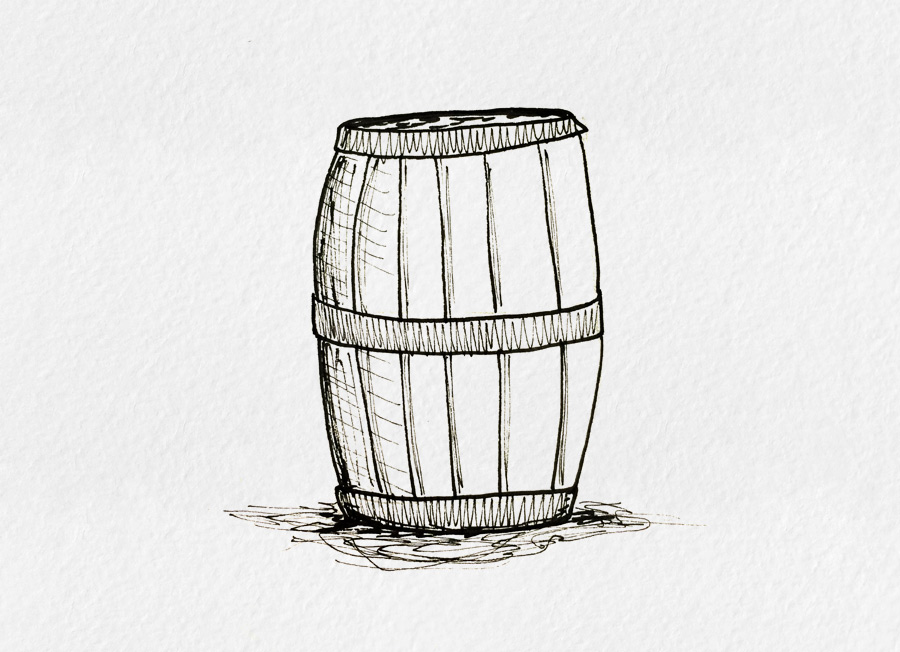 900 BC During the Iron Age in Northern Europe (Gaul), barrels are the preferred container to store and ship wine. Today, barrels are still used to flavor (season) wine and intentionally oxidize wine. 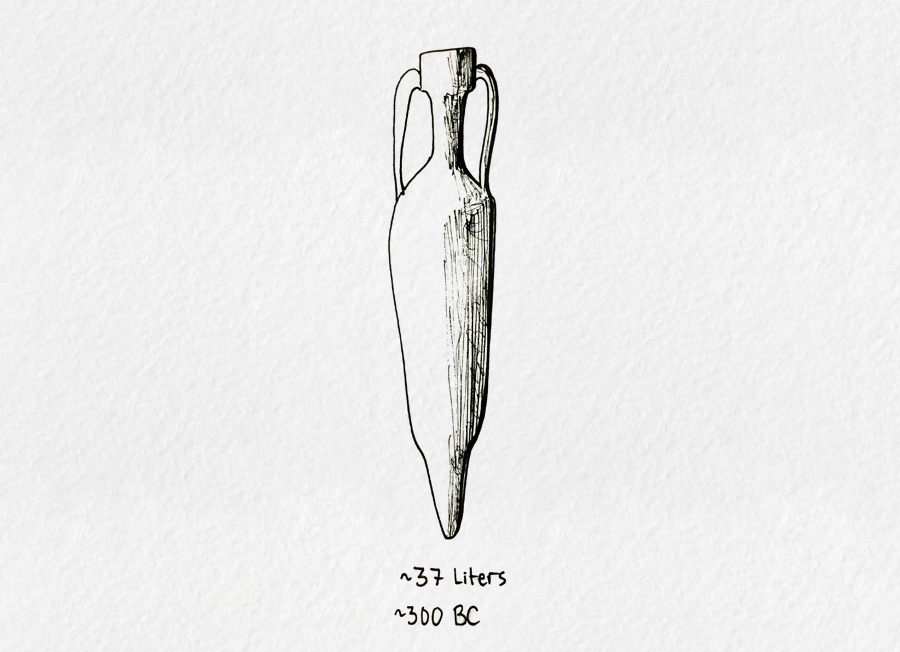 900–100 BC Clay amphorae are used to store and transport wine in ancient Greece and Rome. 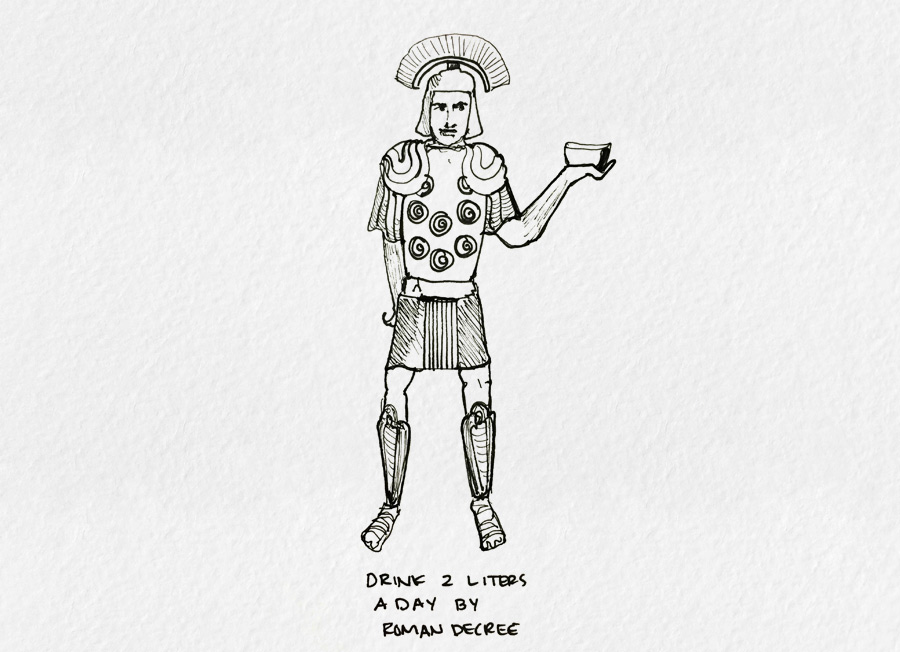 200 BC Roman soldiers are encouraged to drink 2–3 liters of wine a day for good health.

121 BC is called the Opimian vintage, the best vintage of the Roman golden age. The vintage is named after consul Lucius Opimius. 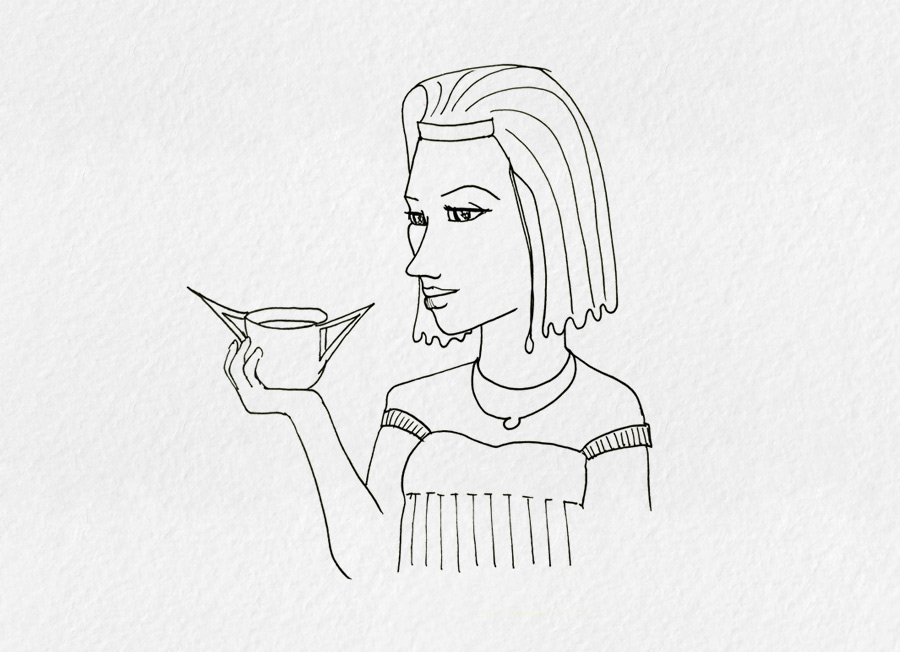 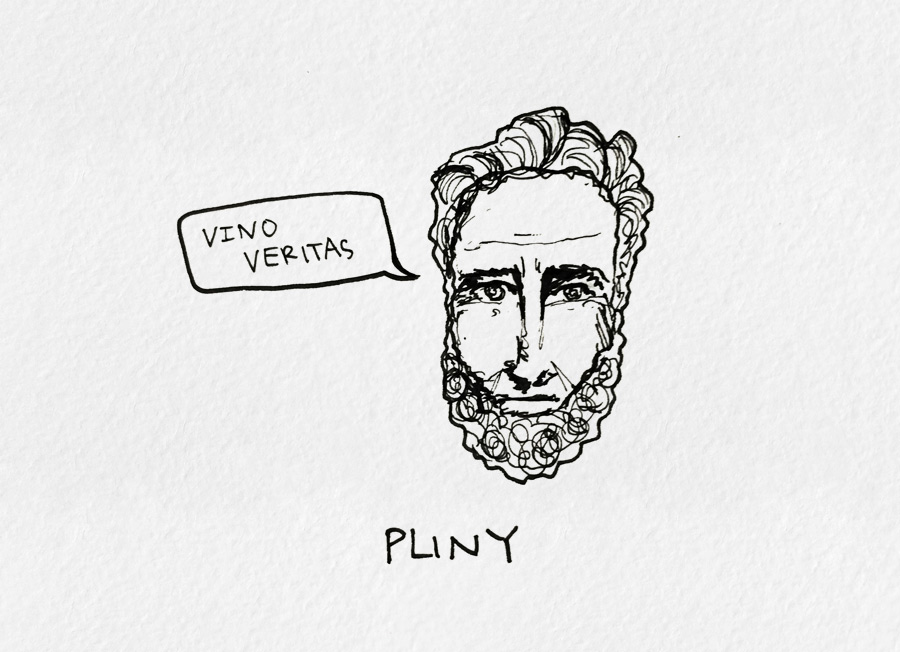 Heading Toward the Modern Age

77 AD Pliny the Elder writes “vino veritas” or “In wine, there is truth” in Naturalis Historia. 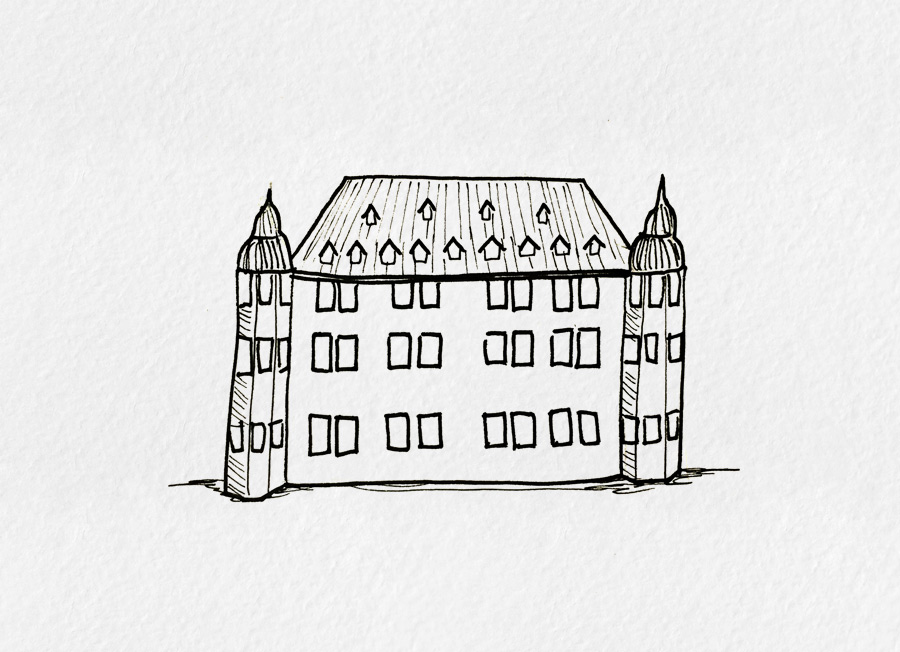 1100 Schloss Vollrads is built. It was razed in 1525 but built again and still produces wine today in the Rheingau of Germany.

During the 15th and 16th centuries, wines that may have been sealed and stored in stoneware (perhaps Frechen) jugs re-fermented causing them to have spritz. These creamy or “Crémant” style led to the creation of French sparkling wine and British cider. 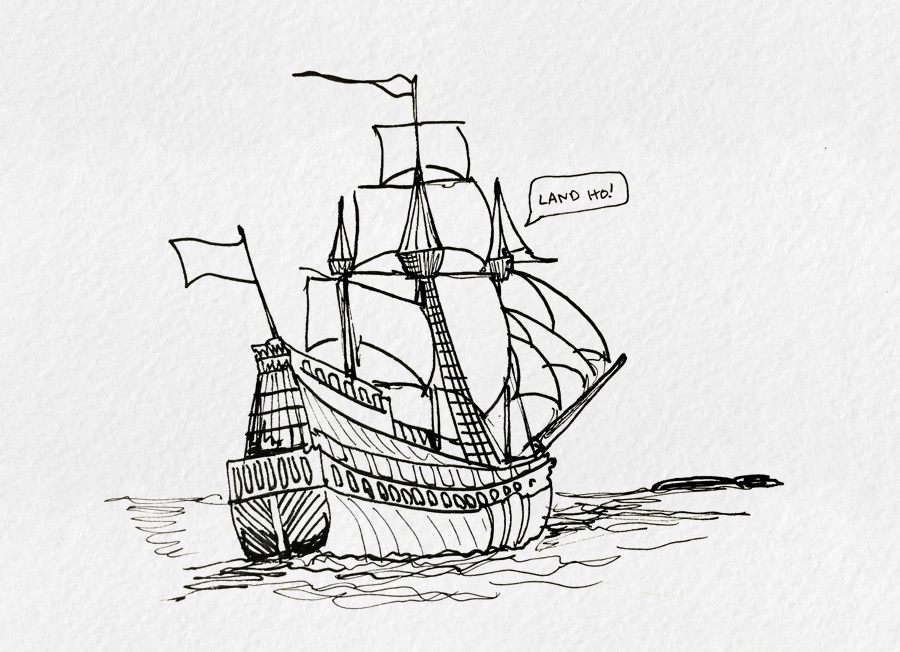 1530 vines are imported by the Portuguese and Spanish to Mexico and Brazil. 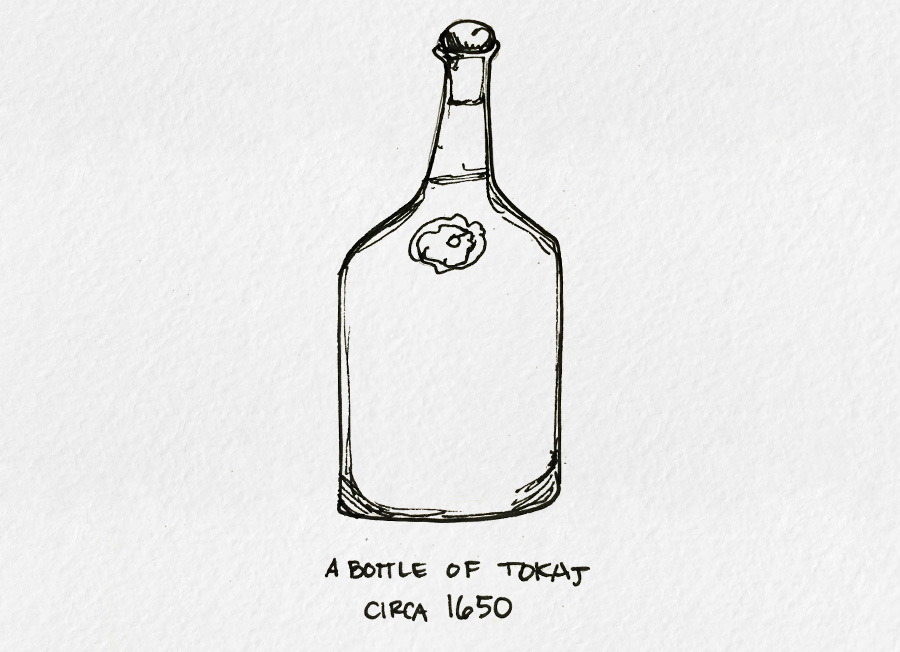 1600 the most highly desired wines of the day are sweet white wines such as Sauternes of Bordeaux, Riesling of Germany, and Tokaji from Hungary.

1600s glass wine bottles were first popularized in Portugal in an attempt to age Port wines, inspired by records of amphorae. Unfortunately, bottles stood upright, and the corks would dry out and lose their seal. 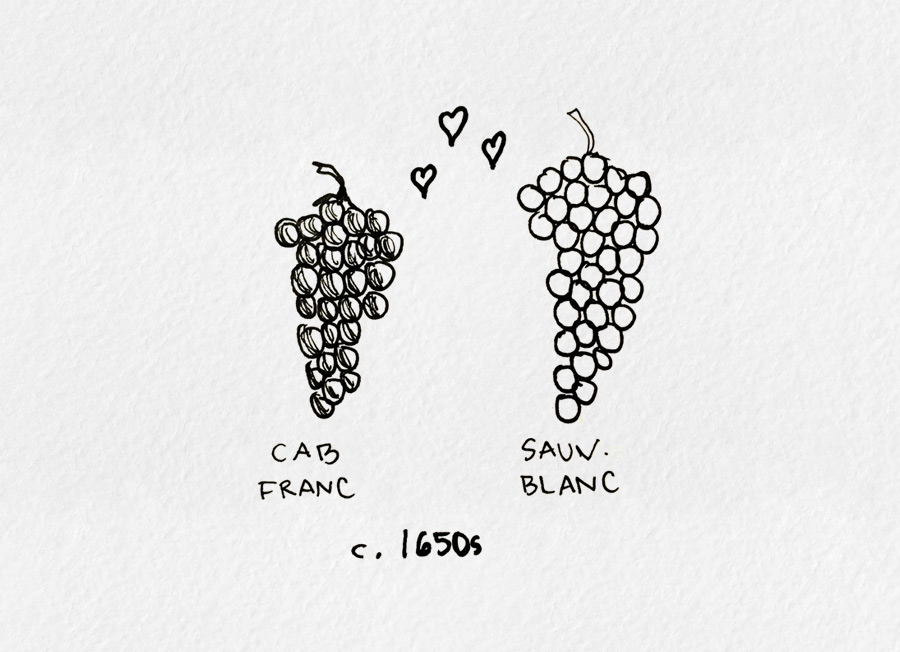 1659 Grape vines are first introduced to South Africa which leads to the creation of the great sweet wine Vin de Constance. 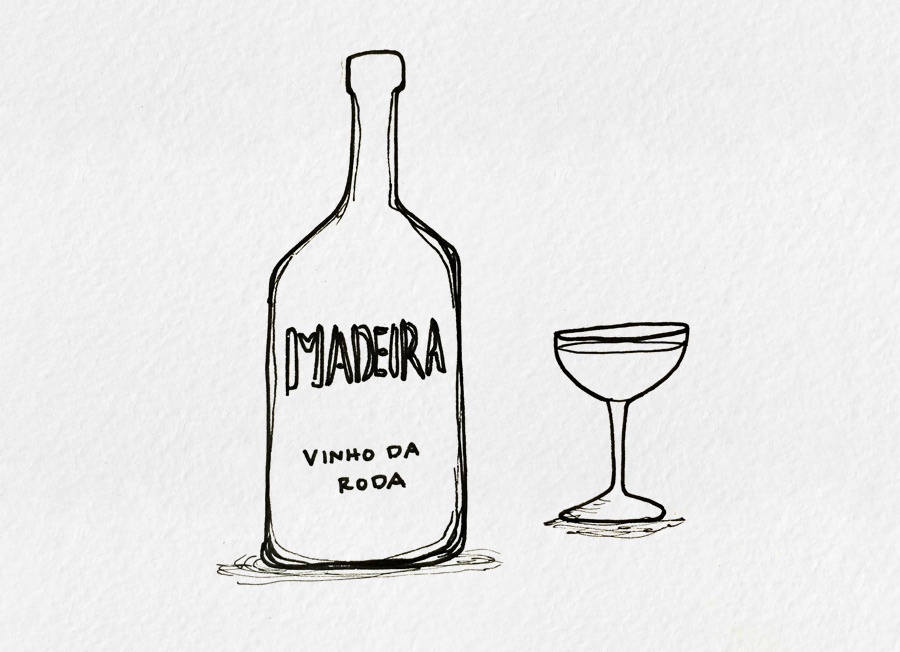 1776 Madeira was the wine enjoyed at the signing of the constitution. 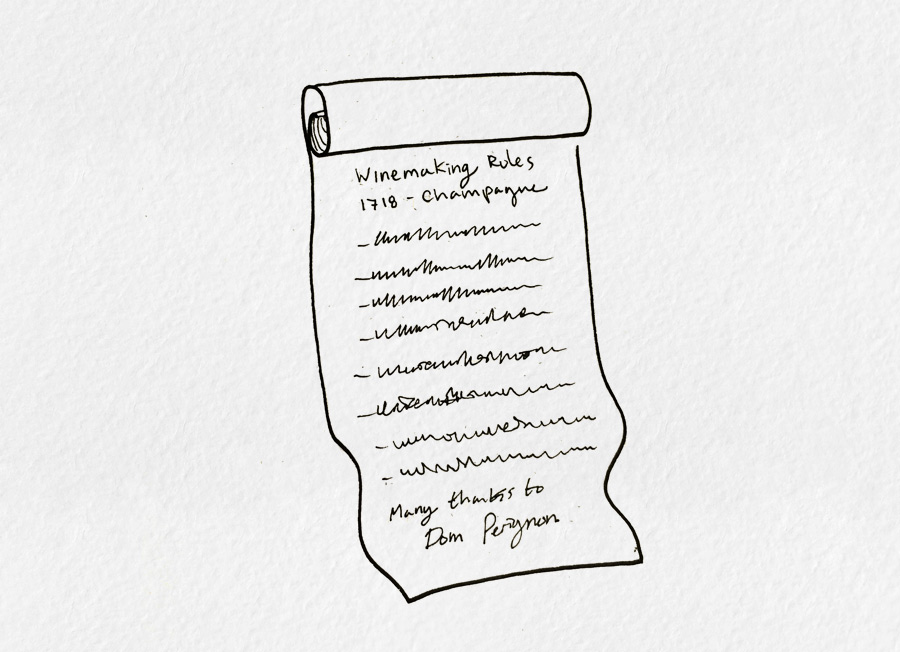 1718 The abbey in Champagne publishes a set of winemaking rules said to be established by Dom Perignon for quality winemaking. It warned against using white grapes (Chardonnay) to keep wines from becoming sparkling from re-fermentation (considered a wine fault). Today, Chardonnay is a desirable grape for sparkling winemaking in Champagne.

1737 The first demarcated wine region of the world is Tokaj in the foothills of the Zemplén Mountains of Hungary. It was demarcated to protect the sweet white winemaking tradition of Tokaji Aszú (Furmint grape) which had been made for nearly 1000 years. 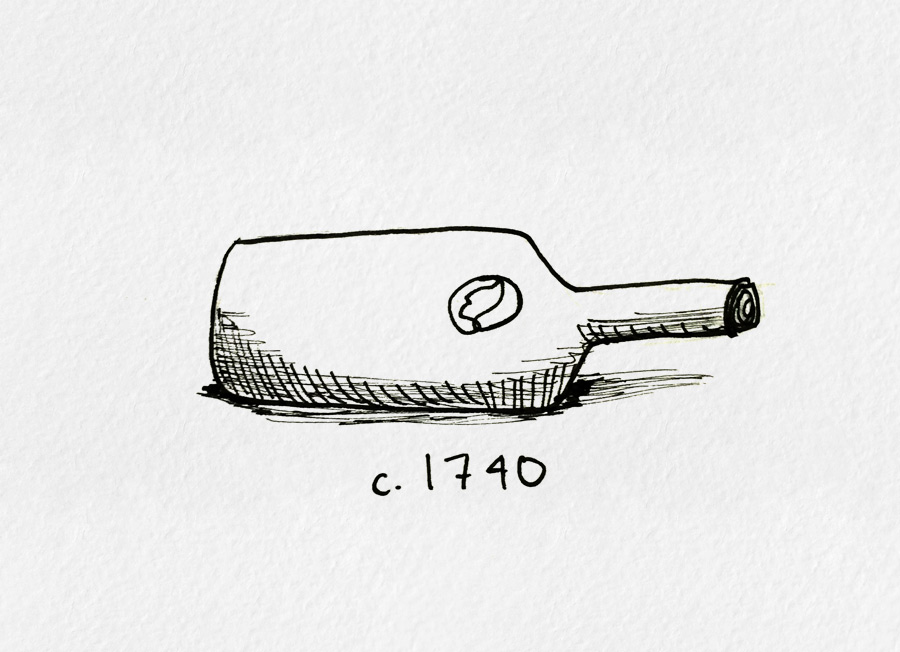 1740 bottles were redesigned to be laid on their side, creating the ability to age wines long term.

Mid-1800s sparkling wines are popularized in Champagne partially due to consistency in wine bottle manufacturing. 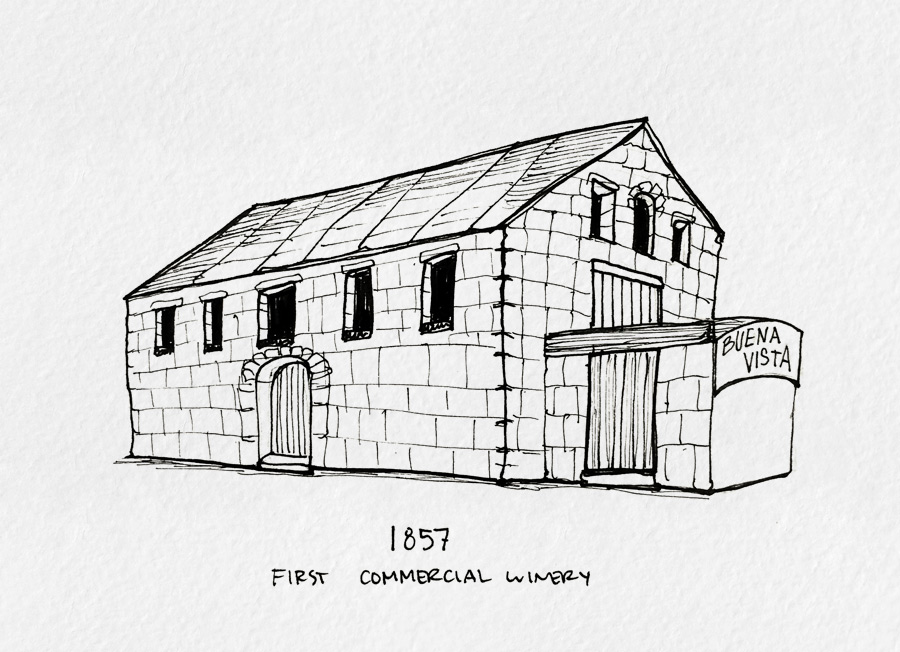 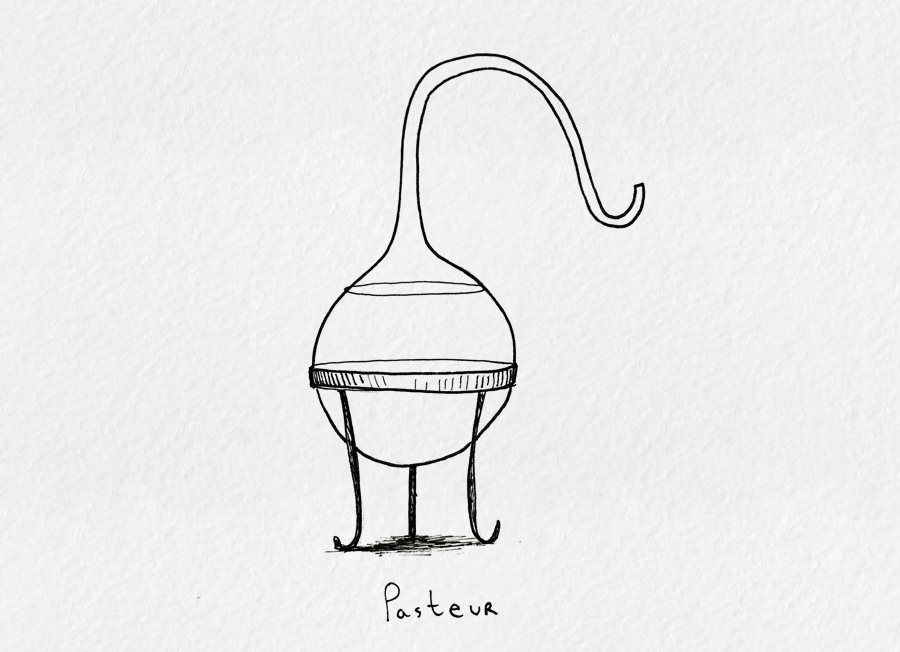 1860s the red wines of Barolo are sweet.

1890 Zinfandel is the most planted grape in America.

1900 by this year, 70% of vineyards in France are killed by Phylloxera. 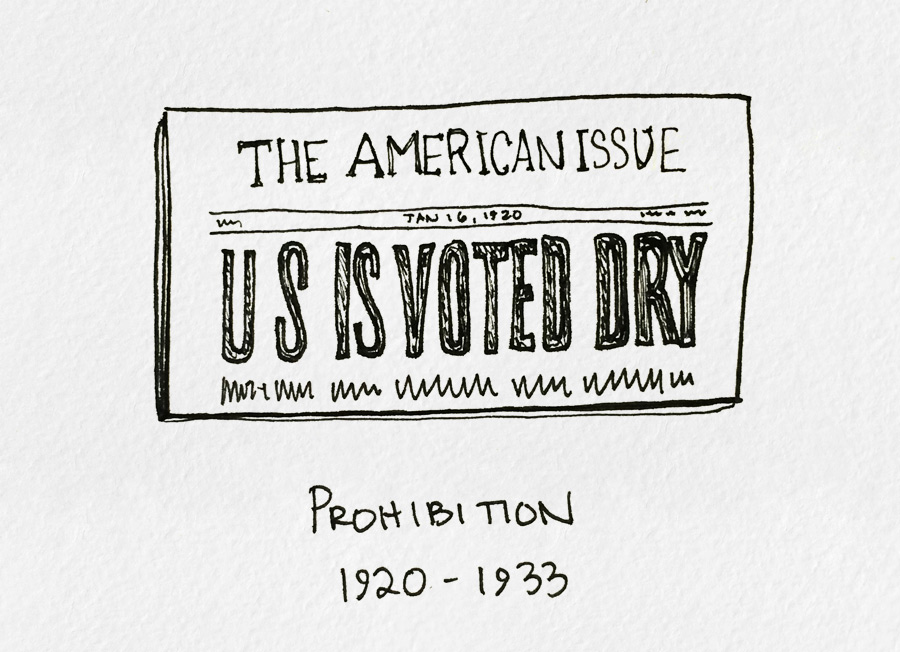 1950s French wines are popularized in the United States. 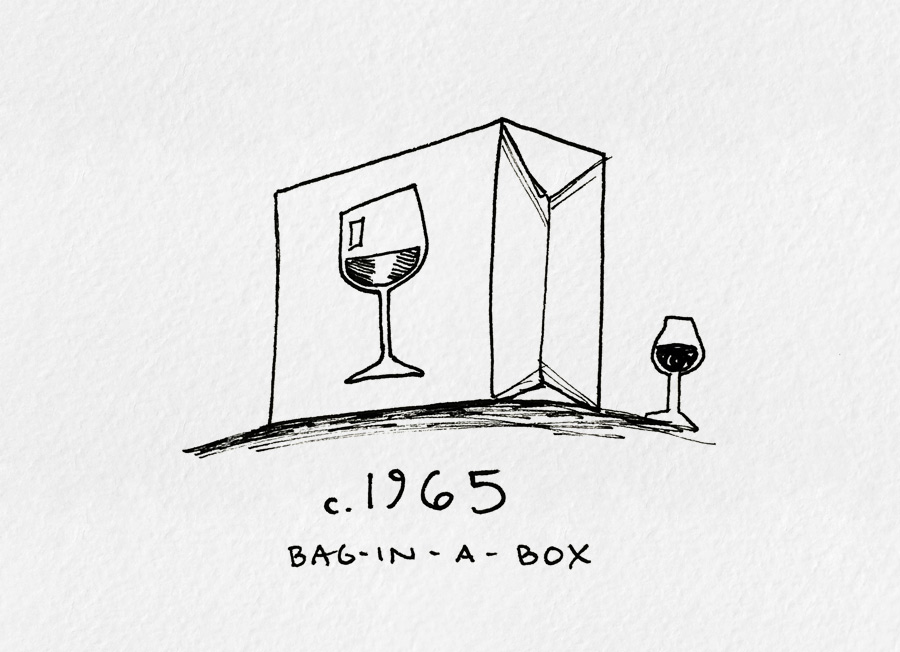 1964 The first bag-in-a-box wines are introduced.

1967 The first Vinitaly exposition is held at the Palazzo della Gran Guardia in Verona, Italy. 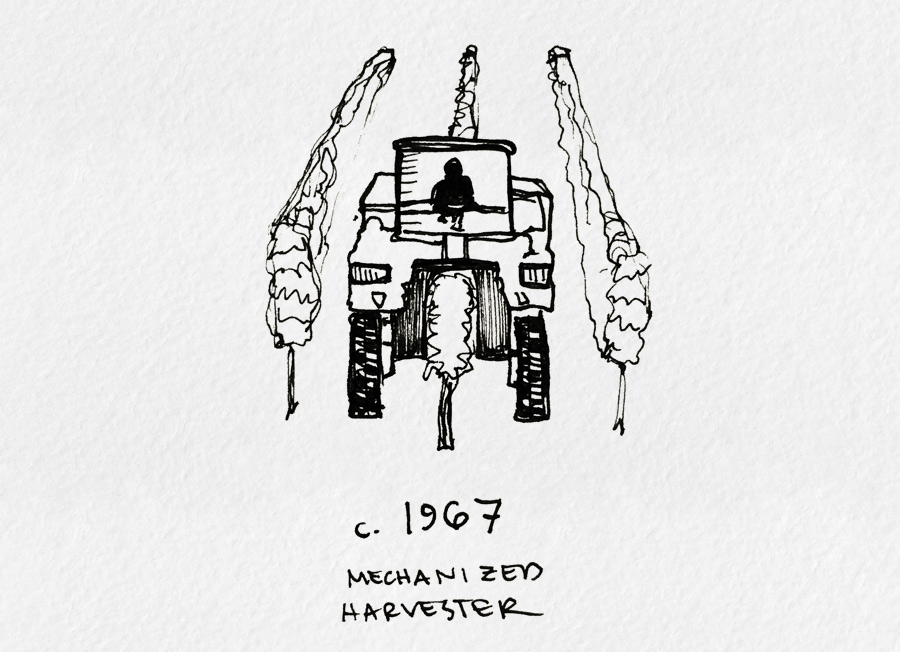 1967 The first mechanized harvesters were commercialized in New York. 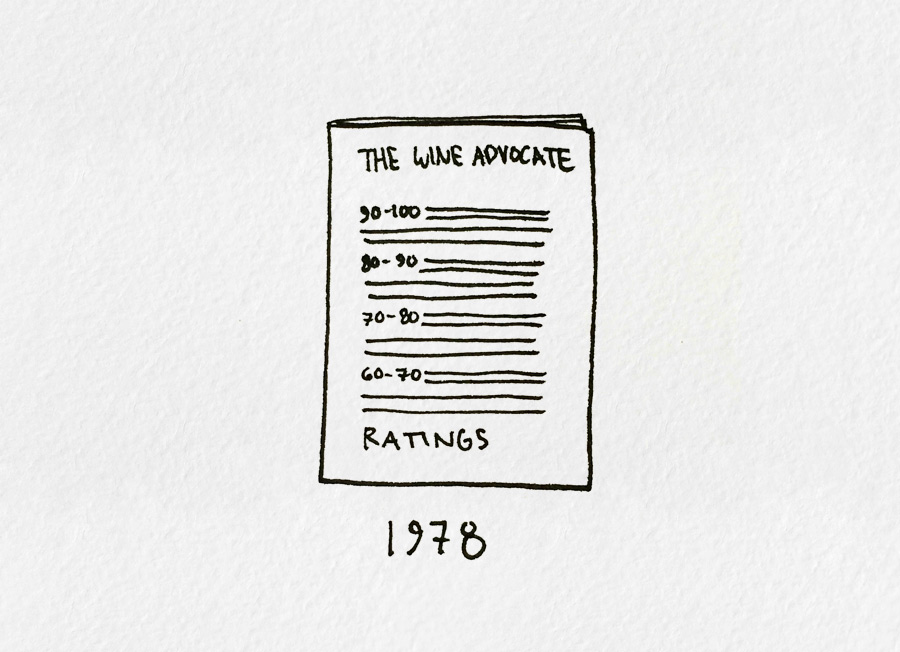 2000 France is the world’s largest producer of wine in the world. Italy is second.

2010 Cabernet Sauvignon is the world’s most planted wine grape.

2013 China becomes the world’s largest consumer of dry red wines in the world.

Fascinated by wine history and want to learn more about specific regions or wines? Check out the The Master Guide – Wine Folly: Magnum Edition with tons of great information on wines, grapes, regions, and more.