Remember when 2019 started? Neither do we. It’s been one of those years where no one really wants to look back.

The highs and the lows of wine in 2019 couldn’t be more extreme. Let’s ride the roller coaster of 2019 and take a look at what really happened in wine.

A changing-of-the-guard couldn’t be more apparent with the official retirement announcement of Robert Parker earlier this year. Additionally, Robert Parker’s Wine Advocate got swooped up by Michelin Guide.

Is this an end of an era for wine critics? We think not! If anything, this is going to inspire a new generation of wine influencers to fill the void!

A lady found drinking wine from a Pringles can is banned from Walmart.

How this made international news is beyond us. Shortly after the news broke out there was a rush of “pringles wine tumblers” available on Etsy. On the plus side, we finally learned that Walmart has baseline standards for its customers.

A server accidentally served a $5700 bottle of wine to a table. The guests didn’t even notice!

Whoops! A $5700 bottle of Chateau Le Pin was accidentally served to a couple who ordered a $333 bottle of Chateau Pichon Longueville. Sadly, the only person who figured it out was the Hawksmoor restaurant manager at the end of the night. Apparently, the couple left not even realizing that they’d drunk such a fine wine.

Many layers to unpack here.

A case of Bordeaux is shot into space on purpose.

A startup testing the effects of gravity and radiation sent up a case of red Bordeaux to the International Space Station. The goal is to learn how wine ages in space and compare the bottles to earth-aged wines.

They are also testing whether or not three Americans, two Russians, and an Italian can resist drinking the wine while aboard the space station.

We say: DRINK THEM!

Red wine is good for astronauts and little old ladies.

New research on resveratrol has shown that the wine derivative improves bone density. This is fantastic news for little old ladies and astronauts! Perhaps viticulture on Mars is in our not-too-distant future.

(P.S. While the study is true, you’d have to drink hundreds of glasses of wine a day. Obviously, supplements are the smarter choice).

It was proudly revealed that Alexa can now tell the difference between the sound of a wine glass breaking and a window breaking.

What else has she been learning while sitting there quietly in the kitchen? 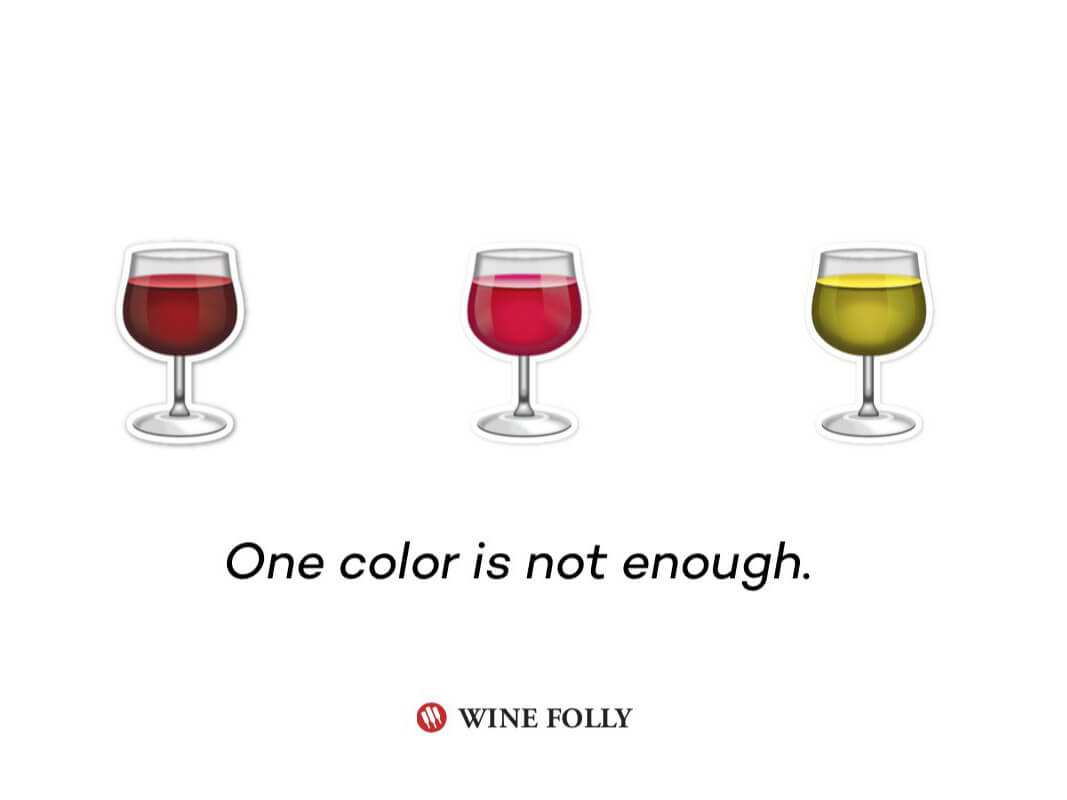 The Unicode Technical Committee has rejected the addition of the white wine emoji… at least for now. In order to make things fair, there was suggestion of removing all wine and just having and empty glass instead.

Thank goodness they didn’t do that. A half-glass of red wine is better than no wine at all.

If you thought canned wine was a fad back when we reported on it in 2016, well, you were wrong. Canned wine sales were nearly $80 million by June this year.

Consumers are willing to pay more for organic wine.

In a study connecting the dots between wine labeling of organic and conventional wines, consumers showed a willingness to pay more for organic wines. Yay! Unfortunately, as consumers become more educated regarding the meaning behind organics, they are less likely to pay more for any type of wine.

We scratched our heads on this one a bit, but we suspect that learning about the dilemma in organic wine labeling, they become completely disillusioned with the whole thing. There is clearly something consumers are willing to pay for, but organic isn’t it. Maybe natural wine has a stronger case than we think!

We can breathe a small sigh of relief in the fight for fair wine shipping in the US. The US Supreme Court found that the state of Tennessee had an unconstitutional discriminatory policy that required retailers have a two-year residency before opening up shop.

While the ruling doesn’t seem like a big deal, it actually opens up the opportunity for wine shipping from out-of-state retailers. This has had far-reaching implications across the nation! As if by magic, both Kentucky and Connecticut also came out with new, more lenient shipping laws. More will likely follow!

Sad news: a new 25% tariff on wine from Europe.

Way back in 2004, the US and European Union began disputing over airplane company subsidies to Airbus and Boeing. The whole thing came to a head this year and the World Trade Organization (WTO) allowed the US to impose $7.5 billion worth of tariffs on the EU. Having a teetotaler in the white house may have impacted the choice to tax our favorite things, including wine, cheese, and olive oil.

You thought it was bad here? China imposes massive 106% tariffs on US wine.

While we were freaking out over tariffs in the US, it’s even worse in China. After a 16-month dispute regarding technology theft between US and China, the US imposed $360 billion worth of tariffs on Chinese goods.

Naturally, China struck back with 106% tariffs on American wine. For example, a $40 bottle of American wine costs $82.40 to Chinese wine drinkers. Not surprisingly, the Chinese have opted for French, New Zealand, and Australian wines (which have much lower tariffs).

Wine business is a billionaire’s affair.

There were a few notable trades in the wine business this year. Firstly, Constellation Brands (NYSE: STZ) sold the majority of its wine brands to the privately-held wine giant, E&J Gallo. Apparently, Constellation has lost its stomach for wine and moved onto greener pastures…quite literally: cannabis.

Fortunately for E&J Gallo, losses over the negotiation period reduced the sale price from $1.7 billion to a mere $1.1 billion – what a deal! Beyond this, we observed several private equity firms swoop up winery estates:

Conegliano Valdobbiadene is often tooted as the echelon of Prosecco production. In this area you’ll find the “Prosecco Hills,” which encompass 50,000 acres of land that has just received UNESCO “Cultural Landscape” status! Other regions with UNESCO status include France’s Champagne, Burgundy and St.-Emilion, Hungary’s Tokaj, and Germany’s Rhine Valley.

Both Americans and French aim to be more responsible drinkers.

In both France and the United States we’re seeing a trend towards more responsible drinking. In France, this came by way of a health warning from officials. In the US, a Nielsen report indicated 47% of US adults over 21 aim to drink less. The figure for millennials is even higher at 66%.

All we have to say is this: Perhaps everyone finally read our article on moderation.

The most awesome news ever in 2019: Wine Folly merges with Global Wine Database.

We tooted about this earlier this year, and it’s still true! Wine Folly and Global Wine Database are working together!

In all our past efforts to educate the world about wine, we’ve seen a consistent theme of poor information across our industry. Things are-a-changing, so stay tuned!

More news to pipe in about? Link the article and tell us about it in the comments below!