Ever wondered what it’s like to start a wine importing business? Athena Bochanis started her wine Hungarian wine import business in the most challenging market in the US: New York City! Her story motivates.

This interview with Athena Bochanis is part of a collection of interviews with people who’ve dedicated their lives to working in wine: 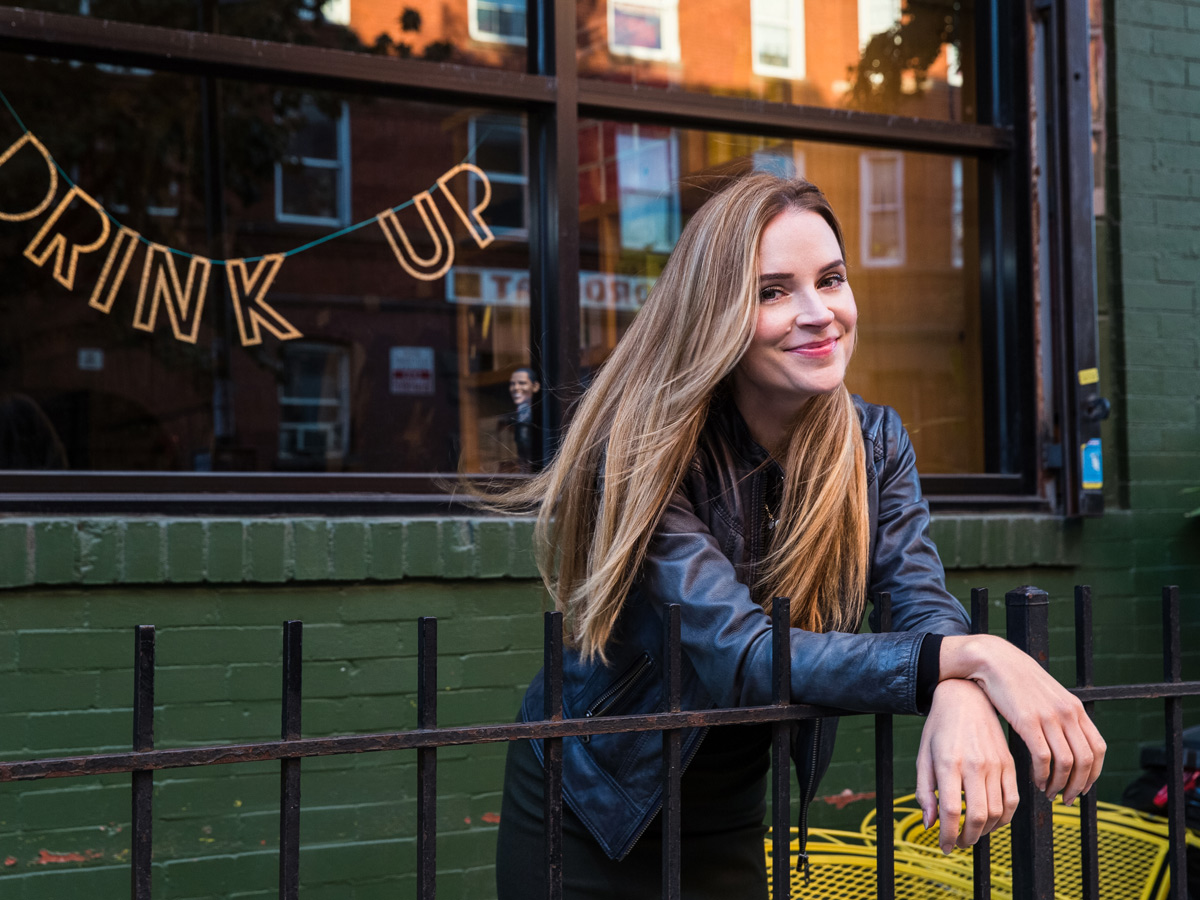 Athena Bochanis is the founder of Palinkerie, an import business focused entirely on fine Hungarian imports.

Definitely not! When I graduated with a JD (Doctor of Jurisprudence degree) from NYU in the spring of 2011, all I really knew was that I didn’t want to practice law. Of course, I had focused on international trade in law school, and I was already obsessed with Hungary and its wines since I worked there in the summer of 2009.

But there’s a huge difference between loving something and realizing you can make it into your job. It took me over a year (and working in everything from legal writing, teaching the LSAT, and assisting at a neuropsychology lab) to come to the conclusion that I could start my own wine import business.

And it was over two years from that point to when my first shipment arrived on US shores.

Even once you have your goal in mind, the end results often turn out differently than you expect. For instance, I really thought I would import pálinka (Hungarian fruit brandy) with the same ease that I imported wine. But there are several additional complications with spirits that I didn’t anticipate, and in the end, I decided to only do wine.

I also thought I could do my own warehousing and delivery in New York. At this point that sounds like a joke, but what can I say, I was extremely optimistic!

After three years in one of the most competitive law programs in the country, in a field I had no interest in, I felt disillusioned and lost. When I graduated, I applied to hundreds of jobs in different fields and got none of them. But ironically, these experiences set me on my greatest path yet.

Once you’re willing to accept that things aren’t as you expected them to be, you’re free to do anything. So that was really the first time in my life when I thoroughly considered what I wanted to pursue.

I didn’t want a super structured office job. I wanted something involved, something multi-faceted, and something with a social component. And, importantly, I didn’t really want a boss. When the idea of importing wine came to me, I realized almost immediately that it could be my dream come true.

Two years later, when I started my business, people thought I was really brave to have committed to my dream. But when your decision is thoroughly considered, and completely on your terms, commitment isn’t scary.

I’d already broken with the tightly-wound mold of a prestigious legal career, so I felt like this shift was nothing!

Even though I felt emboldened by my experiences and ultimately confident in my decision, it’s still scary to strike out on your own. There’s no one watching you, telling you if you’re doing it right.

But for me, starting an all-Hungarian wine import company was my brainchild. I believed in my mission wholeheartedly. If I can’t sell these wines, I told myself, then I’m at fault–because they’re great.

As for the feeling of selling those first few cases–I cannot even express how incredible it felt. I left those stores ecstatically laughing to myself and dancing down the New York streets, unbeknownst to my brand-new clients.

There were definitely months that were tough, especially in our first year of business. And it has also happened that I’ve brought wines in that were simply not successful. The only thing you can do from these experiences is to learn from them.

For instance, now I know what factors contribute to slow months. Maybe it’s a seasonal lull or the direct result of me neglecting clients the month before.

I also realize how important it is to follow my gut instinct when it comes to selecting wines for the market. If there’s a voice inside of me that’s nervous– it’s never a good sign. My most successful wines are always the ones I am the most confident in from the start.

What’s the one piece of advice you’d give someone trying to become an importer?

Downside: the market is super saturated, extremely competitive, and dominated by companies whose sales force can destroy you in a second.

Upside: consumers are infinitely curious for new wines, and there’s nothing better than seeing people enjoy a wine you selected to bring into this country.

To that end: find a product that you really, really believe in. Not just because you had a good experience with it abroad, but because you truly believe it adds something to the market. Maybe it’s extremely fun, or extremely delicious, or unique (or–ideally–a little of all three!). Then when you present it, you aren’t begging clients for sales, trying to elbow your way into a crowd of harried buyers. You are earnestly sharing something that you love.

That energy translates to people around you, and everyone – you, the seller, and the consumer – wins in the end. Let an incredible product inspire you, and build your empire around it. 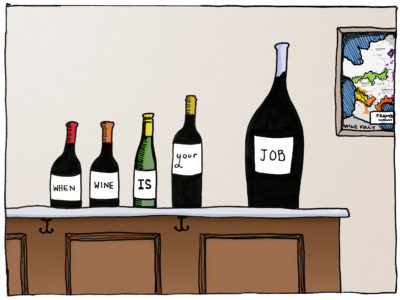