Ever wonder what ancient wines actually tasted like? Scientists have put together many details of how ancient wines were made from studying the ruins of 6000 year-old cellars. A key component of these cellars is the use of earthenware pots called amphora to make wine. Surprisingly enough, there is a producer reinvigorating the process of using amphora in winemaking in a rural suburb of Portland, Oregon. 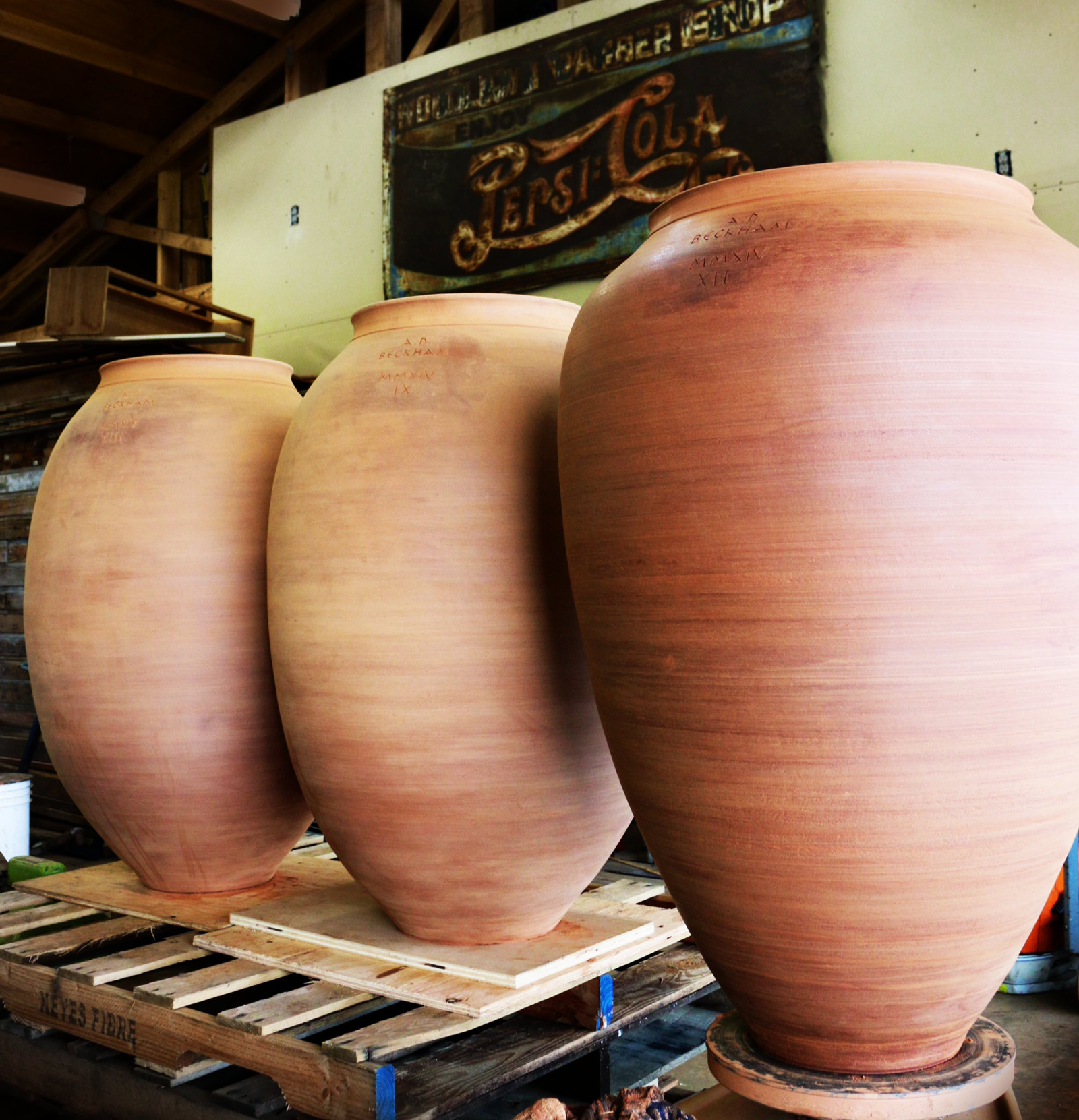 Amphorae, like these Georgian style Qvevri, have been used for a millennia to make wine. A winemaker with a background in pottery is reviving this ancient tradition. photo by Beckham Estate Vineyard

Andrew Beckham is not your usual deep-pocketed winery owner, in fact, he’s actually a high school pottery teacher. In the early 2000’s Andrew and his wife, Annedria, chose to move out of the city to acquire enough space to build a pottery studio. It was here, that the couple developed a keen interest in wine, planted a few rows of Chardonnay and Pinot Noir, and started Beckham Estate Vineyard. Andrew had never thought to tie his love for pottery with wine until he came across an article about Elisabetta Foradori, a famous Italian winemaker who started to use amphorae to make wine.

“I saw the amphora and thought, I could make that” –Andrew Beckham 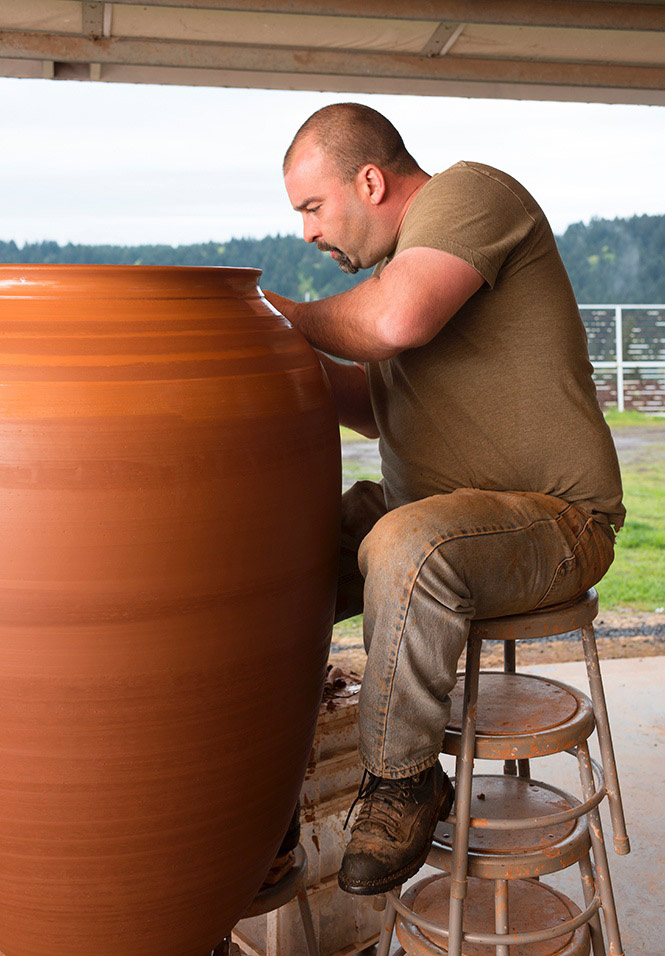 Over several years, Beckham worked on developing the right amphora shape which involved researching ancient designs including Roman amphora, Spanish Tinaja (terra-cotta storage vessels) and Georgian Qvevri. This is where Beckham has stumbled across some fascinating secrets from the past. For example, his skin-contact Pinot Gris was made in a Roman-styled amphora, which is narrow and pointy. The design of the amphora lets the seeds drop to the bottom and reduces the bitter tannins from the seeds. The result is an intensely colored Pinot Gris, which perhaps mimics the so-called “golden wines” of the Roman empire. 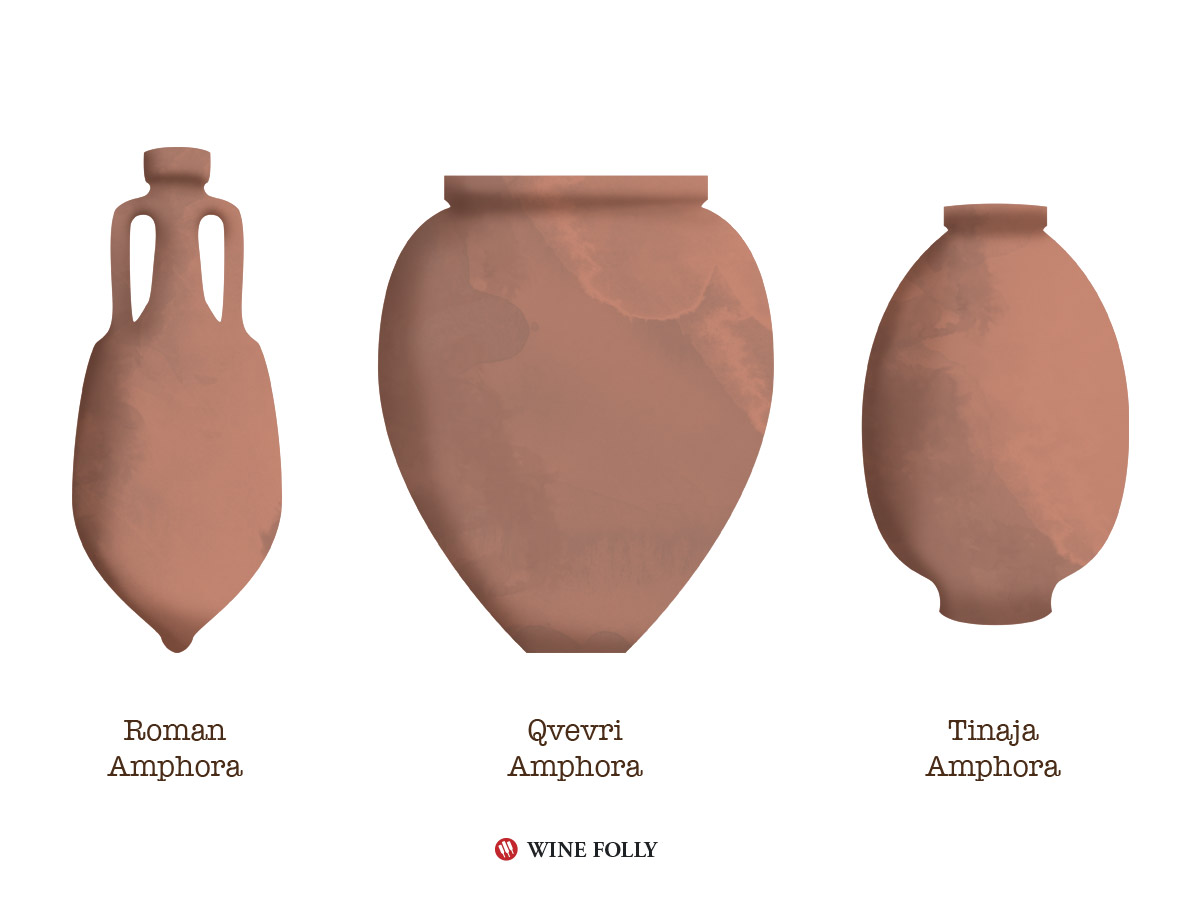 Aging wines in earthenware also showed surprising results. The porosity of the clay increases the oxygen exposure to wines while they age. Oxygen accelerates the tertiary flavor development which includes softening tannins and increasing aromas of nuts, baked fruit, and chocolate. After experimenting with Pinot Noir aged in oak vs amphora, Beckham suggested that the increased levels of dissolved oxygen in the amphora wines meant they are ready in about half the time of the wines aged in oak.

How do Amphora Wines Taste? 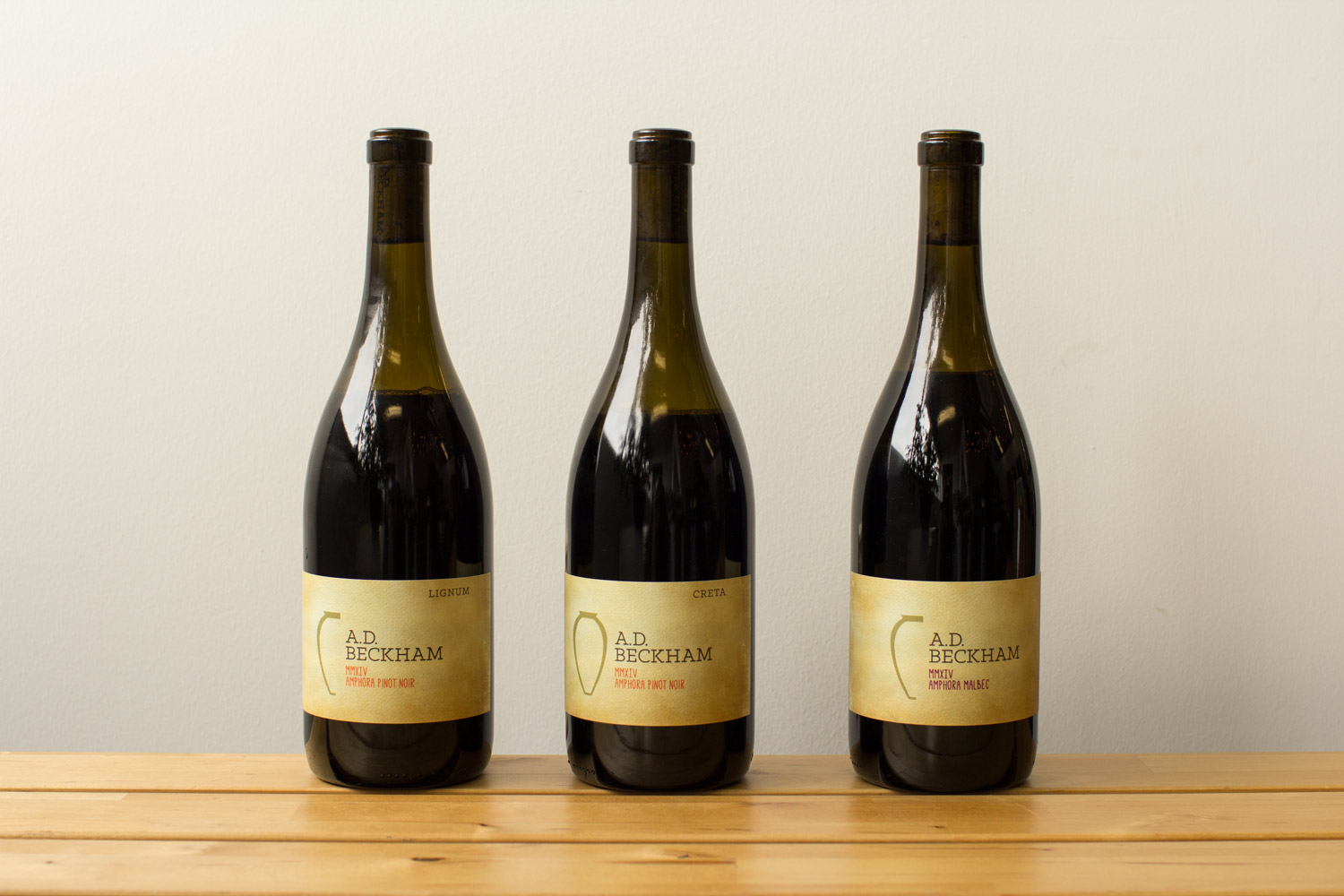 After tasting through Beckham’s wines (which are also naturally produced) we’ve come to realize that Amphorae do show fantastic potential (especially for those of us who yearn for purity of fruit and subtlety).