Getting Started in Craft Cider

Cider is delicious. In many ways it bridges the gap between wine and beer. It’s fun, easy to drink and has a certain appeal during the holidays. It’s also a crisp and refreshing alternative to beer in the summer. You can make cider in your backyard, but how do you go from hobbyist to cider tycoon?

We had a chance to visit the Bull Run Cider orchard in Oregon and talk with the owners about becoming a craft cider producer. Bull Run Cider is a start-up of two guys who decided to take their epic passion for cider full time. They planted an orchard; literally growing their business from the ground up and their unique cider has already won several awards. We had to know what it takes to make a living in the cider business and they were kind enough to answer our Q&A.

Tell us a little about yourself.

Bull Run Cider produces craft cider at the foothills of the Oregon Coast Range in Forest Grove, Oregon. Connect with them on: Website | Facebook


My name is Galen Williams and I grew up in Olympia Washington, but have lived up and down the West Coast over the last 12 years. I ended up settling in Portland, OR about six years ago. I’m 30 and about three years ago, I started learning about cider. However, it is difficult to get a job in this industry because it’s so small. So really, the only way to get in is to start your own company, which is what I did with a friend of mine, Peter Mulligan.

Now I am the cider maker at Bull Run Cider in Forest Grove, Oregon. My background is in molecular biology and ophthalmology research. As far as cider specific experience, Pete and I went to a week-long cider course. Everything else I know about cider has been learned reading and physically making cider.

I have always been around farming and brewing. My father was a chemist at the Olympia Brewing Company for a number of years. My extended family used to have a dairy, as well as sheep and goat herds and horses. For a long time I was searching for a way to meld agriculture and science into a career. Cider fits that bill as it combines the aspects of farming that I enjoy with the added challenge of turning raw juice into a finished product and trying to understand the biochemical processes that it goes through to get there.

How do you get started?

As with many things in life, getting into the cider business sort of fell in my lap. In the UK and France, there are families that have been in the cider business for 5 or 6 generations. You won’t find that in the US. Cider happened on my business partner Pete’s radar a few years back and we started to explore the process and the industry. We went through mountains of information about cider and orcharding and realized quickly that the industry was very small and underdeveloped. In fact, finding cider apples to buy proved to be nearly impossible as few orchards grow them in the Northwest. In the last three years that has begun to change as more cider producers put in orchards, but it takes at least three years to harvest any sort of crop so it will be a few years yet.


If you want to be a cider maker or start your own cider company, get out there and talk with as many people as you can in the industry. Do an apprenticeship or work for a year at a cidery. Be a sponge for information and make cider, even if you start out with apple concentrate. Check out Andrew Lea’s “Craft Cidermaking” and Ben Watson’s “Cider, Hard and Sweet: History, Traditions and making your own” books for a primer on the cider making history and process.

What is the single most important thing?

Above all else, make great cider, and don’t compromise on quality. The only way that cider will become a more widely known beverage is for cider companies to make great ciders.

The great thing about being in the cider business is that the job changes with the seasons. In autumn, most of the time is spent making apples into juice and getting the juice merrily fermenting away. Late winter and into springtime is spent blending and bottling. However, some of our apples aren’t ripe until November and these benefit from being stored for a month or so to let all of the starch in them turn to sugar. Most days pressing apples are long, cold and wet. To obtain the best quality juice we wash every apple that goes into the press. During the washing step we also sort out any bad apples.
Bull Run Cider also has an orchard where we grow cider apples and perry pears. Each year in February we begin moving trees from their nursery row locations out into the orchard in what will be their permanent home. This involves laying out the new orchard rows and preparing the planting site for each tree. Once it’s ready the yearling trees are set in place and given a big drink of water to settle them in.


A few weeks after that we move into grafting new trees, typically 1,000-3,000 per year. We use a mechanical grafting tool to cut the rootstock and scion for most grafts, but with the odd sized rootstock or scion we will graft them by hand. Each new graft is then secured with tape and the new whips are planted in a nursery row. We will grow these whips out for one growing season in a nursery row, which allows us to maximize the water and care each tree receives.

Once the orchard is in good shape we get back to bottling and really hit the marketing. Doing tastings 3-4 nights a week is not uncommon during the summer months. Needless to say it really helps to have a business partner since no one can be in two places at once.

What is your favorite part of your job?


Coming from a background in the sciences I love generating and looking at data. We analyze the juice before fermentation and the cider during and afterwards. Observing how the juice characteristics change from year to year in the same apple varieties, grown in the same location is really fascinating. There is also a wide range of sugar, acid and tannin levels between apple varieties.

On a more practical level, there is nothing finer than the sweet smell of apples waiting to be pressed or on their way through the processing equipment on a crisp fall day. It reminds me of elementary school field trips to the local pumpkin patch, which always included a big glass of freshly pressed cider. Being out in the orchard on a still, autumn morning with fog rolling off the hills and apples hanging on the trees is a wonderful experience as well.

What is the worst part of your job?

Staying on top of the recording keeping can be cumbersome. However, it is hugely important to have records not only for the regulatory requirements of producing an alcohol-based food product but also to be able to pinpoint where in the process something may have gone wrong when problems do come about, as well as to know exactly what the process was when tasting a great cider. But overall, this is a small amount of work to be able to do what you love.


The one warning I would offer is not to underestimate the permitting and licensing process. To make cider commercially you will need local government, state and federal approval. Each of these processes are separate and can take a year or more depending on the situation. The process is not without frustration either so be prepared for it.

Are there any misconceptions?

Most people aren’t even aware that being a cider maker is an option as a career since the hard cider industry as a whole is a relatively small niche industry when compared to the US wine and beer markets. Everyone has heard about being a winemaker, but who thinks about making cider for a living?


But I would say that the one misconception out there about being a cider maker is that the job is like going wine tasting. It really involves a lot of hard work both on the orcharding side as well as the cider making side of the business. A clean cidery is also imperative. In fact, you will spend much more time cleaning than making cider in order to have a reliably consistent product.

When did you realize you loved your job?

Very early on I knew that being a part of a cider company and making cider had all the components of a career that I could really love. Now I find that the deeper involved I get into this job and the cider industry the more interested I become. It is really a great thing.

Is there anything you would have done differently?

Yes, started about 10 years ago! 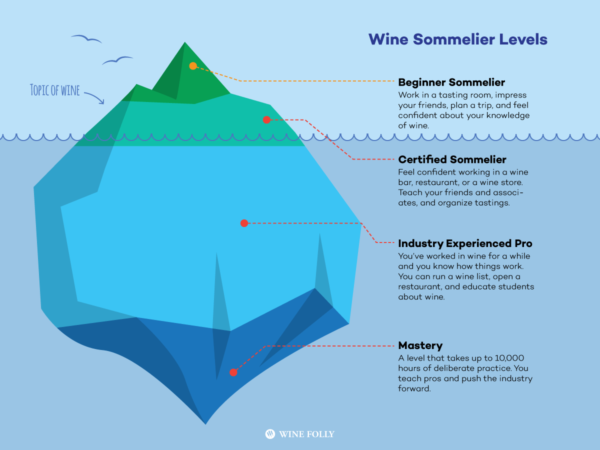 Wine Sommelier Levels and What They Mean 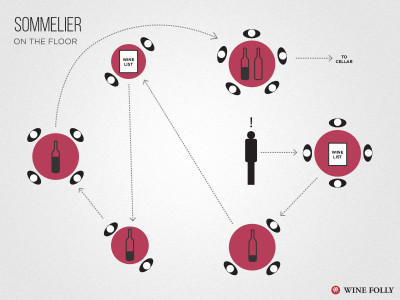 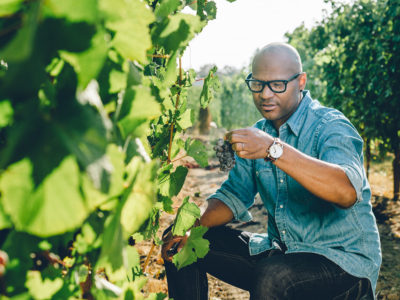 An Interview with André Mack of Mouton Noir