Board games are a great way to get social without having to go out. Add wine and you have the ingredients for a good time, guaranteed. Below you’ll find 5 popular board games and their theme paired with a wine. 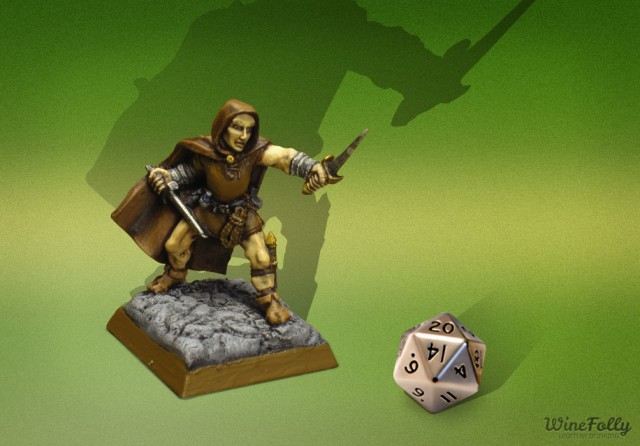 Pairing Wine With Popular Board Games

Reasoning: Chess is a game of pure skill. There are no dice rolls, randomized card decks or unique character archetypes. The only lucky breaks in Chess are the mistakes your opponents make. Since Chess is such a brutal enduring game of wits, it’s important to go high alcohol. A fortified wine such as Port allows you to stare down your enemy while you drink. The dark amber liquor screams sophistication while you take thoughtful sips and stare judgmentally at the game board. Are you scoffing at your opponents every move? Maybe.

If you find yourself outmatched, no worries, drink more Port and drown your broken ego in the warming glow of delicious wine. Before you know it you’ll be numb to the devastating defeat and making outrageous excuses about how you were too drunk to play well.

Scrabble Well, it should count as a word!

Reasoning: Scrabble was once a game played by an endearing niche of recluses in dark dens. Back then, cheating meant convincing your friends that the word you invented actually exists by simply using it in a sentence. ‘Scrabble’ has since evolved into a digital monster that attracts anyone with a smart phone. Now you can play 32 simultaneous games with strangers and compete for artificial rankings. Cheating is only a google search away, who’s going to know? Yeah, I use ‘quixotic’ in everyday conversation, like a boss.

To compliment the evolution of what was once a great game you need to drink something equally convoluted and misunderstood. California Sparkling Wine. No it is not Champagne, it is sparkling wine and it’s from California. That doesn’t mean it’s bad; but somehow it’s just not the same as ‘original’.

Ticket to Ride So. Many. Pretty. Colors..

Reasoning: This is a fun, easy to learn game with a deep strategy that can satisfy players of all skill levels. Imagine Railroad Tycoon meets Train Simulator and you’re the conductor. (Too much? Too much.) Get into the mood and grab a cheap bottle of Bordeaux Table Wine.

Tannic, bold and earthy, a $10 bottle of Bordeaux will give you a kick in the pants like a cup of black coffee. Imagine building your fledgling railroad empire as you gulp down a big chewy wine like a fat cat entrepreneur. Cigar optional.

Settlers of Catan Committed to building the longest road.

Reasoning: Like they say, when in Rome do as the Romans do, drink a jug of Chianti and scream bloody murder at your conniving backstabbing friends. This game is not for the weak of heart. It has random events, politics, resource management and complex win strategies. Worst of all, there is a good chance you’re going to endure a slow agonizing defeat.

2 hours, 4 people, and a bartering system? You’re going to need a lot of wine. Might as well get in the spirit of the game, go oldworld, go Chianti. The jug aesthetic adds a nice touch to complete the whole immersion thing.

Pandemic We’re all going to die, might as well drink.

Reasoning: This epidemic is spiraling out of control and it is the end of the world as we know it. Time to bunker down in your shelter, grab a can of beans and pop that bottle of Screaming Eagle.

One of the few great cooperative board games, Pandemic warrants opening up a good bottle of wine. There isn’t any better way to inspire brilliant teamwork than fancy-pants Cabernet Sauvignon.

Reasoning: Rocking a $5,000 card deck? Of course you are. Better pony up for a good bottle of Pinot Noir to share with your opponent like the gentle(wo)man you are.

Reasoning: While not (technically?) a board game, Pictionary is easily converted into a fantastic drinking game. Make Sangria, it’s fun, easy to drink and can be diluted down to lower alcohol levels.

How to Play: Sitting in a star formation of 5 people, one person draws for the two people sitting across from them. Whoever doesn’t guess the picture has to drink. If neither of them can guess it, the other two people act as judges to decide if it was a bad drawing or bad guessing. If it’s a bad drawing, the artist drinks. Bad guessing? Yup, both guessers drink.