The last 10 years have enjoyed an increase in wine movies that started with the genre blockbuster: Sideways. Just this year, two more films have hit the screens and one of them has the potential to be a future classic. Check out some of the best wine movies below! 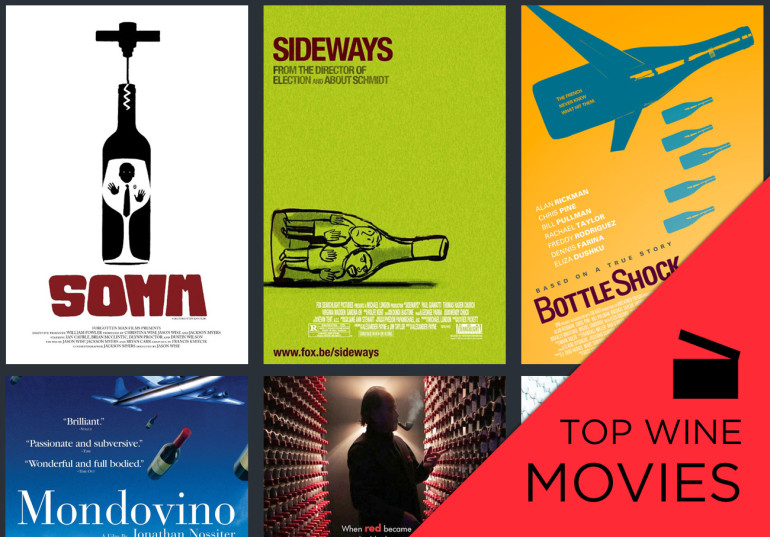 Anyone can enjoy the following films, even your non-wine loving friends! You might even get them excited to try a lil’ more wine… We’ll get to the extra geeky wine movies next. 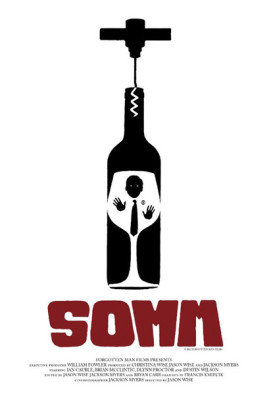 A documentary film that follows 4 men attempting to pass the Master Sommelier exam.

Layered and complex… like a fine wine, Somm follows the tribulations of 4 real people –real sommeliers– in the final days before the most challenging exam of their life. If they pass they’ll become Master Sommeliers; a title shared among just 200 people around the world.

Somm is much more than just a wine movie, it’s a documentary about real people, their passion, and their will to succeed while struggling both physically and emotionally under extreme pressure. What’s more, there is an unexpected twist in the end –so thought-provoking, you’ll be shocked that it really happened. 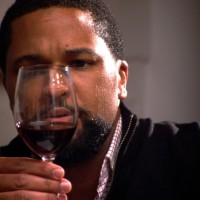 Watch it! Check out DLynn Proctor to the left!

Download it and watch it while drinking a glass of German Riesling with a fresh container of tennis balls close by.

Available on iTunes (drop a comment if you find it elsewhere) 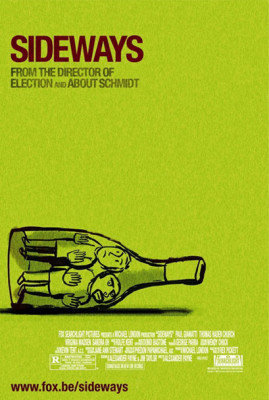 Two men reaching middle age with not much to show but disappointment, embark on a week long road trip through California’s wine country, just as one is about to take a trip down the aisle.

A comedy/drama of two guys struggling to maintain their friendship on a bachelor weekend in California’s wine country. The trip quickly deteriorates and threatens to break up the wedding and their friendship for good.


There is a guilty pleasure in watching Miles (played by Paul Giamatti), a self-deprecating wine snob, cope with his midlife crisis while on vacation in wine country.

Time to grab a blanket, a bottle of California Merlot and watch this movie! 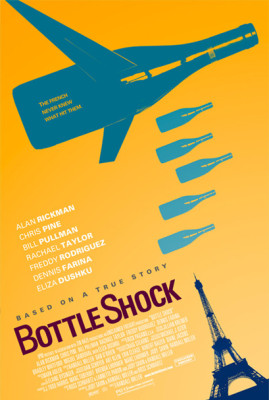 The story of the early days of California winemaking featuring the now infamous, blind Paris wine tasting of 1976 that has come to be known as “Judgment of Paris”.

The film follows a British wine critic and his passion to gather California’s best wines and put them up against France’s best wines in a blind tasting. The results have forever changed the wine world.


Bottle Shock has everything, female cellar intern, sex in the vineyard, and lots of delicious wine! Although Bottle Shock might not be very accurate, it does include some of the best fly-over shots of Napa Valley you’ll ever see. Your heart will skip like a little kid, especially if you’re drinking buttery Chardonnay.

Love books too?
Check out these wine books picked by pros.

The following films are best reserved for your serious wine friends. ← Is this clear enough? 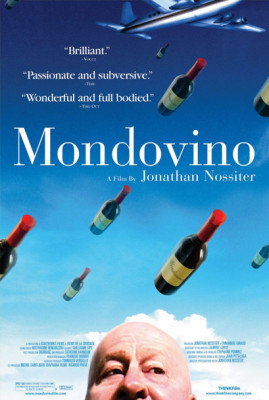 A documentary on the impact of globalization on the world’s different wine regions.
– IMDb

Mondovino is a documentary that attempts to show-and-dispute the capitalistic side of wine. Within the documentary you’ll see some behind-the-scenes encounters with Michelle Rolland, the man whose winemaking style has become a world-wide template to success.


While the film aggressively pokes at major figures in the wine business, it is a detailed look at the inner-workings of the wine world. 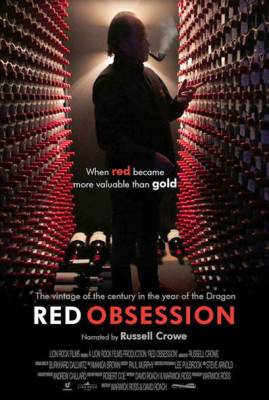 The great chateaux of Bordeaux struggle to accommodate the voracious appetite for their rare, expensive wines, which have become a powerful status symbol in booming China.
– IMDb

There is a sub-sect of red Bordeaux that is so prestigious that their wines are no longer drunk, instead they’re traded like investments in a wine stock market.


Red Obsession beautifully illustrates the prestige in Bordeaux. Then the film shows how the fastest growing wine-buying market, China, will stop at nothing to possess it all. 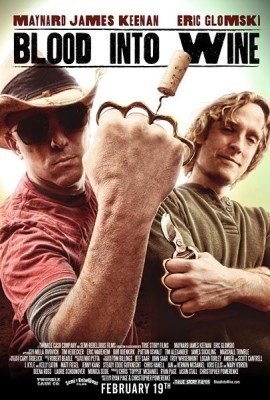 Maynard James Keenan, frontman of such bands as Tool, A Perfect Circle, and Puscifer, takes center stage in a documentary about his favorite hobby — winemaking.
– IMDb