Name the 2 top wine varieties you can think of right now, off the tip of your brain. What are they?

If you guessed Cabernet Sauvignon and Merlot you are dead on. They are the top two most planted grapes in the world. Why? Perhaps it’s because of their inherent quality. In truth, quality is only half of the answer; there’s more to this story than meets the eye.


In an alternate reality, Touriga Nacional is the king of wine.

Let’s explore the top wine grapes of the world and why they are at the top. You may be surprised at how much influence France has had in shaping the wine world. Imagine instead if Portugal (which was an equal wine nation to France during the Age of Conquest) spread its grapes to the New World. What would the most popular wines be then?

The World’s Most Planted Grapes 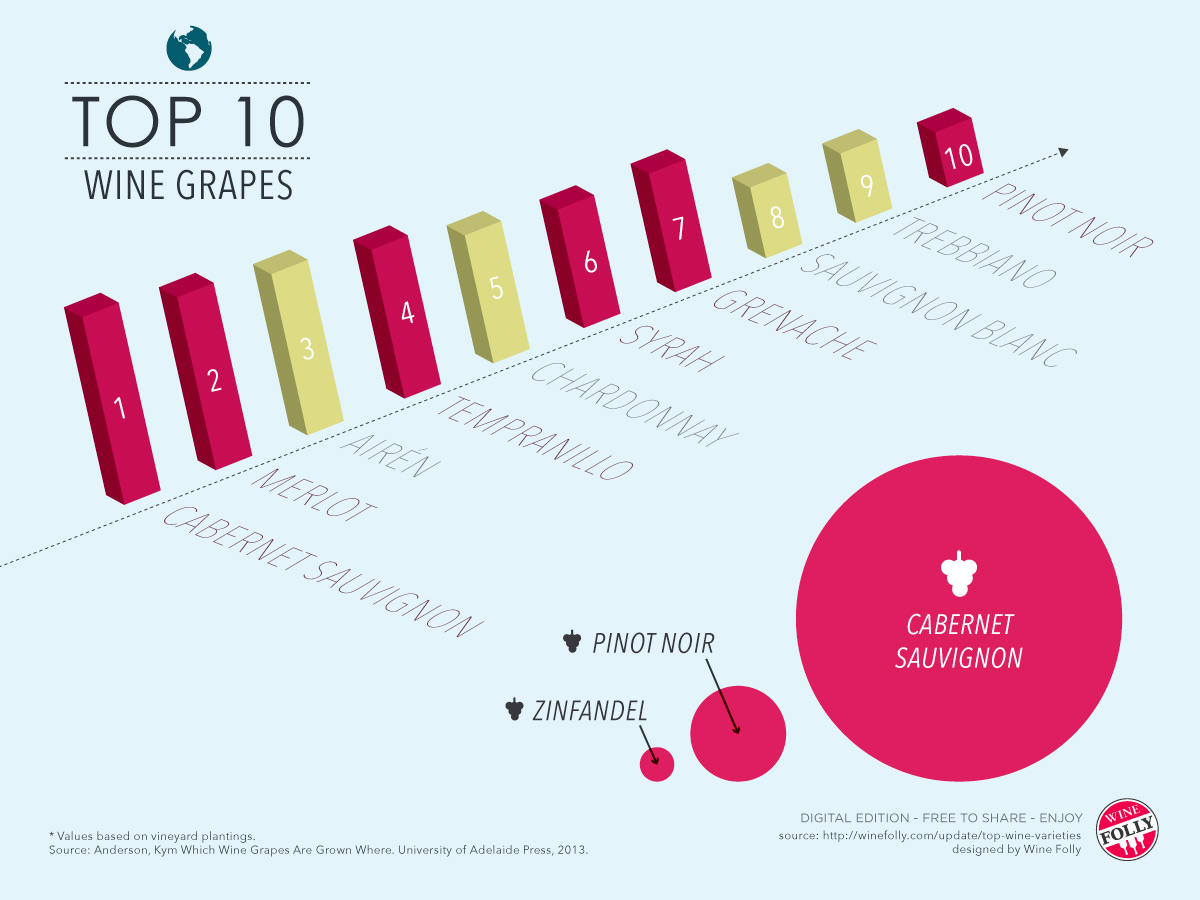 Why is Cabernet Sauvignon on Top?

People talk a lot about quality and age-worthiness when it comes to wine. No doubt Cabernet Sauvignon has amazing attributes, but there are many wines that have complex flavors and age equally as long. So why is Cabernet Sauvignon the most popular?

One word: Marketing It’s weird to think that agricultural products fall into the same traps as manufactured products, but they do. For example, think about apples: Pink Lady, Gala, and Granny Smith are common preferences, but there are hundreds of thousands of different types of apples that you probably haven’t had the opportunity to try. Limited options reduce the opportunity for diversity.

A lil’ history on why

Bordeaux was perhaps the very best region to market their grapes. Cabernet Sauvignon, Merlot and Sauvignon Blanc originate from this region. The fact that you may already be exclusively familiar with these wines just shows you how integrated they’ve become. Another example is Burgundy: the original home of Chardonnay and Pinot Noir. Now imagine for a minute, that instead of France’s wines taking over the world, that Portugal did instead. What would be the top wines of the world in this mirror universe?

If Portuguese wines ruled the world, what would we be drinking? 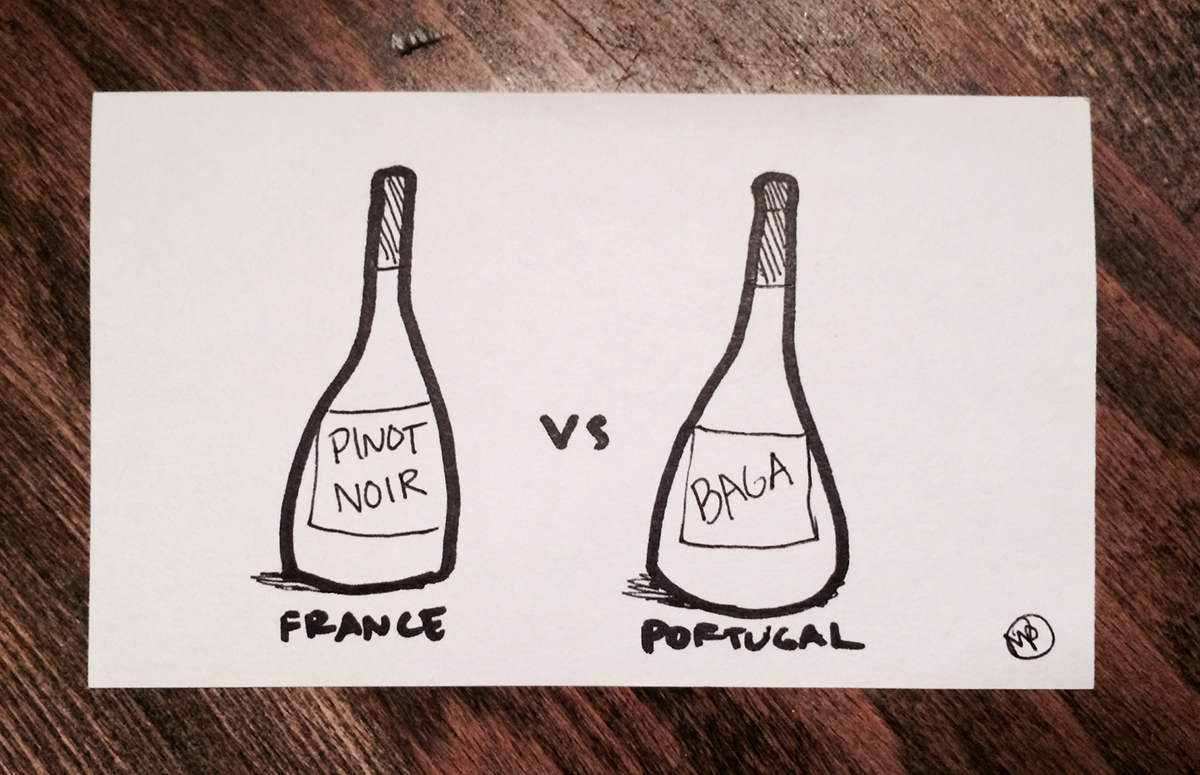 Portugal has over 250 different types of indigenous grapes in an area less than half the size of Washington State. The reason to choose Portugal is because it’s one of several countries (including Greece and Italy) that make a lot of wine but most of us haven’t even heard of their top ten wines! So for fun, I will paint you a picture of the commonly available wines today and what their Portuguese equivalents are in terms of flavor and style.

Imagine an alternate universe where Portuguese grapes rule the world.

What are the wines I don’t know on the top 10 list?

There are two wines mentioned in the infographic that are not commonly known:

Both of these wines are medium bodied white wines that were planted heavily in Spain (Airen) and Italy (Trebbiano) during the early 1900’s. This was due to their drought resistance and ability to produce quantity grapes for brandy production. Today, hundreds of thousands of acres are replaced every 10 years to plant with more popular varieties.