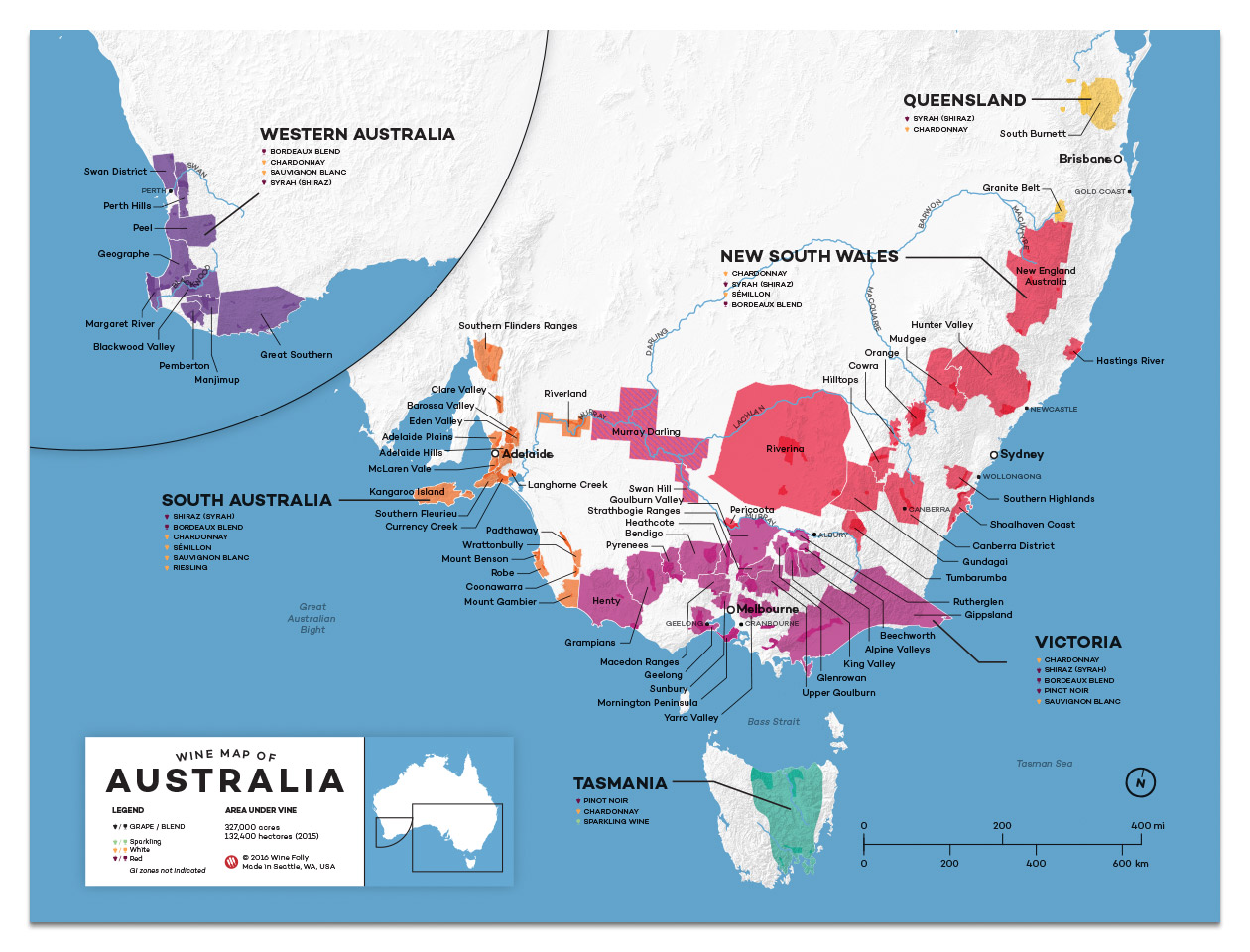 How Big is the Aussie Wine Industry?
There are 420,000 acres (2009) of vineyards planted throughout Australia that produce upwards of 1.46 billion bottles of wine a year–enough wine to fill up a honda civic gas tank 26,000 times.

Challenge your tastebuds with Australian Shiraz! A grape originally grown in France has traveled to the other side, with delicious results.