33 of The Most Bizarre Flavors Found in Wine

See the most bizarre wine flavors and find out what wines have these flavors. If wine tasted only like flowers and fruit, it wouldn’t be as awesome as it is. 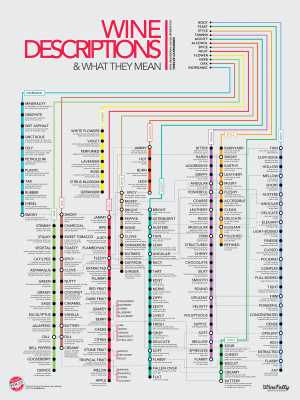 Check out the infographic on wine descriptions that organizes wine words into 12 distinct categories.