It’s easy to look down on Oak aging in wine – the technique has been criticised for years by Sommeliers who find over-oaked wine to be saccharine and often too heavy on fruit. But we’re here to tell you it’s okay to like oaked wine, especially in the hands of great winemakers.

Spain’s famous region Rioja sets itself apart by gauging a wine’s quality based on how long it’s aged in bottles and oak barrels alike. In this week’s Tasting Challenge, you’ll learn how oak makes Tempranillo Spain’s most important grape.

Despite it being the third largest producer of wine in the world, there are still plenty of us who would argue that Spain is incredibly underrated (at least those of us stateside). But if there’s one Spanish wine that everyone seems to know, it’s their dark red darling: Tempranillo.

So it was no wonder that, when it came to this grape, we were going to go with Spain’s best known wine region: Rioja. We went with a wine from the Rioja Alta subregion, due to this region being better known for elegance and minerality.

We also wanted to see what level of quality we could get without breaking the bank (remember: we’re trying to stay under $30 a bottle), and a bottle of Rioja Reserva seemed like the best bang for our buck (check out more on Rioja’s classification system below). 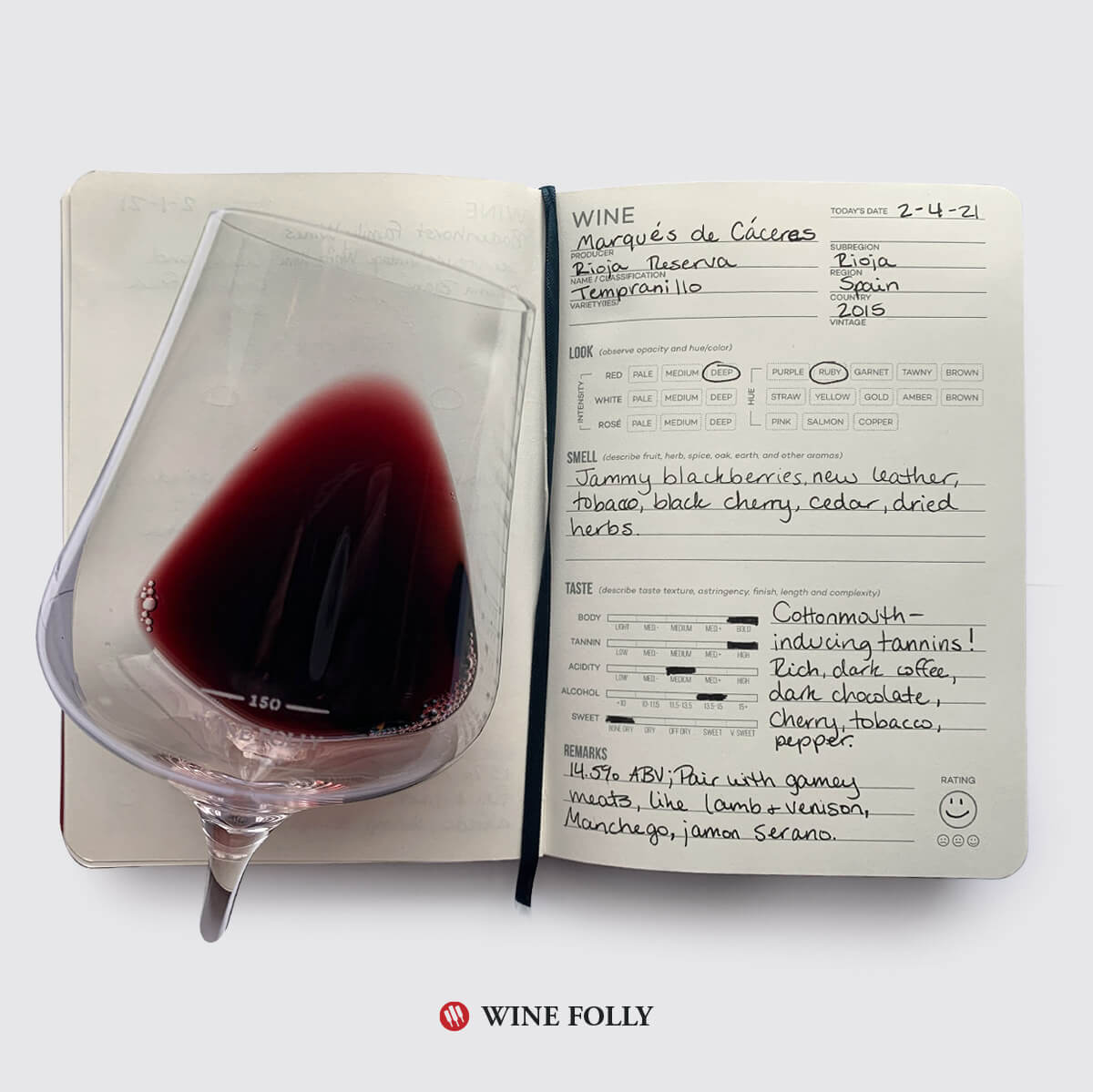 On The Palate: The tannins on this wine may be the strongest we’ve seen during this challenge! Immediately our mouths turned to cotton and we suffered severe “tannin face”: that squinted, puckered face you make when you’ve just tasted something incredibly bitter. Past that, however, we picked up rich notes of coffee, dark chocolate, cherry, tobacco, and black pepper.

Food Pairing: Gamey meat immediately came to mind: like venison or mutton. And of course: Manchego cheese and Jamón Serrano.

What We Learned About Rioja

Spain’s Rioja wines have a very special relationship with oak. In fact, their entire classification system is based around it: 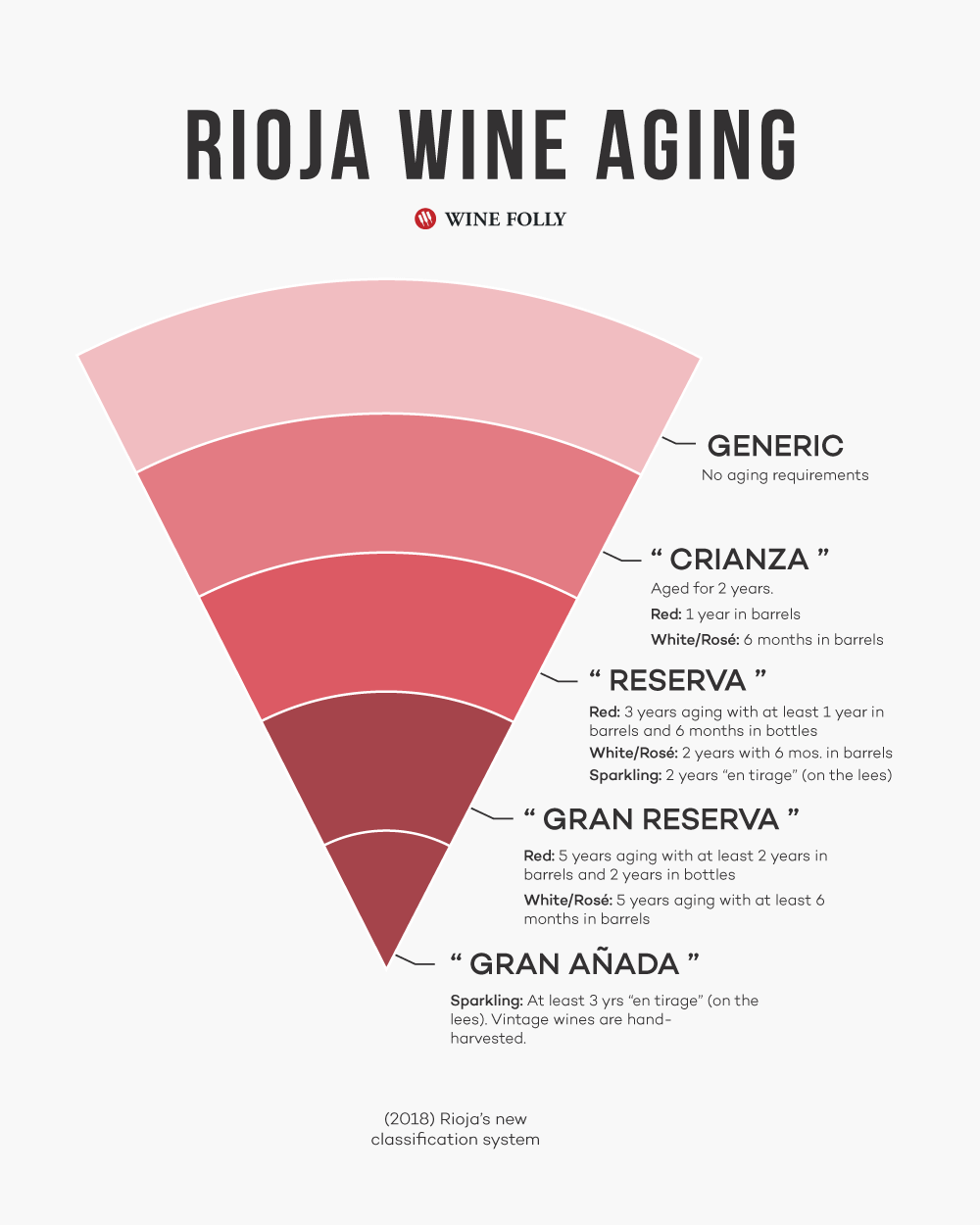 And this is particularly topical, considering these rules were expanded only a couple of years ago. In fact, before the 1970’s, most Rioja wine was known for being juicier, more vanilla-heavy stuff: not exactly the leather and tobacco notes we saw today!

That had to do with the popularity of aging the wine in American oak for a much shorter time than is common today. Eventually long aging times in French oak became the name of the game, leading to the Rioja that we drink today.

Also: not all Rioja is red! Rioja Blanco is made with white grapes: largely Macabeo (which you might remember from our very first Tasting Challenge with Cava).

Rioja is the sort of wine you’re never going to forget: largely because it makes a big impression, and it makes it right away. Like other bold red wines, it’s the sort of thing that can scare away less tannin-friendly drinkers, but with the right level of patience (and an open mind), this is the sort of classic red that most wine lovers should know their way around.

What Tempranillo did you go with this week? Although Rioja is easily the most well known region for this grape, it’s also grown in Portugal, Argentina, and even Texas!

Let us know what you drank in the comments!