Which is better: Ace of Spades or Cristal?

Which Champagne brand is better? We break down the technical details of the differences between Cristal and Armand de Brignac’s Ace of Spades. 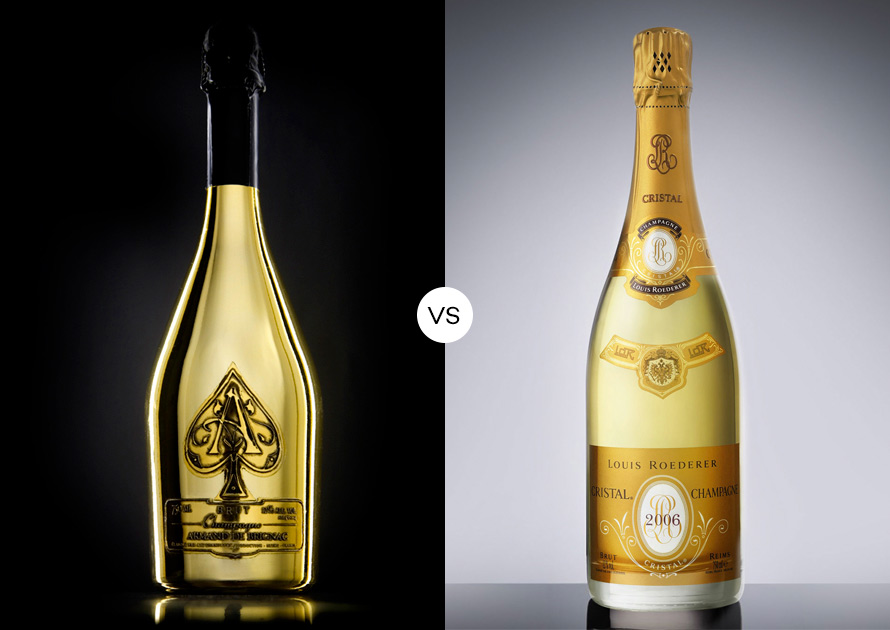 Ace of Spades is a start-up producer with eyes on the stars. Wines are riddled by hand in a deep underground cellar. The production is about 60,000 bottles.

Cristal is made by a very large Champagne house with modern methods including mechanical riddlers. The production size is about 300,000 to 400,000 bottles.

The real battle: Cristal vs Jay-Z 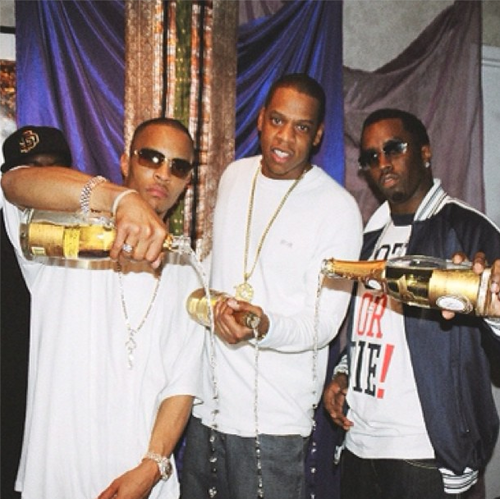 Living the high-life is what led Jay-Z to pontificate his love for Cristal in “Hard Knock Life” (he said “And sip the Cris’ and get pissy-pissy”). Then, in 2006, Jay-Z dropped the wine off the list at the 40/40 Club and vowed to never drink it again. He did this after reading the article when the Economist Magazine asked Frederic Rouzaud, the managing director of Louis Roederer, how he felt about Cristal becoming the drink of the “Bling Lifestyle” and Rouzaud said:

“That’s a good question, but what can we do? We can’t forbid people from buying it. I’m sure Dom Perignon or Krug would be delighted to have their business.” 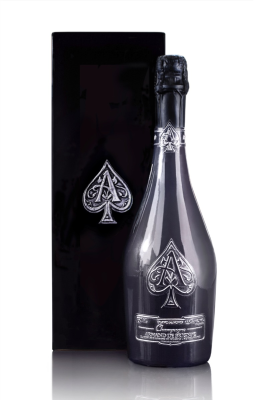 Jay-Z believed the comment to be disrespectful of his lifestyle as well as racist. He quickly switched his preference from Cristal to the three-hundred-dollar-per-bottle Armand de Brignac “Ace of Spades” and talked about it on his track “On to the next one” on Album The Blueprint. It’s hard to know exactly how Jay-Z feels about the matter, but he sent a definite message and given that Jay-Z is a businessman… perhaps he saw an opportunity.

Ace of Spades skyrocketed into popularity and in November 2014, Jay-Z bought the brand outright. He is the first rapper to control a prestige Champagne brand. One year after purchasing the brand, Jay-Z introduced his ultimate Champagne by Ace of Spades: the $799 Blanc de Noirs

This wine is made with 100% Pinot Noir, made from multiple vintages of wines from the Cattier vineyards in Bouzy and Verzenay in Champagne.

When it comes down to it, both wines are very well made. And, we have to hand it to Jay-Z for creating a benchmark Champagne based on Pinot. That said, here are the three factors that one could argue would make Cristal a better buy:

Either way, you can’t do wrong. You can find out more about the kingly history of Cristal in this article. If you’re still recovering from sticker shock of prestige Champagne, pop an affordable bottle of Crémant and call it a night. That’s what we do. Salut!

You need to load up on bubbly, but clueless about cost and quality? Not to worry! There’s great Champagne and sparkling wine for every budget.

Today, the best Lambruscos are dry (secco) and barely sweet (semisecco) and almost always made in a semi-sparkling, frizzante, style. There are about 10 different varieties, but if you’re just getting into Lambrusco, here are the 4 high quality varieties to know

With just a teaspoon of simple syrup per glass, you’ll find they’re only delicately sweet and not cloying.

Do I Use Champagne Flutes or Glasses?

The taste of Champagne is greatly affected by the shape of the glass! So, in order to have the best tasting sparkling wine, here’s a little insight on how to choose the right glasses for your Champagne preference.

If you love to drink rosé, white, and sparkling wine you should know that clear glass bottles have been shown to cause light strike…