Carignan (“care-in-yen”) wines have long been known for value, however as the world’s vineyards age it has finally become known for quality. Its fruit-forward red fruit and baking spice flavors, along with subtle notes of umami, make it the perfect food wine.

The Guide to Carignan Wine 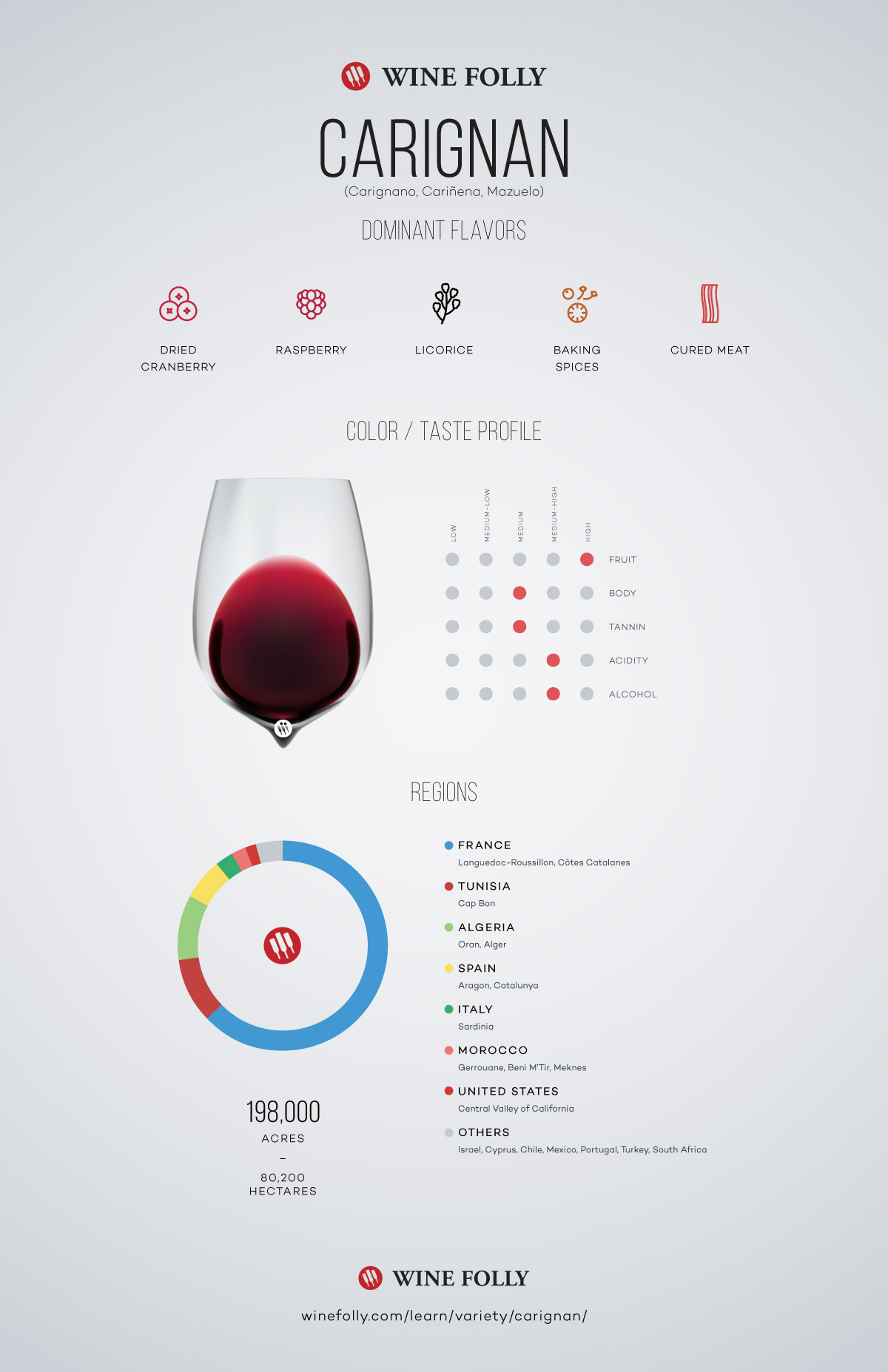 Read more about Carignan on page 108 of Wine Folly: The Essential Guide to Wine

Carignan (“care-in-yen”) is a medium-bodied red wine that grows mostly in Southern France where it’s a major blending grape in Côtes Catalanes, Corbières, Minervois, Fitou and Faugères (located in Languedoc-Roussillon). Besides France, Carignan is found in Northern Spain where it’s commonly called Cariñena or Mazuelo and it also grows in Sardinia (Italy) where it’s labeled as Carignano del Sulcis. For the longest time, Carignan was considered a low-quality wine grape, however many producers are reinvigorating old vineyards and making tremendously rich, red fruit-driven wines that will blow your mind.

What’s more enticing is that Carignan is always quite affordable.

If you love the lighter-styled wines of Zinfandel, Merlot or perhaps a Côtes du Rhône blend, then Carignan should be on your radar. Since Carignan vines are naturally so productive, you’ll notice that the best Carignan wines tends to come from old vines (vieilles vignes) where the productivity of this grape is low. Wines will burst with fruit and taste rich and smooth with much lighter tannins (bitterness) than Cabernet.

TIP: Carignan can smell oddly meaty upon first opening a bottle, so decant for at least an hour

Why is Carignan the perfect food wine? 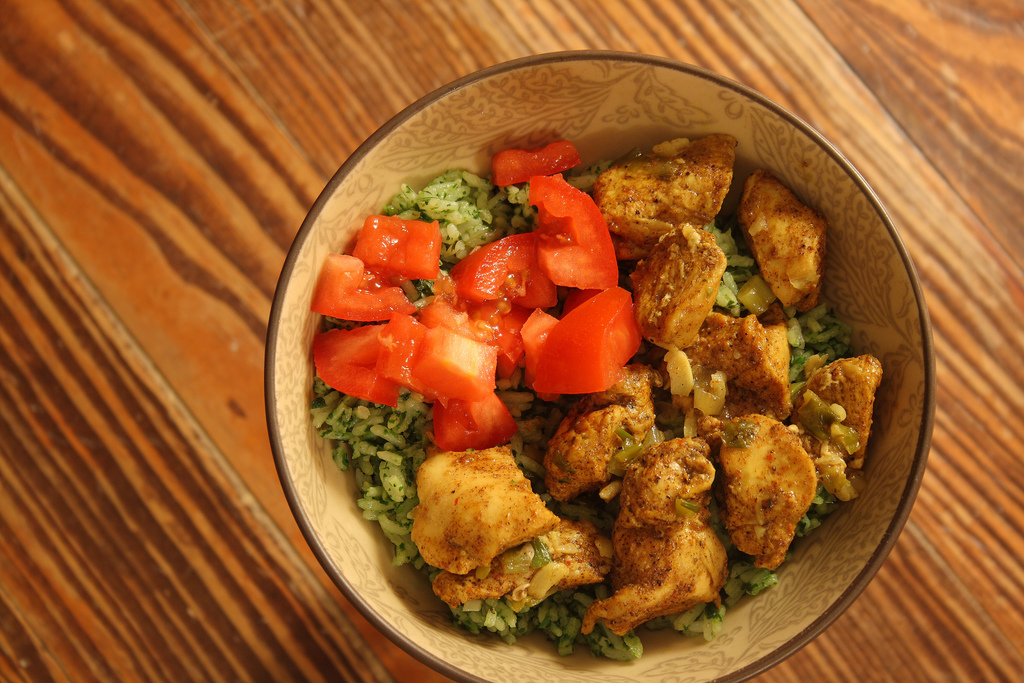 Why would what was once a lowly French wine be the perfect food wine? Well, Carignan has a balanced flavor profile without bitter tannin, and thus the wine tends to act more like an ingredient when paired with food. Because of its medium-bodied style, it will go with big, bold dishes as well as lighter ones. It is a well known fact that Carignan is one of the world’s perfect Thanksgiving wines alongside Zinfandel, Grenache, Pinot Noir and Gamay (aka Beaujolais).

Here are some of the flavors that Carignan adds as a food pairing wine:

With its bold red fruit and earthy-meaty notes, Carignan is ideal with richer poultry dishes (turkey, duck), roasted pork, or even a meaty beef brisket. The thing to keep in mind with this wine is to expand on its natural spice flavorings of cinnamon, cumin, 5-spice powder, star anise and dried herbs by also adding them to the dish. If you do this, the wine will bring out the spices and sweeten the flavor of the pairing. It’s magical.

The Sordid History of Carignan

Carignan did not always have the potential it does today as a fine red wine. In fact it was quite the opposite. During the 1970’s Carignan became the most planted wine grape of France with over 500,000 acres in the Languedoc-Roussillon. Carignan was planted because it is highly productive and survives with little water. At the time, producers received government aid based on their production which resulted in billions of liters of low-quality Carignan that would be immediately distilled. For this reason, the grape has suffered a poor reputation amongst sommeliers and retailers for a long time. Fortunately, several producers have recently begun to use the old vineyards to create wonderfully rich, fruity-earthy Carignan wines. 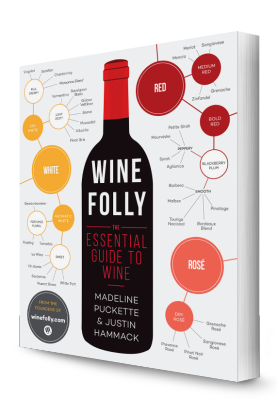 Get the Wine Folly book

A visual guide to wine with 230+ pages of infographics, data visualization and wine maps that simplifies the world of wine. Wine Folly: The Essential Guide to Wine is the perfect companion for exploring and becoming confident with wine.