Oregon has proven itself to be a top producer of Pinot Noir. Still, the region is pretty intimidating to explore. Truthfully, it’s one of those regions that you’ll really want to visit to really understand.

In the mean time, here are some useful tips on how to suss out the best Oregon Pinot Noir. (Current vintage notes below!) 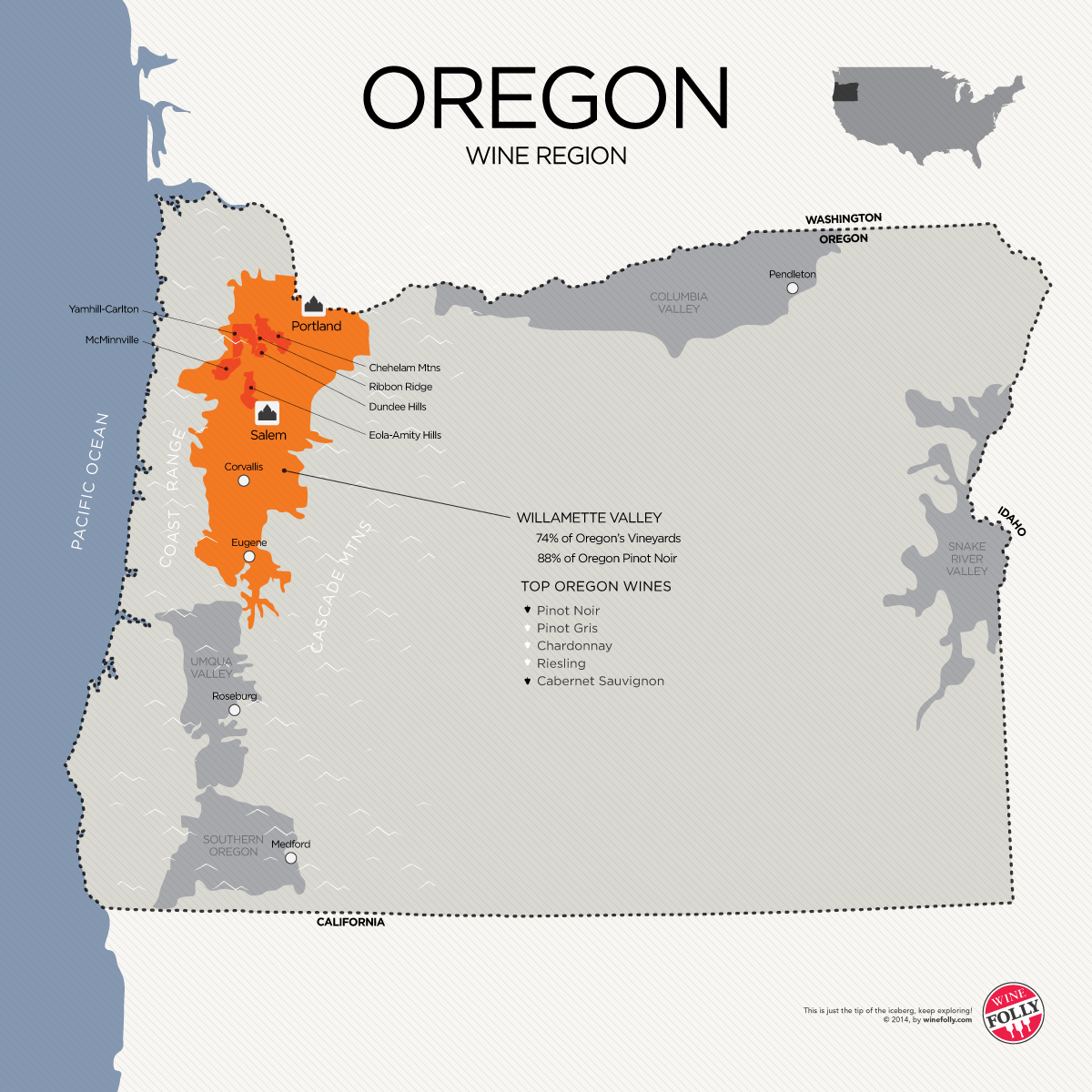 A Trick To Finding Top-Ranking Vineyards 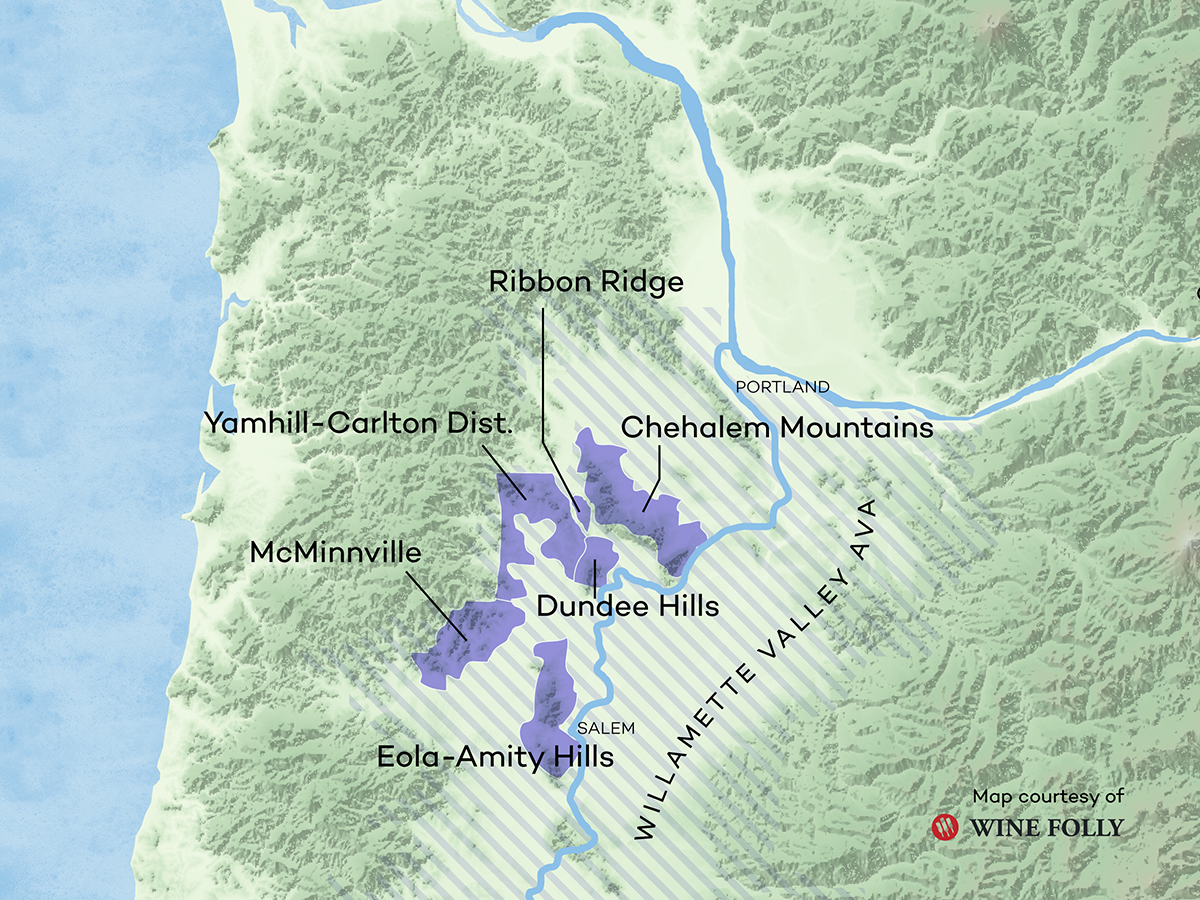 The best vineyards are nearly always found on south or southeastern-facing slopes. Oregonians have the French to thank for this, after observing the success of Burgundy–the original homeland of Pinot Noir. The Burgundians realized through trial-and-error that their best vineyard plots were on slopes facing southeast. A brief look on Google maps in the Dundee Hills AVA shows us the same situation is true for Oregon’s top vineyards. What’s cool about this is that even though the wines from Dundee are already pretty expensive, there are many other wine regions in Oregon to explore and discover. 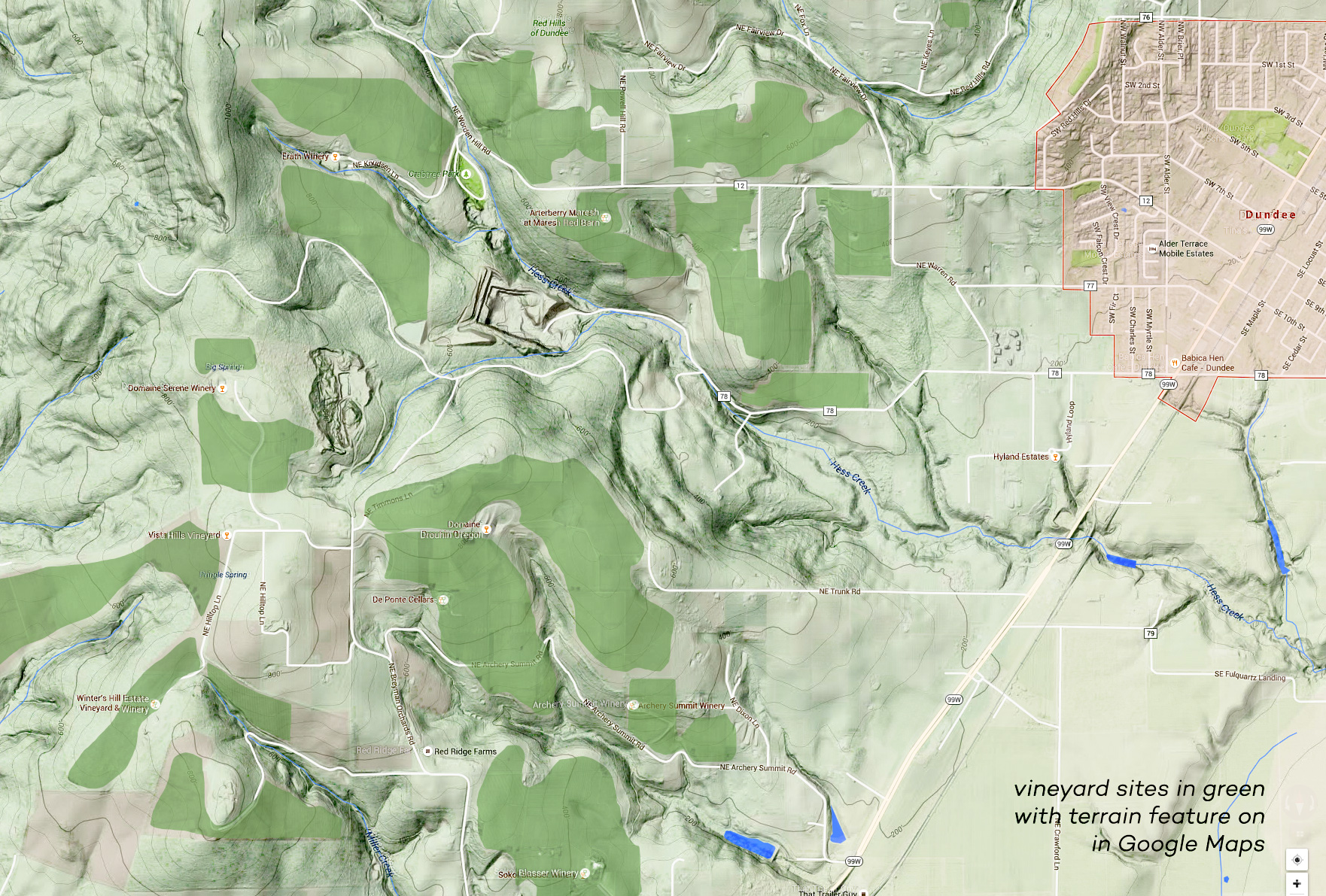 A zoomed-in terrain view looking on the Dundee Hills AVA with vineyards shown in dark green. You can see how some of Oregon’s top vineyards including Maresh (sounds like “Marsh”), Domaine Serene, Domaine Drouhin, Sokol Blosser, Archery Summit, etc are all located on southern-facing slopes. See region on google maps

Another important thing to keep in mind about finding great Oregon Pinot Noir is paying attention to the vintage. Unlike some hotter climate areas, Oregon wine is very dependent on the weather. The difference in taste can be great between vintages and, while some love this about both Oregon and Burgundy wines, it can be surprising if you’re not aware of what to expect. Cooler vintages produce more tart, elegant, lean wines that will age well, whereas hotter vintages make richer, fruitier and more opulent wines.

Take this information with you and start looking up where your favorite Oregon Pinot Noir wines come from and then zoom-out to the bigger picture of the region to look for similar areas–you might be surprised at the delights you’ll find.

Ever fall in love with a diva? Then you might know a thing or two about Pinot Noir. It’s fickle, it’s difficult to work with, and it’s been known to throw in the towel at the first sign of trouble. So why do so many winemakers put up with its crap? Because this diva can […]