Where did wine come from? It wasn’t France. Nor was it Italy. Vitis vinifera, also known as “the common wine grape,” has an unexpected homeland! Let’s dive into the origin of wine.

Where is The True Origin of Wine?

Ancient wine production evidence dates between 6,000 BC and 4,000 BC, and includes an ancient winery site in Armenia, grape residue found in clay jars in Georgia, and signs of grape domestication in eastern Turkey. We still haven’t pin-pointed the specific origin of wine, but we think we know who made it!

The Shulaveri-Shomu people (or “Shulaveri-Shomutepe Culture”) are thought to be the earliest people making wine in this area. This was during the Stone Age (neolithic period) when people used obsidian for tools, raised cattle and pigs, and most importantly, grew grapes.

Here are some examples of what we’ve learned about the origin of wine.

Organic compounds found in ancient Georgian pottery link winemaking to an area in the Southern Caucasus. The pottery vessels, called Kvevri (or Qvevri), can still be found in modern winemaking in Georgia today!

By studying grape genetics, José Vouillimoz (a grape “ampelologist”), identified a region in Turkey where wild grape vines closely resemble cultivated vines. This research supports a theory that a convergence zone between cultivated and wild vines could be the origin place of winemaking!

A Relic Winery Unearthed in Armenia

The oldest known winery (4,100 BC) exists in group of caves outside the Armenian village of Areni. The village is still known for winemaking and makes red wines with a local grape also called Areni. Areni is thought to be quite old and you can still drink it today!

From West Asia, wine grapes followed cultures as they expanded into the Mediterranean. Sea-fairing civilizations including the Phoenicians and Greeks spread wine throughout much of Europe. As grapes came into new areas they slowly mutated to survive new climates.

The mutations created new grape varieties or “cultivars” of the wine grape species. This is why we have several thousands of wine grapes today!

Diversity is important. In wine, diversity protects against disease and reduces the need for pesticides. Additionally, different grapes thrive in different climates. This gives us the opportunity to grow wine grapes in many places.

Unfortunately, demand for popular grapes reduces the amount of natural diversity in the world. Many ancient regions (with rare varieties) pull out their native grapevines in favor of popular varieties like Cabernet Sauvignon or Pinot Noir.

Planting familiar grapes is more common that you might think. For example, about 50 grapes make up about 70% of the world’s vineyards. Current vineyard statistics suggest that there are over 700,000 acres (288k hectares) of Cabernet Sauvignon. Whereas, some rare varieties only exist in a single vineyard! 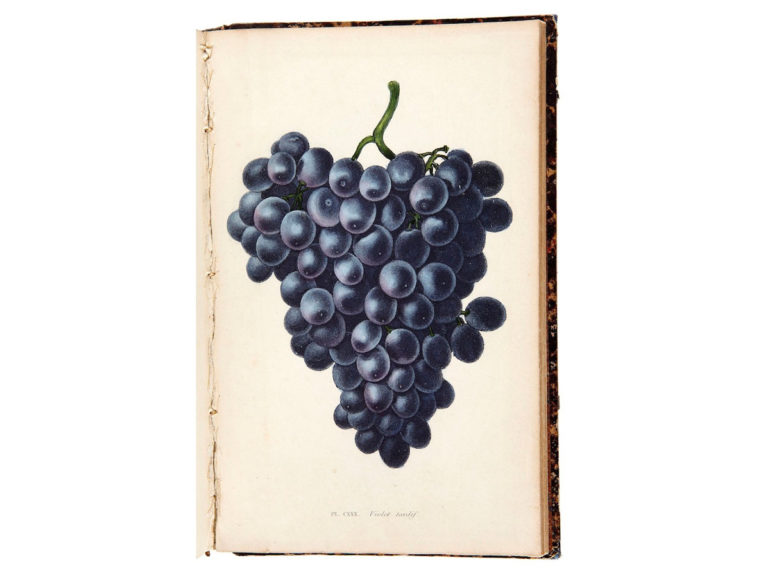 If you love wine, make an effort to try new wines; it encourages diversity! To that effort, we’ve created a starter collection of over 100 grape varieties that you might like to try! I hope you enjoyed this exploration of the origin of wine and explore the collection below.