The obsession with Game of Thrones reaches a high point as we identify what wines grow in the nine major regions. Tyrion Lannister (you know, the puppet master dwarf lord played by Peter Dinklage) uses wine as a tactical social lubricant in all of his palace dealings. So what does Tyrion like to drink?

After taking a closer look at possible trade routes, regional weather, and local geology we’re pretty certain that Lord Tyrion enjoys Dornish wine for the most part. Occasionally Tyrion may suck down a wine from The Reach, something he reserves for special occasions/girls.


We take some artistic liberties in the article below so that we can talk about the regions as hypothetical wine growing areas. As Elijah was kind enough to clarify, in the books, the only wines mentioned were those imported from Dorne and the Arbor. The Northern areas were known for making ales and beers. Spirits were not mentioned.

Who’s Drinking What Based on Region 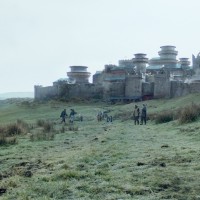 The North, ruled by House Stark of Winterfell, is a huge sparsely populated region. Most of the region is susceptible to particularly long winters making growing crops difficult, if not impossible. Special greenhouses are built that take advantage of hot springs and volcanic vents allowing crops in these regions to grow year-round. A small portion of the north maintains a cool and temperate climate similar to that of Scotland.

With a short growing season, The North relies on resilient vines and a higher acid style of wine. Sparkling wines made from gruner veltliner, chardonnay and some pinot noir would most likely to be cultivated in The North. Cellar temperatures are perfect for long term aging with imported red wines from the Riverlands. 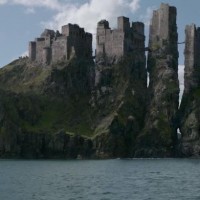 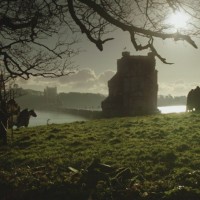 The Riverlands is centrally located and is a temperate, fertile region dominated by multiple rivers coming together forming what they call the Trident. Most of the growing region benefits from warm summers and moderate winters.

A fertile area with alluvial soils and moderate regional temperatures is ideal for Pinot Noir, Chardonnay, Pinot Gris and Ugni blanc (Ugni b. is distilled into fine aged brandies). Although such fertile lands don’t make the highest quality wines, they definitely produce a lot. The best vineyard lands are most likely are along kingsroad on a south facing slopes. Less fertile slopes force the vines to struggle and produce more concentrated wines. 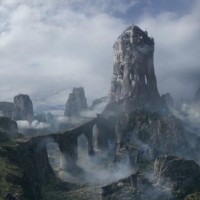 The Vale is an area surrounded almost completely by Mountains. The Vale itself has a temperate climate with fertile meadows and forests. Water is easily accessible from snowmelt funneled through a never-ending waterfall. The soil is rich and black.

With volcanic rocky soils and schist the people of Vale most likely grow riesling, gewurztraminer, pinot blanc, with a little pinot noir. The Vale is distinguishable by a unique terrior(see us ‘taste’ terrior) that is often referred to as smokey, meaty and earthy. The Wines from The Vale are rarely exported because of the difficulty of transport and are hailed by their uniqueness and scarcity. Because of the average temperatures in the region, the best vineyards gather any available sunshine from steep rocky vineyards. 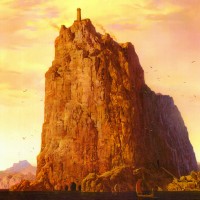 The Westerlands is a land of hills and valleys sandwiched between the well-watered Riverlands to the east and the sea. The soil is rich in minerals and precious metals, particularly gold and silver.

A mining region before a wine region, the soils in the valleys and low hills in the Westerlands are ideal for Cabernet Sauvignon. Producing wines of great intensity and age-worthy character, the Lannisters are sitting on a gold mine of wine potential, whether they realize it or not. 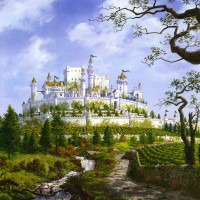 The Reach is the most lush, fertile and populated region of Westeros, ruled by House Tyrell. Well known for having the most sought after wines. Plentiful access to water from the River Mander.

Rich Red Blends for The Wealthy

The best vineyards are located on low hills and are most likely planted with Sangiovese, Nebbiolo, Syrah, and Merlot. With clay based alluvial soils the focus for The Reach is fine red wine blends that are marketed to the nobility in and out of the region. Because of The Reaches high population, the wines are well known about and the dominating producers are probably well-established.

The Stormlands are damp, wet and contain many forests. Reaching out on peninsula, the region is bordered by Shipbreaker Bay and the Dornish Sea to the south.

Dorne is the least populated and hottest region. An arid, dry, and rocky landscape featuring the only desert. Though it does have some rivers which create patches of fertile land, enough to keep the land habitable throughout the year. This is the only region which citrus fruits grow. Dornish wine is known to be among the best values of all regions.

Since wine is very drought resistant, Dorn has grown into a region producing a large amount of Tempranillo, Mouvedre, Garnacha, Palomino and Pedro Ximenez. The latter two varietals are reserved for producing fortified sweet wines that are most likely produced by large houses in Sunspear, Dorn and shipped. The red wines are fruit forward with dried berry flavors making Dornish wine some of the best valued red wines of Westeros.

Got something to add? Post it below in the comments!