There are moments (many for some, and rarely for others), when you might need a little slap in the face. Maybe you had a crappy day at work and you won’t shut up about it, or maybe you forgot how to breath–this is not the point.

“Sometimes all you really need is a big red wine to punch you in the mouth.”

The point is, this is the perfect time for drinking a big bold red wine. It won’t even leave a mark. 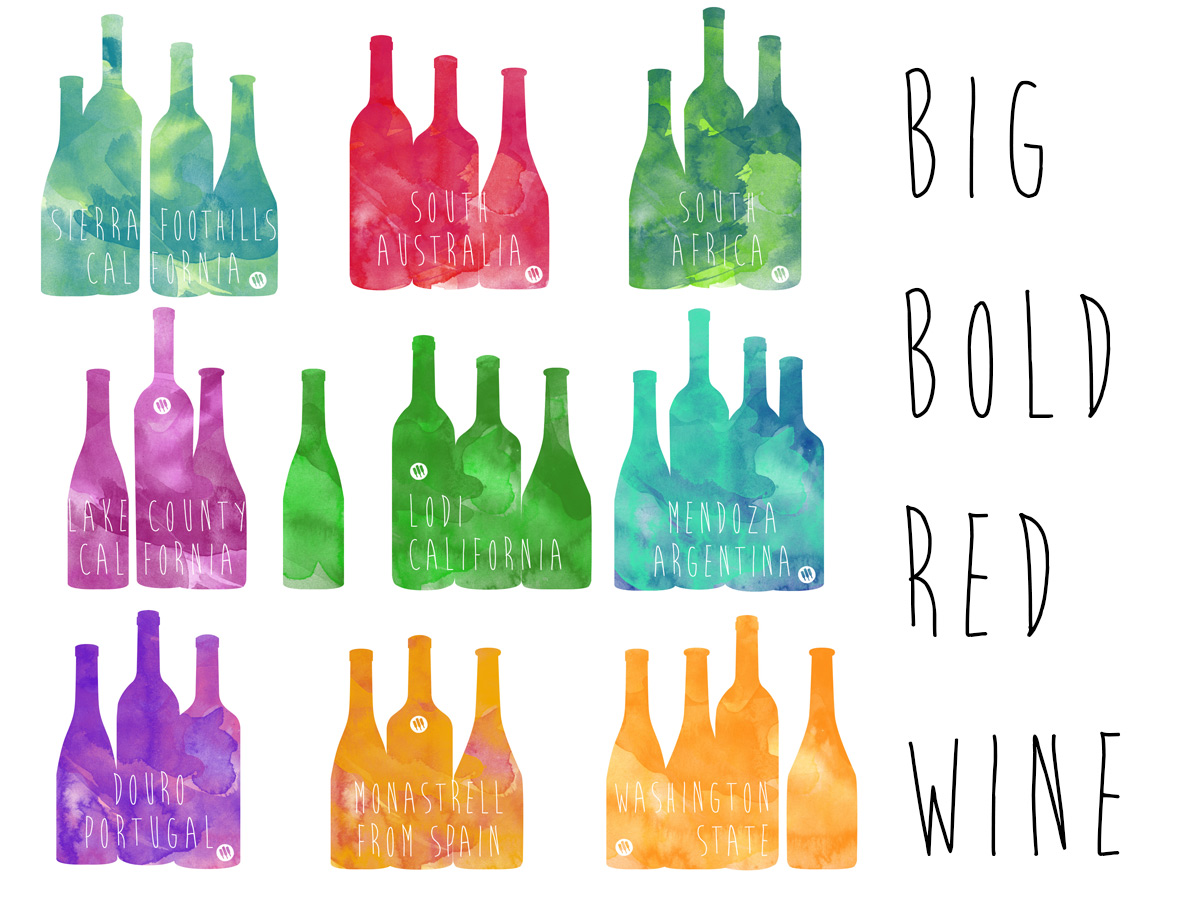 Now that big red wines have been proven (with infallible reasoning) to have great purpose, I’d like to introduce to you a few examples that are well worth trying.

I’m not going to name names, that would be too easy. Instead, I’m going to tell you where these magical berry-bombs grow so you can go seek them out on your own. You are a smart person and this is part of the adventure!

If it weren’t for these wines to begin with, so many of us would never fall in love with wine. And, for many casual drinkers, big reds are the epitome of what a great wine should be: a generous bear-hug in a glass. So stimulating that a single sip will shut you up in suspended awe.

Of course, many of us wine people write these wines off as simple and overbearing and that’s too bad. These wines are just as challenging to produce and can only be made in warm climate growing regions. (Check out this article on wine climates to learn more about what that means.)

This is not an exhaustive list. In fact, it’s missing several savory-styled bold red wine regions (such as Nebbiolo, Bandol, Cahors, Toro, and Madiran). This list of bold red wines is focused on those fruit-forward regions. 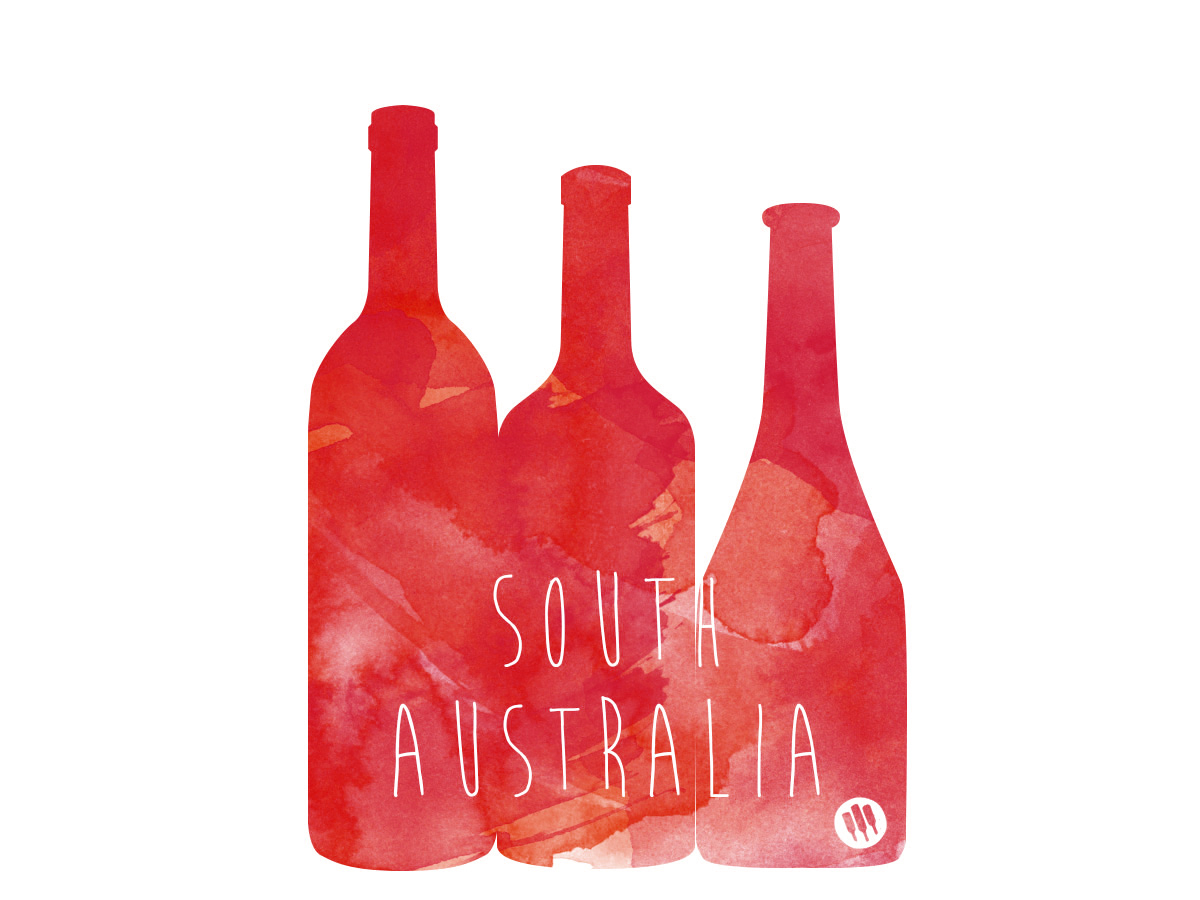 Everything is bigger in Australia: the bugs are big, the bats are big (ahem… “flying foxes”) and, if you go to a grocery store, celery stalks are sold in halves because a whole celery will not fit in your refrigerator.

The wines of Australia can be massive too, and while many producers are making leaner styles to match our changing palates, no one else in the world can make Shiraz as boldly as in South Australia.

For as bold as these wines are, the great producers make them balanced with good acidity and they end up being quite age-worthy. We’ve tasted 15 year old “fruit bombs” that are still rich with blackberry fruit, black pepper and plum sauce and so opaque you would have thought someone had poured motor oil in your glass. Shiraz (aka Syrah) is definitely the grape of choice, and the historical echelon of quality is found in Barossa Valley. 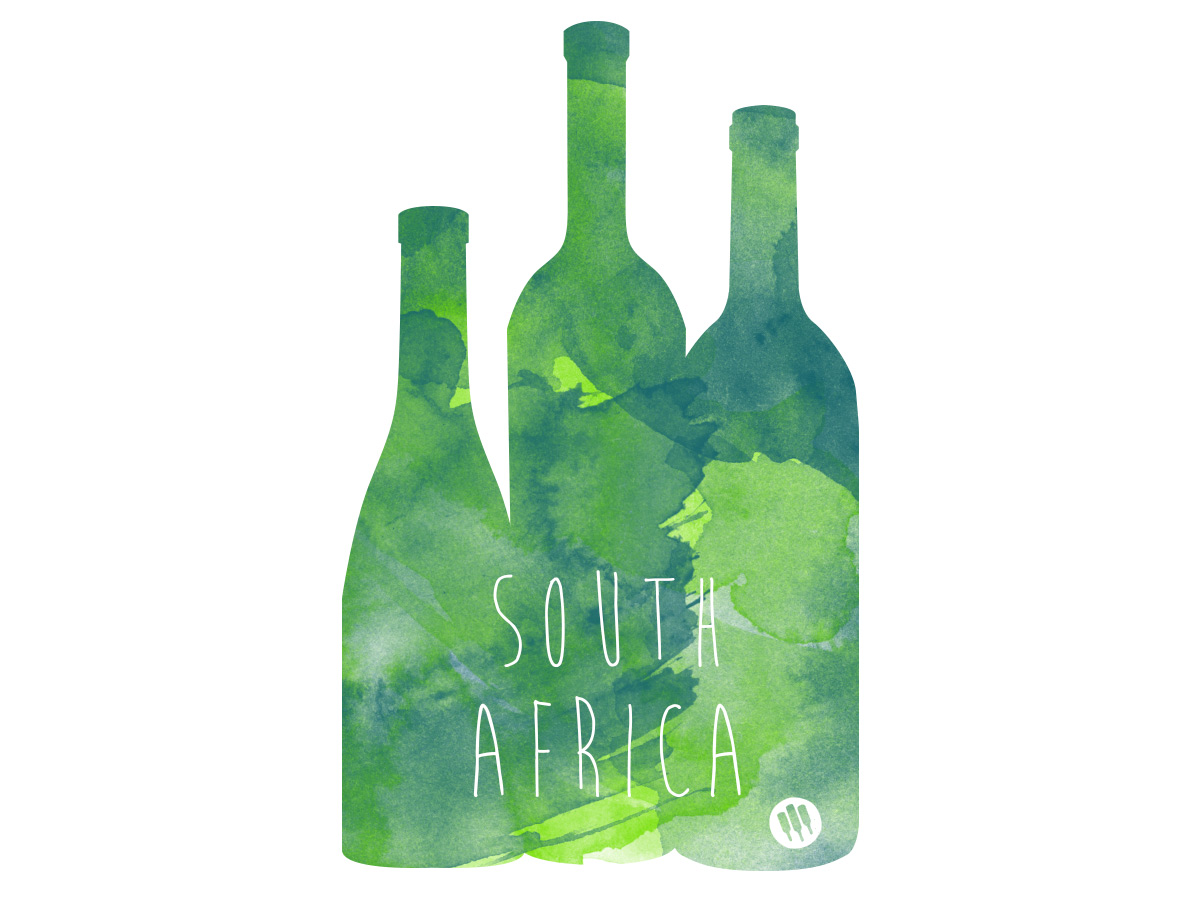 What you might not know about South Africa is that the Western Cape is home to a 6th floral kingdom ; plants that grow here–such as proteas,–exist no where else in the world.

Fortunately, most South African wineries seem proud to preserve their unique ecosystem. In a similar rarity, South Africa is the only country actively producing Pinotage, a wine grape that matches with Syrah or Mourvèdre in terms of boldness and fruit intensity.

Pinotage is an incredibly challenging wine to make well, so you’ll need to be selective when picking one out (to avoid those tar-like flavors). When you find one, you’ll be blown away with its rich plum saucy, barbecue-like flavors.

The other (more popular) bold red in South Africa is Cabernet Sauvignon. The region has ancient soils (about 65 million years old) which lends to minerality and savory flavors, but with the region’s ample sun you’ll find yourself thinking that Napa and Bordeaux got together to make a beautiful baby. 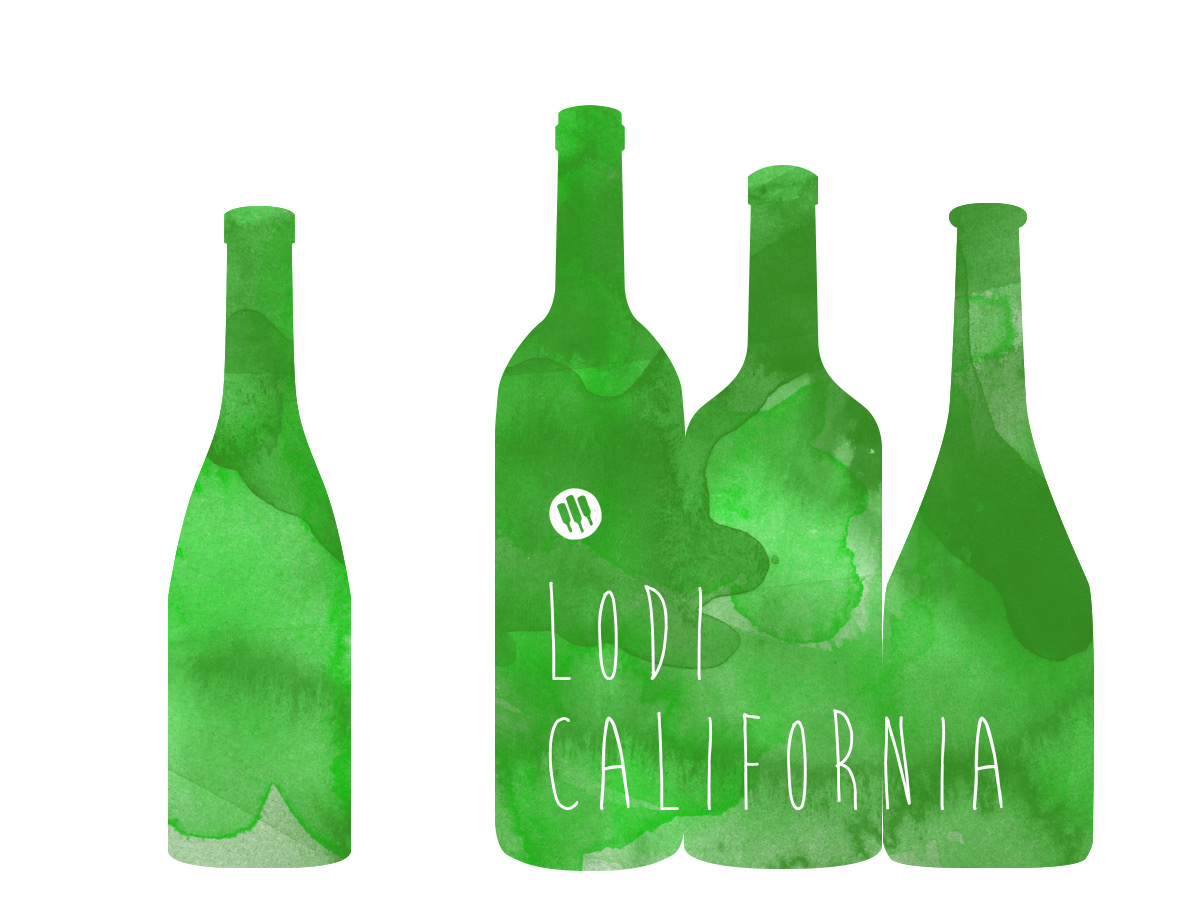 Only recently has Lodi become more talked about. Still, it’s one of those regions you can drive past (on the I-5 Freeway) and not even realize it’s there. Surprisingly enough, Lodi is home to 100,000 acres of wine grapes (which is Sonoma and Napa together in terms of size).

Many of the families in Lodi who grow grapes have done so for 4 or 5 generations and the vineyards have many century-old vines. Lodi is where we can find incredible smoky-flavored Zinfandel wines and super-value Cabernet.

As much as this is great, perhaps what’s even more fascinating are the other 95+ esoteric grape varieties in Lodi that were imported long ago from Germany, Portugal, Italy, and the Southern Rhône. 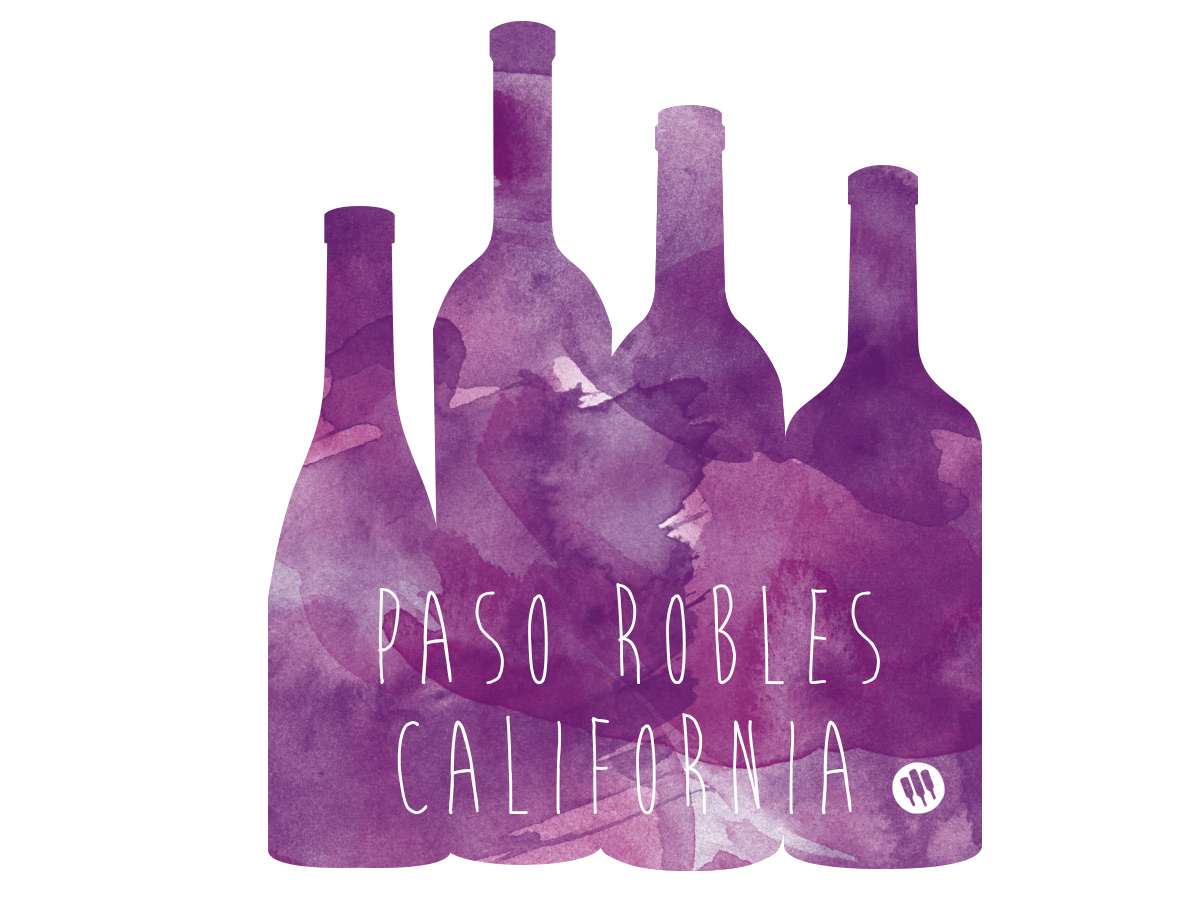 Paso Robles is quintessential American horse country. Imagine large dusty pickup trucks pulling horse trailers through winding valleys covered in oak trees. When driving through the region, there are rare moments when you feel transported back the United States westward expansion in the late 1800’s.

Of course, today Paso Robles is giving Napa a run for its money with acres upon acres planted of Cabernet Sauvignon and Zinfandel. The Cabernet from Paso Robles is jaw-droppingly rich and the Zinfandel offers up 5-spice, plum and peach flavors (while maintaining the regions’ characteristic high acidity).

Still, Cab and Zin aren’t even the best wines made here: the real surprise in Paso Robles are the Rhône varieties: Syrah, Grenache, Mourvèdre (aka Monastrell). 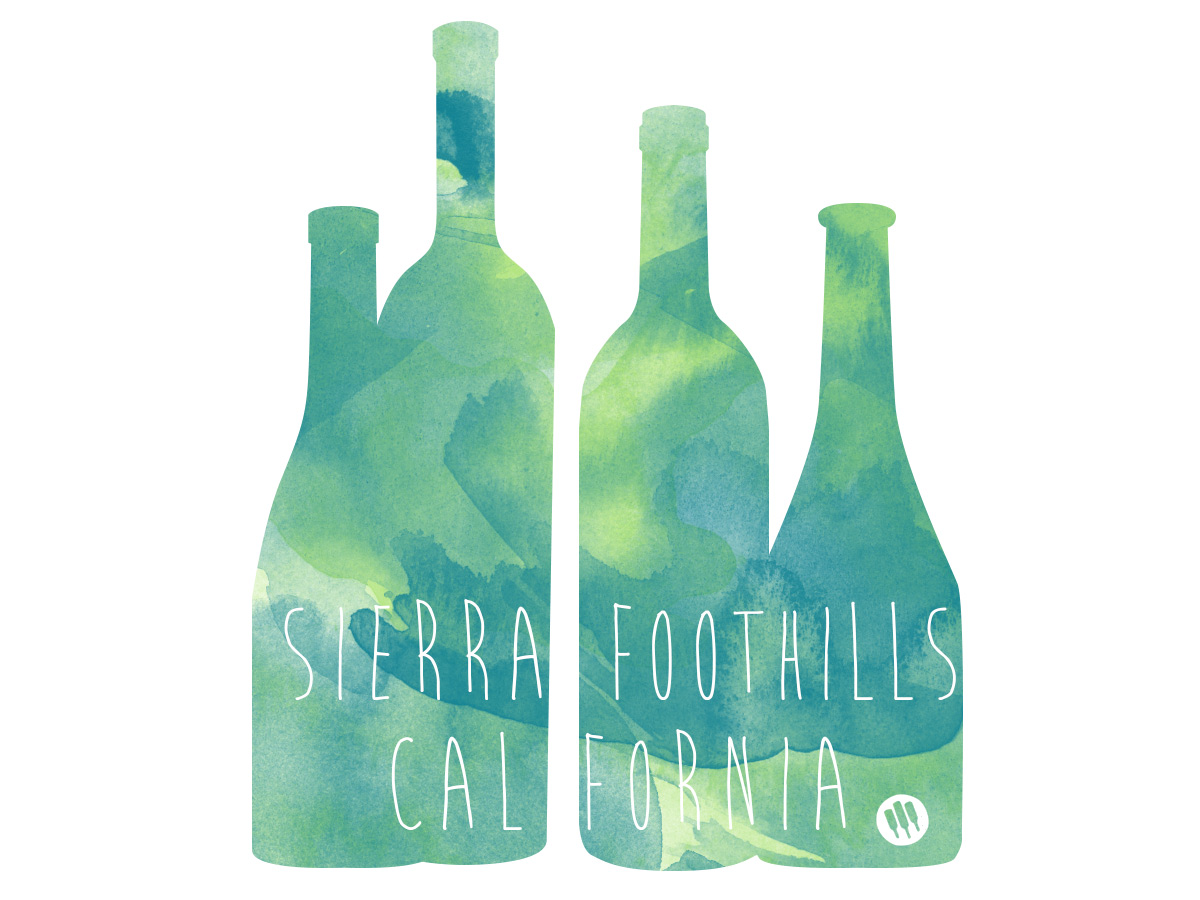 Former gold rush territory where, rumor has it, a few wineries use old mine shafts as cellars (mine shafts are, after all, the perfect temperature). The Sierra Foothills might just be the last stand of why California has a name for rugged innovation.

Vineyards are scattered in between evergreen trees and wines are ruggedly rich (and sometimes sweet). While the Zinfandel and Cabernet wines are delicious from Eldorado and the Sierra Foothills it’s the more obscure varieties that are worth exploring, including Barbera and Cabernet Franc. 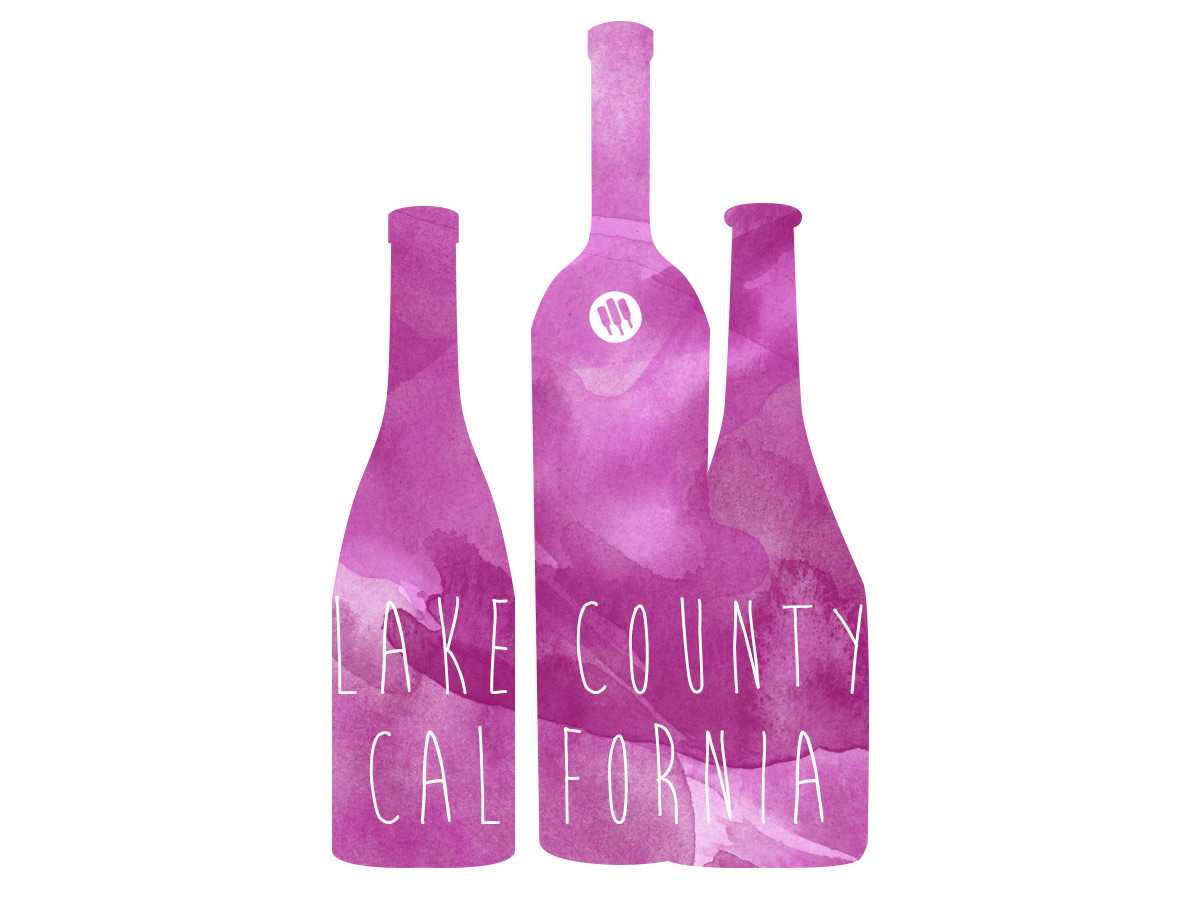 It’s hard to say exactly why Clear Lake is not as well known (or as well developed) as it should be. Its neighbors include the famous Napa Valley and many producers borrow Lake County fruit to embolden their wines. The regions volcanic soils (look for Red Hills) and high elevation show some of the greatest new potential for complex-but-bold red wines in the North Coast AVA.

Clear Lake itself is a fluke of geological nature: scientists were shocked to discover that the lake is likely to be 480,000 million years old. Sadly, today it suffers from drought and the systematic draining from longterm water leases to the central valley of California. 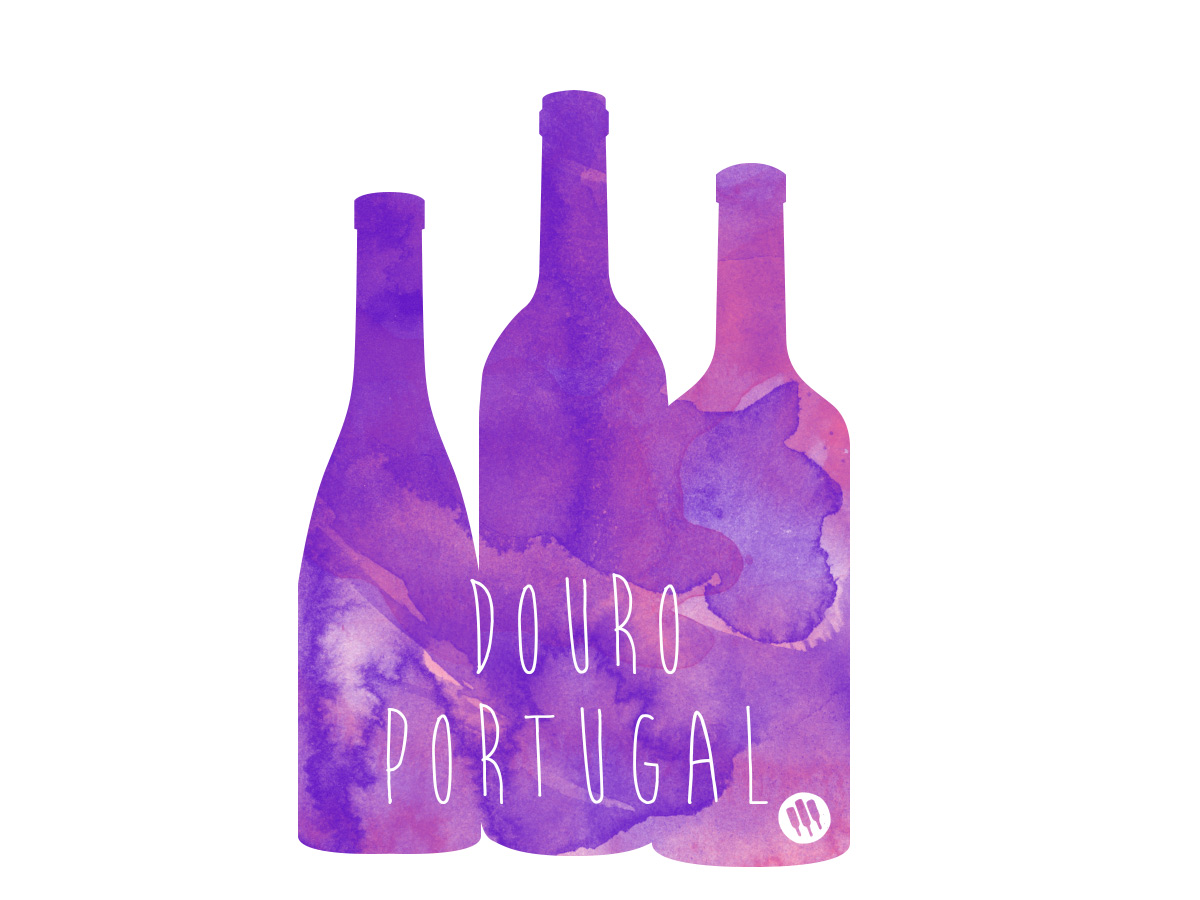 The demand for Port slowed and the Douro Valley suffered a great deal. Marketing money in an attempt to increase awareness of Port wine (it is delicious btw) just hasn’t had the effect that Port producers need, so they started to experiment with dry red wines made with Port grapes. Huzzah! These wines range from a $10 bargain to some of the highest rated bold red wines in the business. Douro Tinto is the wine of Port’s glorious new era. 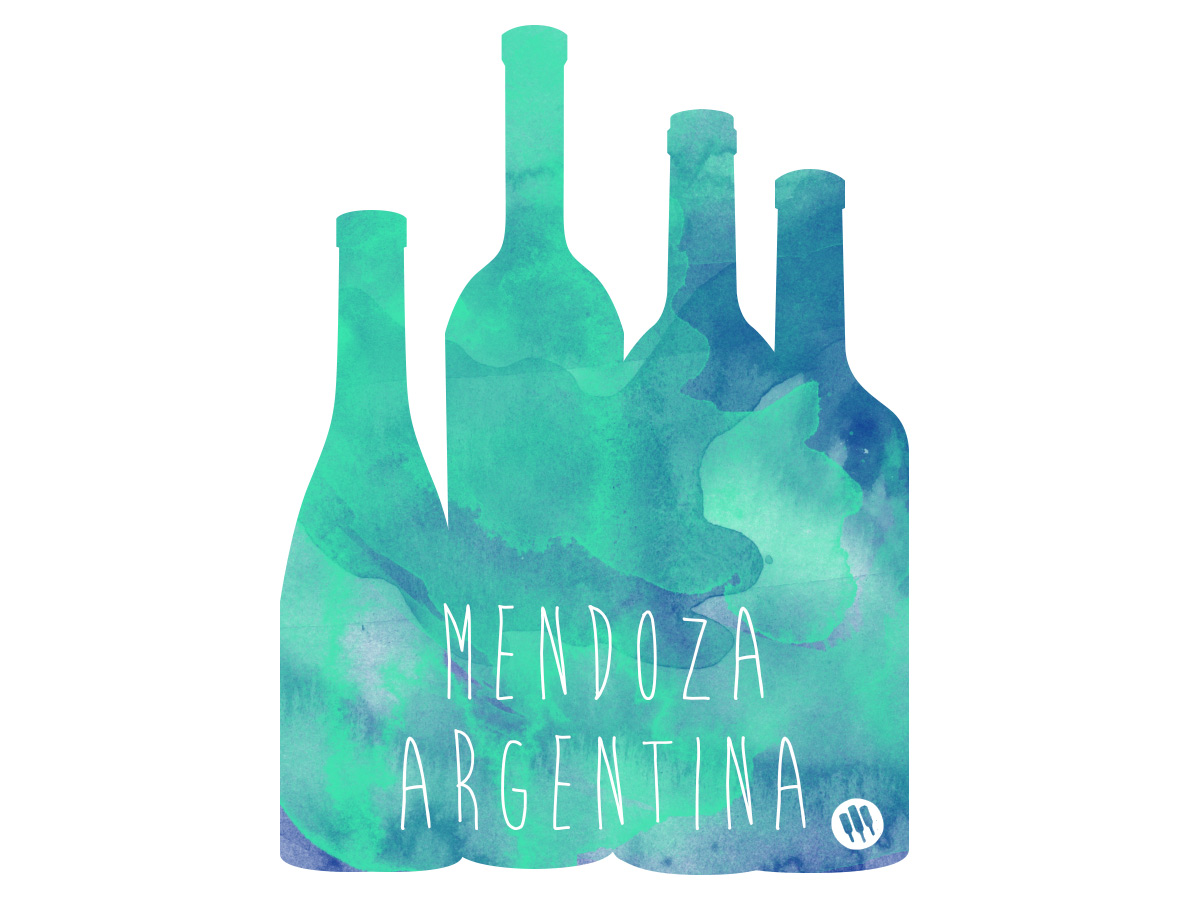 Mendoza is a large flat expanse that stretches on and on in such a way that it seems to dwarf the actual size of the Andes mountains (until you actually head towards them). In fact, Aconcagua Mountain, which is visible from Mendoza, is the highest peak of the Andes in South America.

The region starts at 2400 (~750m) feet and swells upward from there. This high elevation is a keen benefit for ripening Malbec and Cabernet Sauvignon, because at night the temperatures drop and promotes slow ripening (a good thing in a sunny place like this). While most of us go bananas for Malbec from Argentina, it’s the Cabernet-Malbec Blends that have us believing that this region is producing seriously awesome wine stuff. 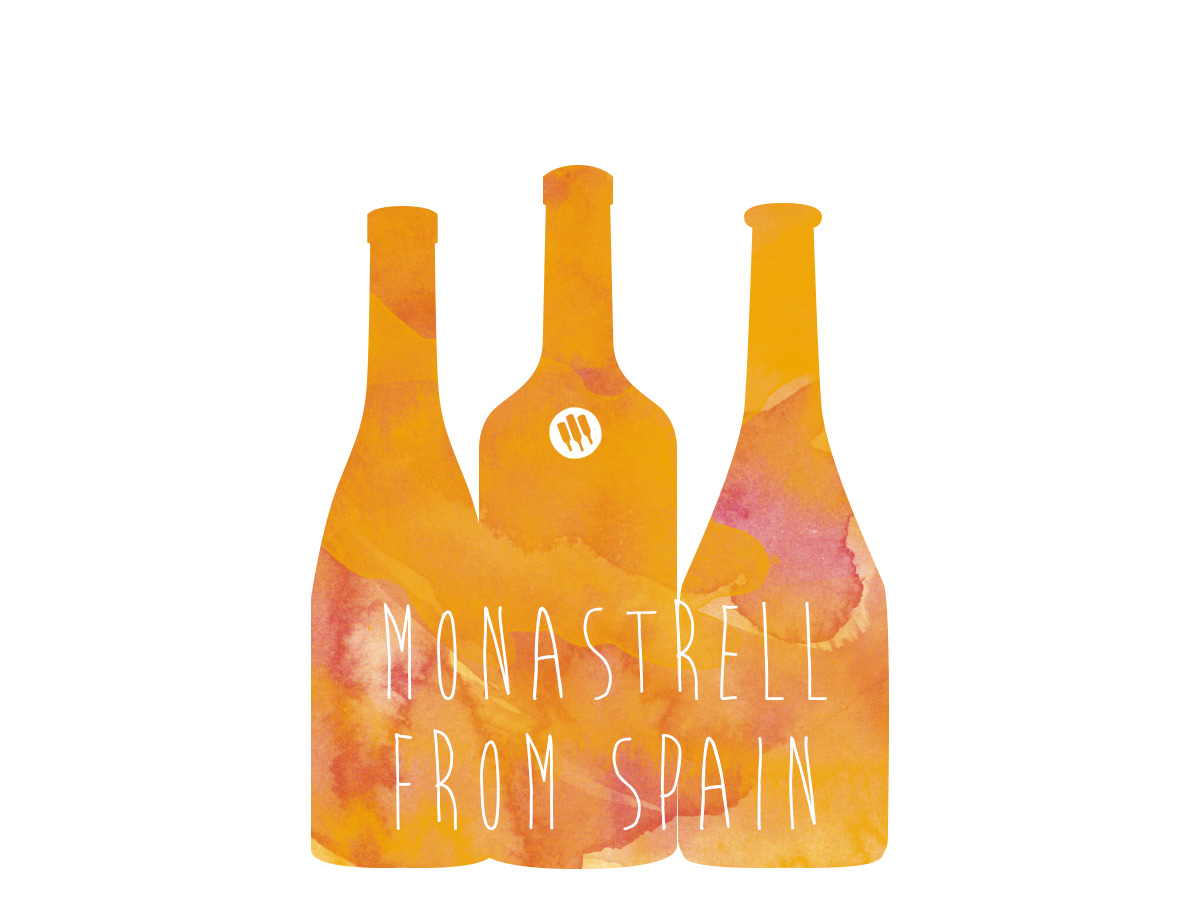 Although Mourvèdre in France may be more known about, the Spanish wine made with this grape (known as Monastrell) is much more abundant. Wines from these regions are purple-black and exude aromas of plums, black pepper and sweet blackberry. The serious producers make outstanding wines and most are shockingly affordable. 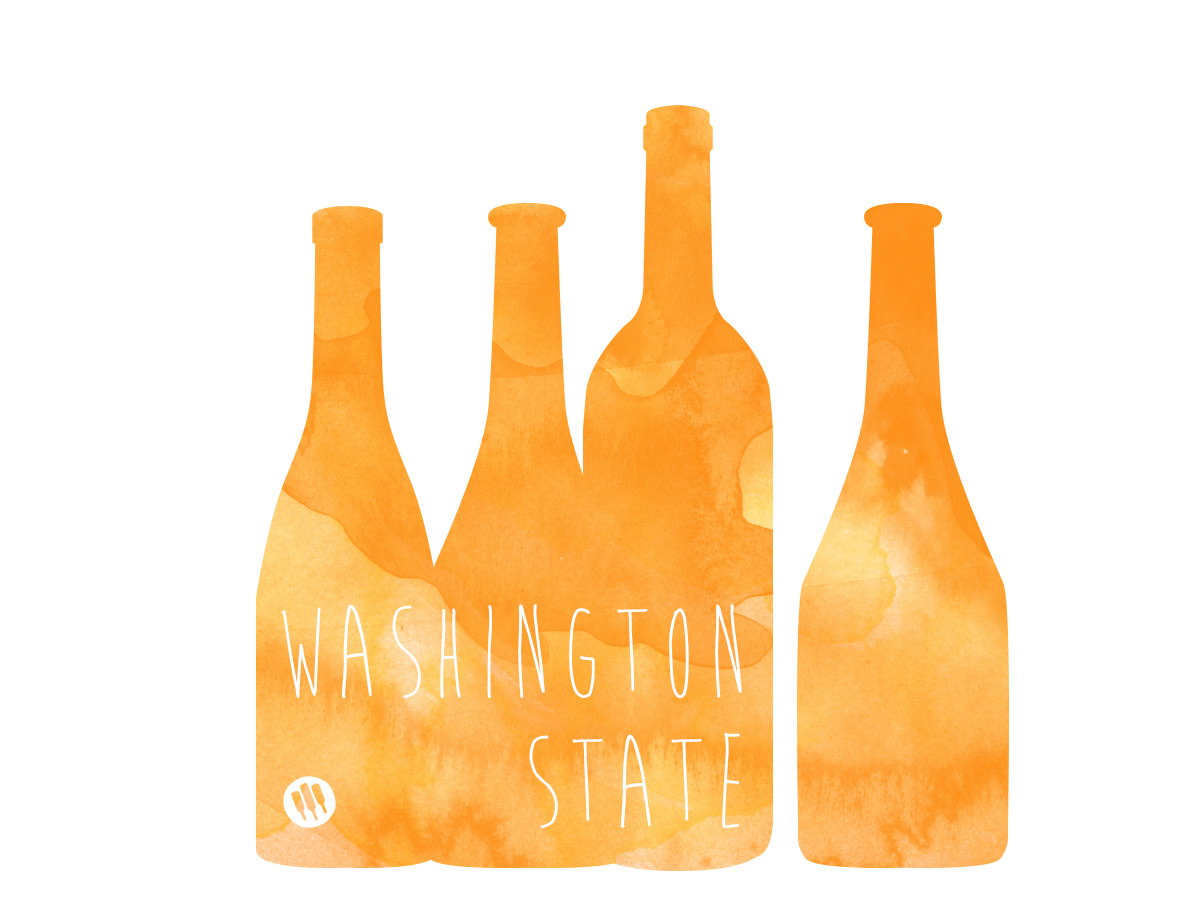 Most of us picture rainy Seattle when we think of wines from Washington State. However, the grapes grow (and the apples for that matter) on the other side of a mountain range that stops the clouds from passing through. The boldest Washington wines come from a select set of AVA’s (American Viticultural Areas) which seem to have the perfect conditions for ripening red wine varieties.