The name Pinotage is a little bit misleading because it sounds so much like Pinot Noir. It is easy to assume they taste alike. Not true. In fact, the South African grape looks and tastes more like Shiraz even though Pinotage is technically related to Pinot Noir. So why haven’t we heard more about this deliciously dark grape? Pinotage has struggled with a very bad reputation for the last 20 years… fortunately, things are changing!

If you love a bold barbecue-friendly wine, Pinotage wine is definitely worth investigating. 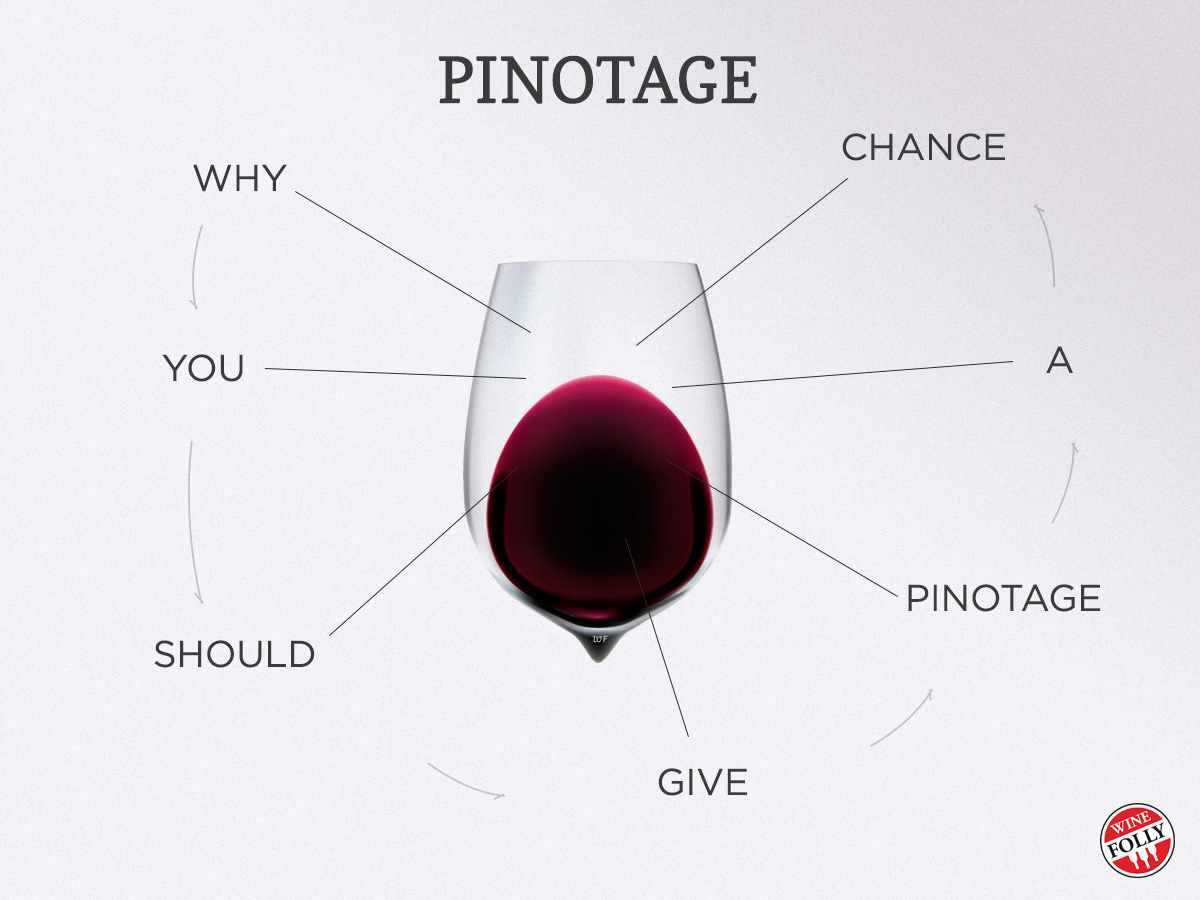 Pinotage is a grape crossing of Cinsaut and Pinot Noir. It was first crossed in South Africa in 1925 in the gardens of scientist Abraham Perold. Perold observed how Pinot Noir struggled in South Africa’s climate, so he crossed them with a very productive species: Cinsaut (called Hermitage). Perold’s goal was to create a wine that was as delicious as Pinot Noir but grew as well as Cinsaut.

WEIRD SCIENCE IN THE 1920’s Scientist designed ‘super’ grapes were all the rage during the 1920’s including Austrian Zweigelt, German Scheurebe and South African Pinotage.

The result of the crossing between Cinsaut and Pinot Noir was unexpected. The Pinotage grapes were extremely dark in color and the wine they created was bold and high in tannin and anthocyanin —nothing its the progenitors. Despite the difference in flavor, Pinotage would eventually become the 2nd most planted grape in South Africa.

Pinotage Used to Have a Bad Reputation

Pinotage is dense in color and bold in flavor with notes of plum sauce, tobacco, blackberry, tar and licorice. 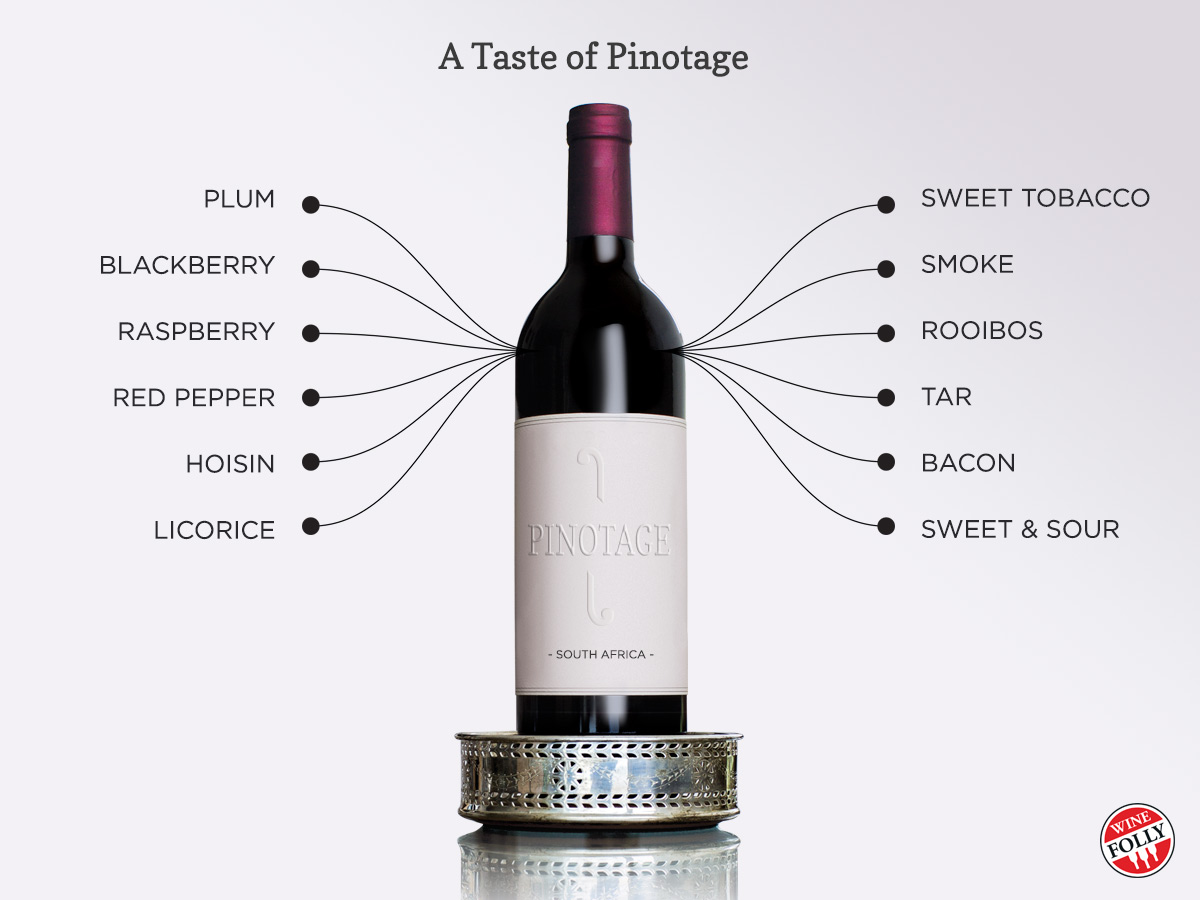 On great bottles of Pinotage you’ll be delighted by the flavors other than fruit. A wide array of other flavors include: rooibos, dried leaves, bacon, sweet and sour sauce, hoisin and sweet pipe tobacco.

You should expect tannins to be bold but to have a sweet note on the finish –almost like flavored smoke. As far as acidity is concerned, the grape is typically high pH (low acidity) so most winemakers will acidify their wines early in the fermentation process so the acids are more integrated. Many wineries in hot climates, including California, Australia and Argentina, acidify their wines. Well-integrated acidification is unnoticeable although some tasters appear to be more sensitive to this trait than others.

Pinotage can go very wrong because it’s so volatile. When it’s bad, it will smell very pungent and sharp, almost like nail polish remover. This smell is a clue that the wine has high levels of Volatile Acidity (VA) which is caused by a high proportion of a ‘bad acid’ called acetic acid. Besides the sharp smell, some of the wines can become over-extracted which is a process where the wine spends too long on the skins and seeds. Over-extracting Pinotage will make the wine taste like burnt tar.

EXPERT FACT: It’s interesting to note that the skins of Pinotage are so rich in tannin, anthocyanin and cyanidin that many winemakers in South Africa will ferment wines fast and hot (to reduce rigid tannin) and then finish the fermentation separated from the skins.
Sources
We received additional information for this article from Danie Steytler Jr. from Kaapzicht Wine Estate and the Pinotage Association in South Africa