What are the best soils for growing wine grapes?

One of the most frequently mentioned traits of a great wine is the soil. The conversation usually sounds something like this:

“This estate is certainly well-located, resting on well-drained, gravelly soils with some veins of clay running through them.” –Chateau Charmail, Haut-Médoc, Bordeaux

So, now that you’ve read the statement above, you might be wondering: “What the heck does that mean?” 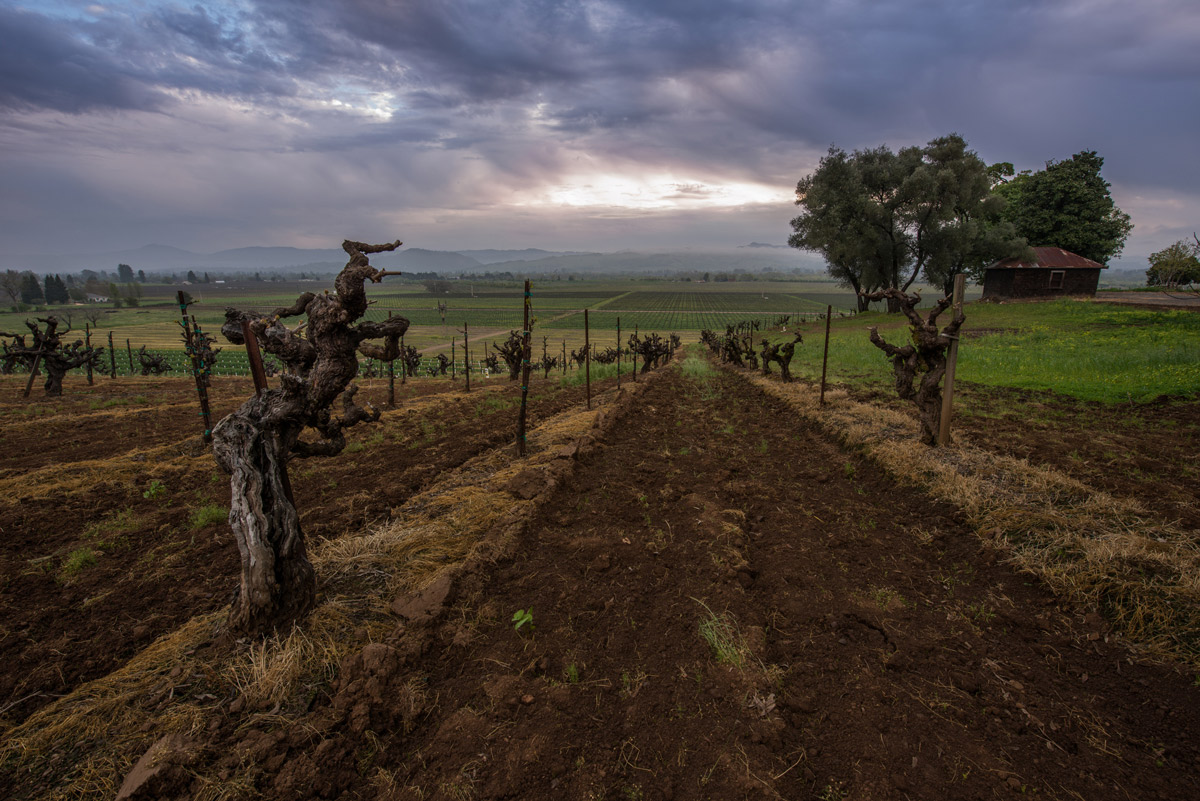 Here are two very common questions when it comes to soils and wine:

Fortunately, we can understand wine a little better by paying attention to how wines behave on 4 primary soil types: 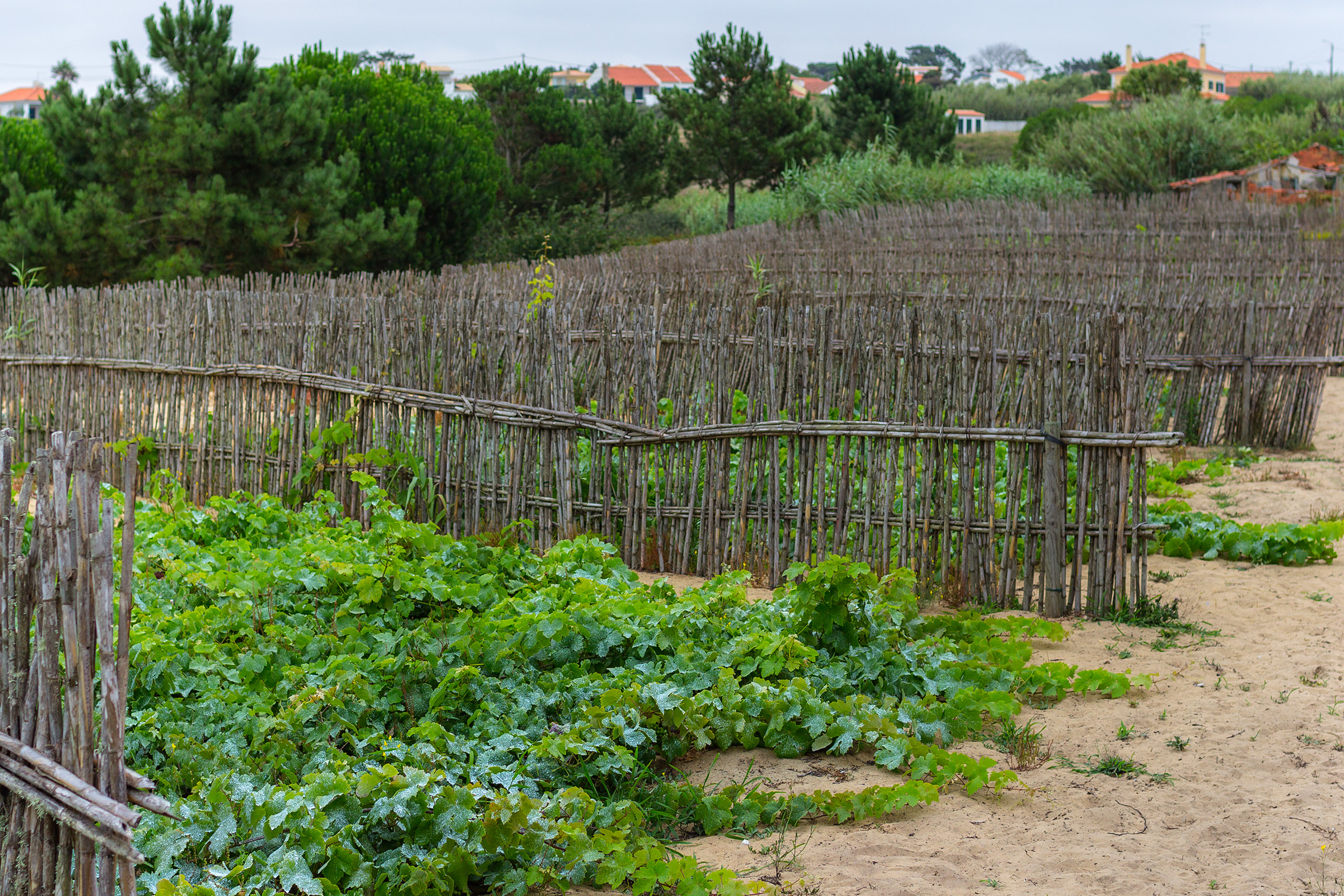 The beach-like sandy soils of Colares, Portugal have less than 30 acres of vineyards left due to suburban development.

Sandy soils are well-drained and retain heat. In warm climate regions, sandy soils make wines that are ‘softer’ with less color, lighter acidity and tannin. If you’ve ever had a wine from Swartland, South Africa and seen how pale the wines can be, this is part of the reason why. In cooler climate regions, sandy soils benefit vineyards by retaining heat and draining well to produce highly aromatic wines. A side benefit of sandy soils is their resistance to pests which could encourage more organic production in the wine region.

Cannubi is a top cru of Barolo with sandy clay soils. The wines from Cannubi are noted for their intense aromatics, light tannin and very pale color. You’ll also find plenty of sandy soils in the Northern Médoc (close to the sea) as well as Graves in Bordeaux. These regions produce lighter and more aromatic Cabernet Sauvignon. In Lodi, there are several plots of 1890’s Zinfandel including Leland Noma’s Cemetery Vineyard that survived grape phylloxera because of the sandy soil. 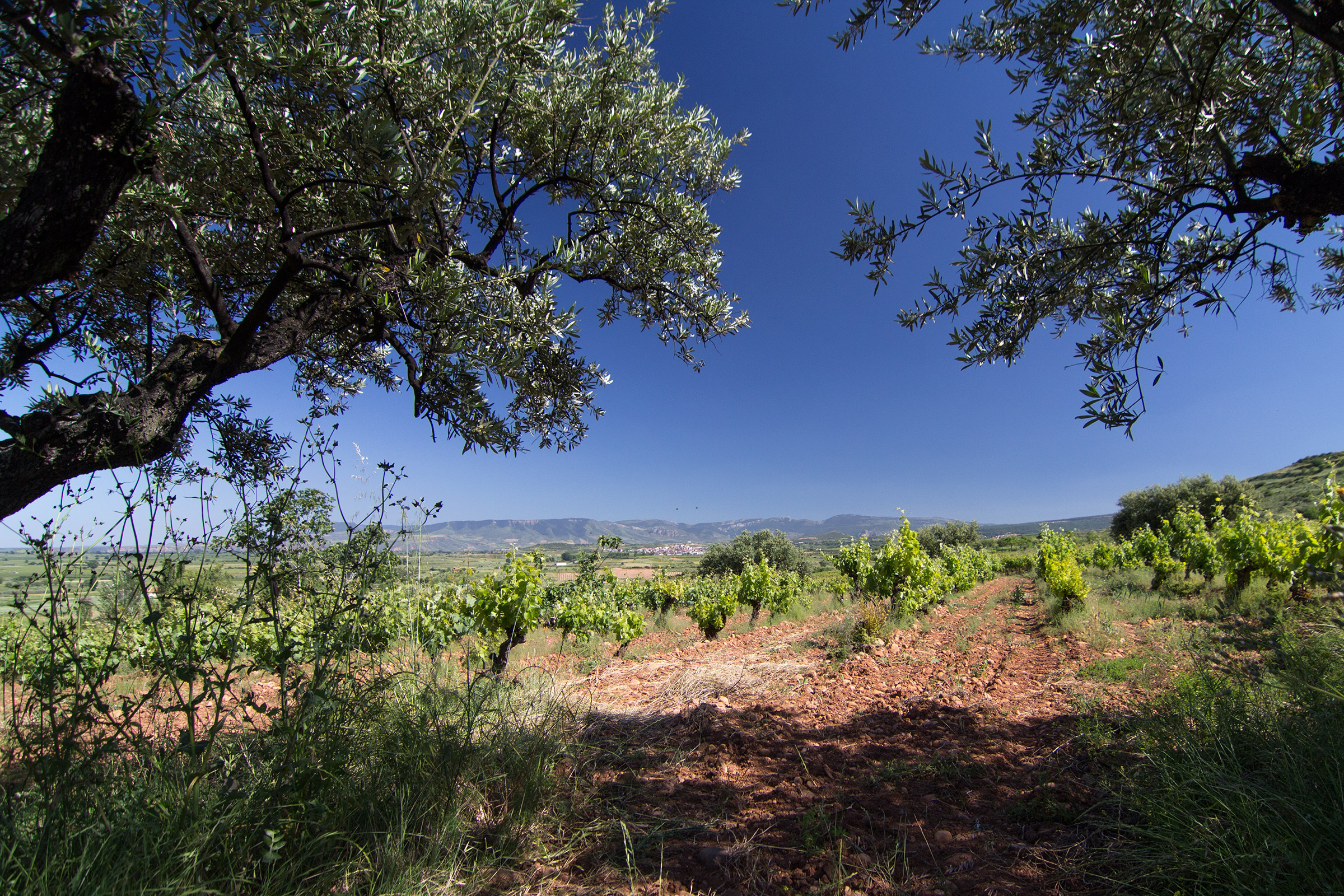 Clay soils are a paramount component to the great Tempranillo-based wines of Rioja, Spain.

Clay soils tend to stay cooler and also retain water. There are several types of clay soils, including a lime rich clay called Calcareous Clay which is said to be even cooler. These soils are famous for producing some of the boldest red and white wines in the world.

In Rioja and Ribera del Duero, Spain the highest quality Tempranillo vineyards grow on limestone-rich clay soils. In Burgundy, Vosne-Romanée is noted for producing the world’s most acclaimed Pinot Noir on clay limestone soil called Marl. In Chianti, the Albarese soil is a clay-limestone soil known for making bold Sangiovese wines. Finally, several hillside vineyards in Napa and the great Shiraz vineyards of Barossa are mostly found on clay-loam soils.

Smooth and round wines with slightly less acidity

Silt soils retain water and heat. In cooler climate regions that have sun, the ideal silt soil sites tend to be mixed with a portion of limestone. Silt soils are very fine grained which makes growing roots very difficult.

The Loess (wind-blown silt) soils in eastern Washington are the top layer of soil that covers the sandy-loam ancient flood soils below. Washington wines are highly aromatic with slightly lighter color and smooth tannin. In Oregon, one of the favorite soil types for Pinot Noir is a silt-clay soil called Willakenzie.

Loam is too fertile unless it’s blended

Loam is nearly an equal mix of silt, clay and sand as well as an organic matter called humus. Loam is very fertile and typically causes vineyards to be over vigorous. Because of the vigor, most loam soils produce wines that have very little flavor and color. Despite this fact, loam soils offer great potential with wines made from vineyards that have rigorous pruning regimes.

Much of the Valley parts of Sonoma Valley and Napa Valley is made up of a sandy-loam. The sand keeps the soil poor enough to produce high quality wine grapes. 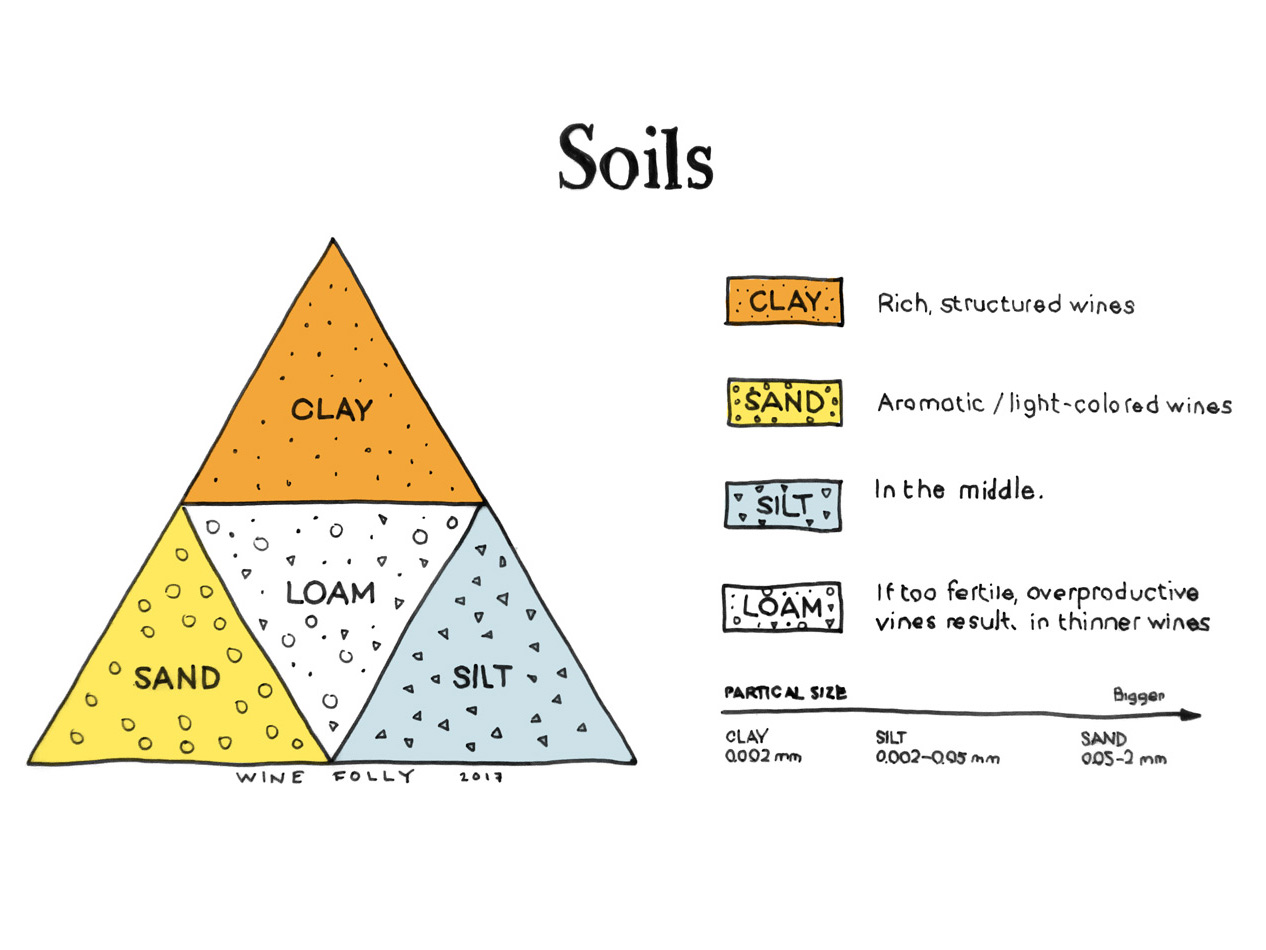 What about Gravel, Schist, Slate and Volcanic Soils?

When it comes to gravel, slate, and schist, rocks can change the temperature of a soil (by retaining heat or reflecting sun) and they also affect drainage. In the case of Bordeaux (which we mentioned above), the gravel in the clay soil increases drainage. The blue slate rocks of the Mosel Valley in Germany retain heat from the sun which is great for the cool climate region. Decomposed volcanic soils are known to retain water, which can be good in dry regions such as Lanzarote in Spain.

You may have noticed how several of the great wines we mentioned contained limestone. Limestone can produce great wines, but it’s not the only choice.

Limestone offers beneficial nutrients to grapes that make them grow better and produce sweeter grapes. It’s special because it retains moisture in dry weather, but also offers good drainage in cool weather. The one negative effect of lime is it causes iron deficiency in grapes which means winemakers with soils that have high lime content must fertilize their soils frequently.

The chalk soils of the Aube in Champagne; Chablis in Burgundy; and Pouilly and Sancerre in the Loire Valley produce bold-flavored zesty white wines. The Calcareous soils found in the Southern Rhône region are famous for making the classic Côtes du Rhône blend of Grenache, Syrah and Mourvèdre. In Paso Robles, California, the best plots of Grenache, Syrah and Mourvèdre grow on sloped vineyards in Linne Calodo soils, a calcareous soil.