Most drinking games aren’t all that sophisticated. This one is. Here’s how to play Wine Brackets, a wine tasting game where eight wines compete for number ONE.

Between 100-point scoring systems, blind tastings, and countless awards to be won, competition is definitely at the heart of modern wine. So why not bring a little of that fun to your own weekly wine tastings?

This is a DIY guide to setting up a March Madness-style wine tasting game for you and your friends, family, or social wine club. It’s the perfect opportunity to try new wines, test your blind tasting skills, and maybe –just maybe– earn some bragging rights. 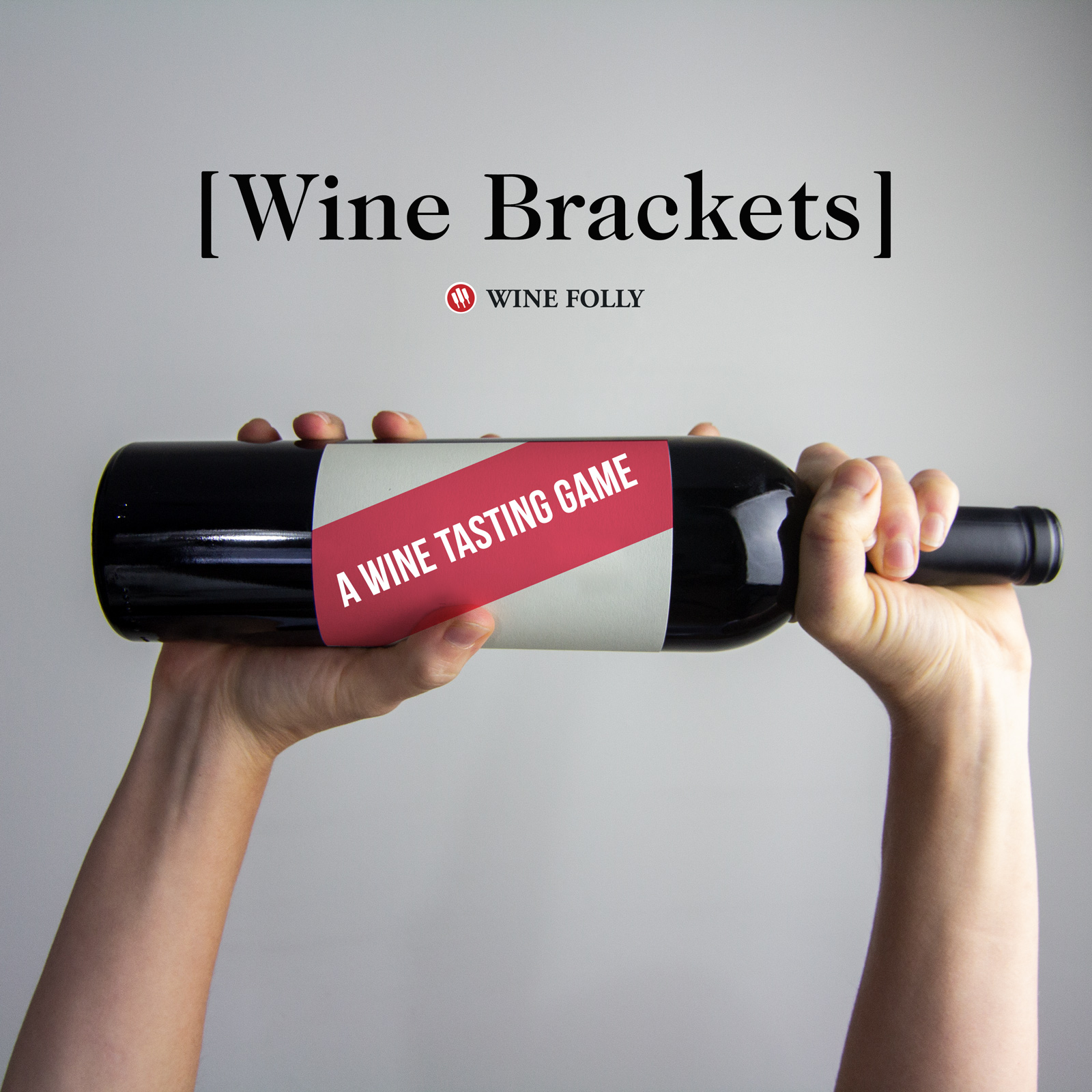 How To Play Wine Brackets

Wine Brackets (aka Wine Madness) is a wine tasting game that many wine clubs have played via different variations over the years, but has started to get some attention with massive events like Somm Madness.

Each round pits one wine against another, and the winner moves to the next round. On the final round, the two top wines (from either side of the bracket) face off in a final blind tasting. 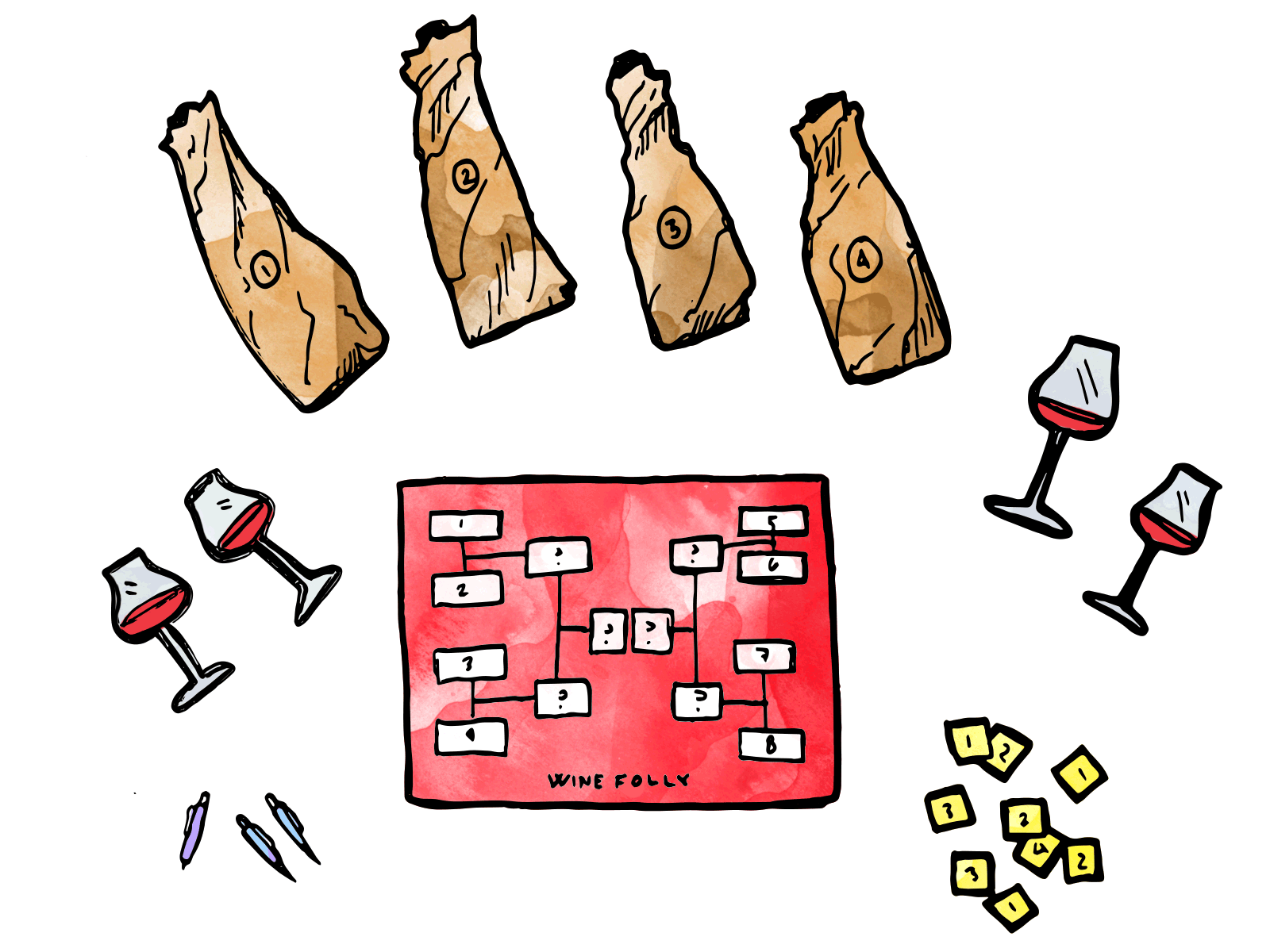 If you’re not supplying all the wine yourself, let everyone know the theme so your party can coordinate (as a way of avoiding doubles of the same bottle).

Step One: Pick A Theme

It’s definitely possible to play this game with a random assortment of wines, and that can even be perfect for when you want to play in a hurry with what you have. But when it comes to developing your palate, and just plain geeking out, choosing a theme for the wines you’re drinking in the game is the best option. 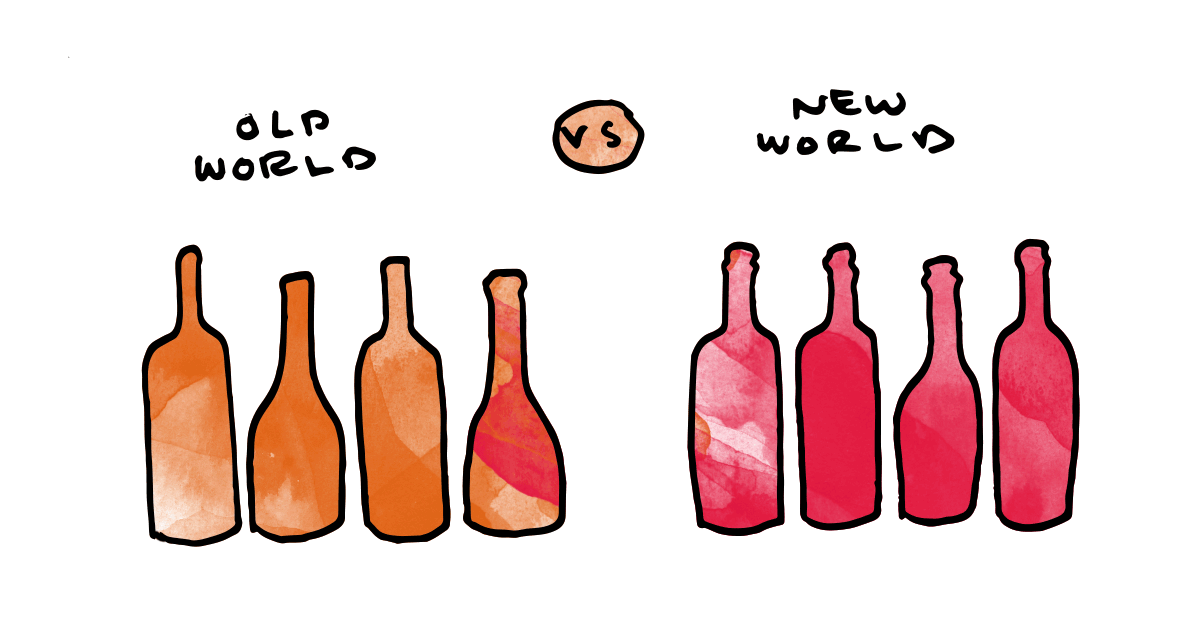 The idea is to pick four Old World versions and four New World versions of one wine, and then let those sides duke it out until a winner from both sides is chosen for the final showdown. This can be as specific as a country or region, or simply as broad as “New World vs. Old World.”

Basically the same as above, but choose warm and cool climate variations on the same wine. 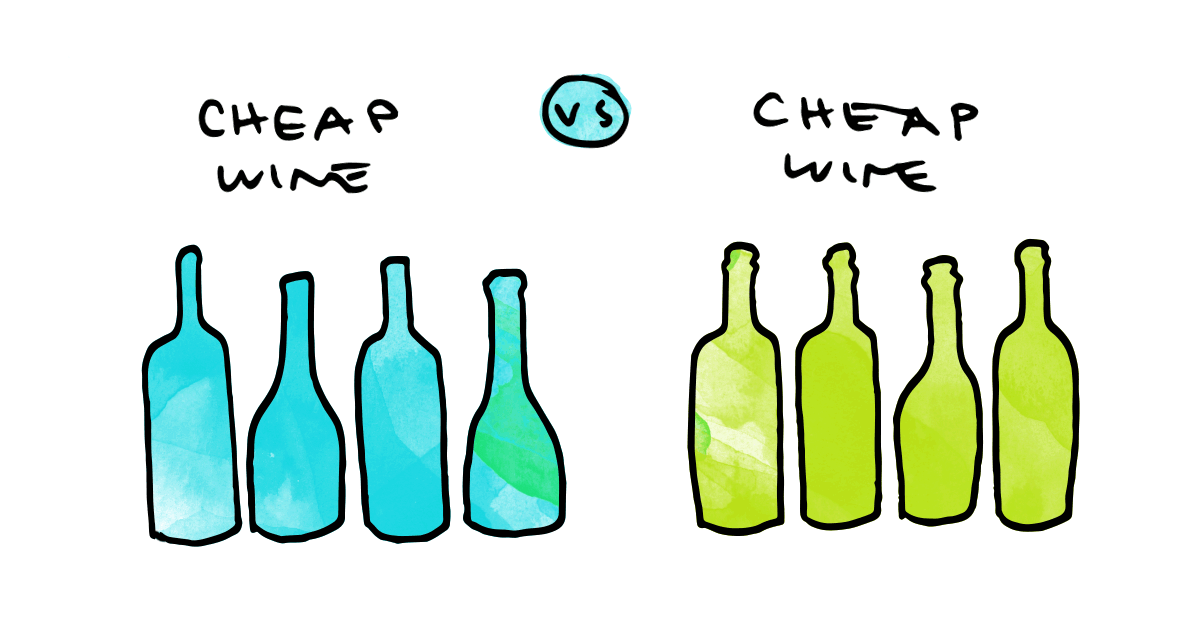 → War of the Rotgut

Not for delicate palates! Choose from wines that must be below a certain price point. The cheaper, the better: the best of the worst. 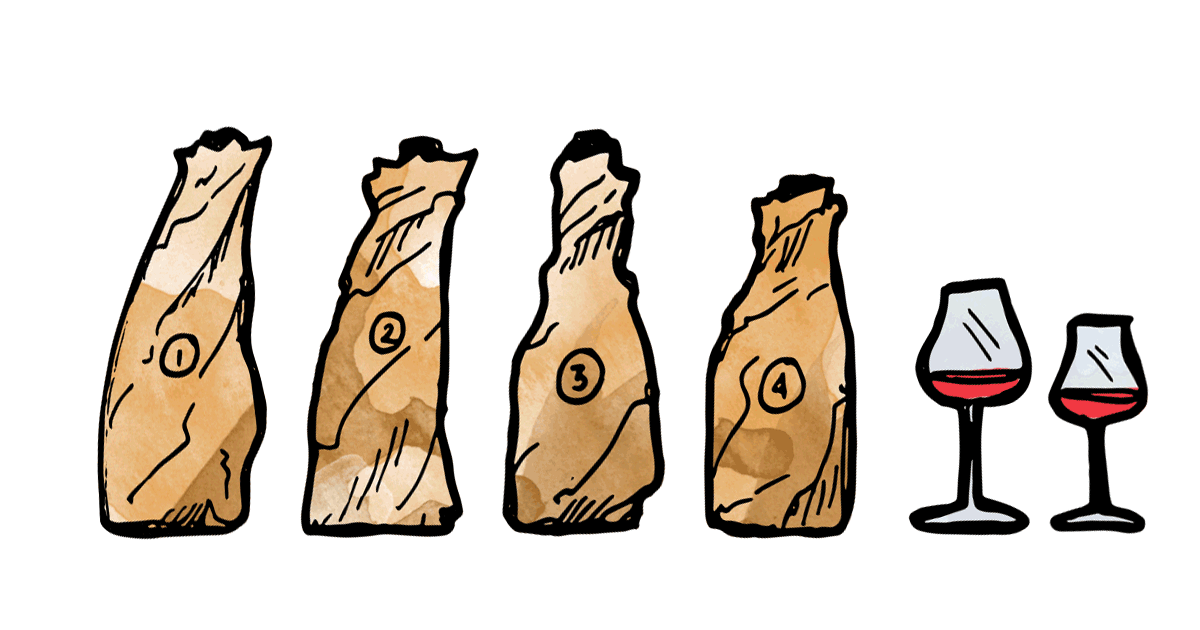 Collect all the wines and set them up for the blind tasting. A common method of doing this is wrapping them in tin foil or putting them in a paper bag. Number each one clearly, and add the numbers to the bracket: Wine #1 vs. Wine #2, and so forth.

To avoid ruining the blind tasting for yourself, wrap all the wines up and then change their positions until you’ve lost track of which one is which (think of it as 8-wine monte). 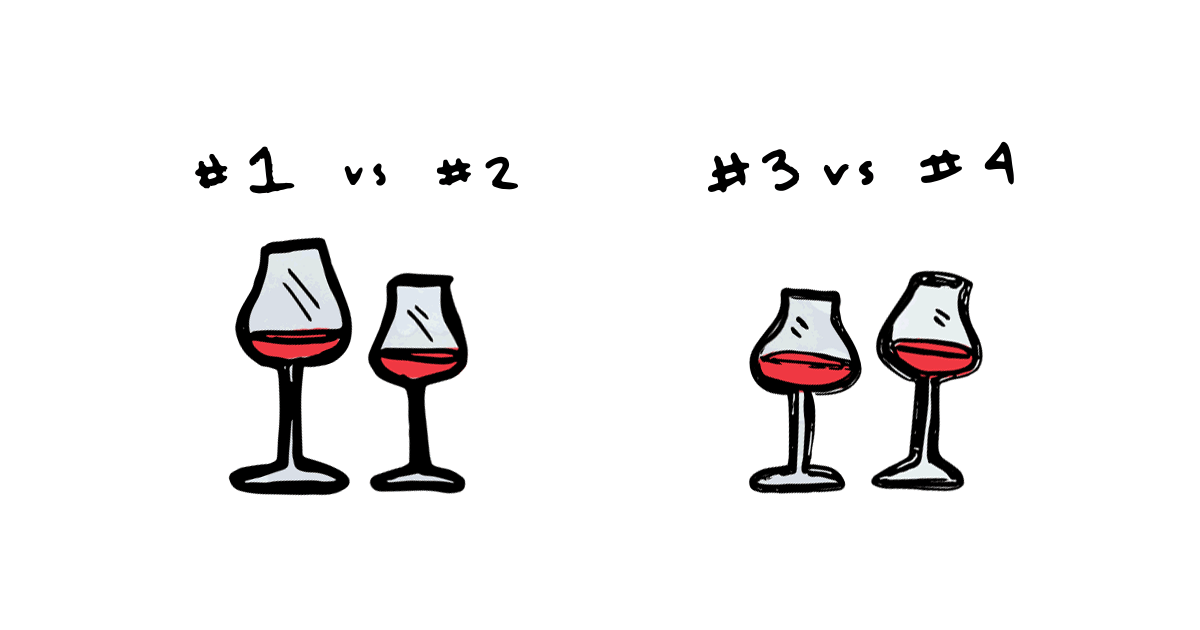 Now we’re at the fun part: the tasting part! Start in the first round, by pouring everyone a taste of Wine #1. Follow the 4-Step Tasting Method and write down your thoughts.

Next, pour everyone a glass of Wine #2 and repeat. It might help for everyone to have multiple tasting glasses so that they can compare the wines more closely. Finally, everyone votes on their favorite: whichever wine gets the most votes moves onto the next round.

If you want a little more direction, we offer a couple of useful tools:

After the semi-finals, it comes down to the Final Round. Don’t pass up the opportunity here to make a big show of it. Throw some confetti, cheer a bunch, and get your loudest friend to shout, “Let’s get ready to rumble!” Impromptu halftime shows are encouraged, but not mandatory.

Pour the final two wines, add to your notes (the wine may have aerated and opened up quite a bit by this time if you haven’t decanted it, so don’t be surprised if your opinion changes), and make your vote.

Tally up the votes, and congratulate the winning wine!

But is it just the wine that has to win?

There are different variations on how this game is won, including Somm Madness’ version, which focuses on the sommeliers competing in the brackets. But we find that for a friendly afternoon of drinking with your friends or club, the wine really ought to be the center of attention. By the end, it’s probably enough just to know which wine was considered the best by vote. And you may just have had enough wine that you truly don’t care anymore.

But if you do want to add a little competition (or just spice things up with some variation), we recommend one of these styles of play:

Whoever brings the best wine wins! Get eight people together, with everyone bringing a wine. Whoever brought the wine that wins the final round gets some sort of prize: choosing the next bracket’s theme, not required to pay for the next game, etc.

Whoever voted most accurately wins! Keep track of the wines that everyone voted for, and whoever most frequently chose the wine winners gets the crown! That is, if you planned for a crown. Hmm… maybe I should add “crown” to the “What You Need” list.

Somm Style! Play the game as normal, but have everyone attempt to guess which wine it is as they taste. After the wines are revealed, whoever guessed the most number of wines correctly, wins.

Keep an eye on your pours!

If a wine wins a round, that means you’re going to be tasting it again soon, and if you’ve emptied it in the first round, you’re out of luck.

Try to predict how much wine you’ll need based on how many people will be playing. If it’s a lot, don’t be afraid to ask people to bring an extra bottle. Worst case scenario: the wine loses in Round #1, and you’ve got plenty of extra for after the winner is chosen!

We’ve set up an 8-bracket system here, but if you’re really looking to make a big event out of it, feel free to expand to a 16, 32, or even 64-wine bracket style.

The more wines that get included, the more likely it will be that you play this out over multiple days. An 8-bracket game can be played over the course of an afternoon, but you can get weeks of wine club fun over the course of a full March Madness-style 64 header!

Just like any wine party, make sure that you and your guests are feeling good, hydrated, and full. Nothing ends a wine bracket game faster than guests who are so drunk they can’t keep track of what round they’re on! 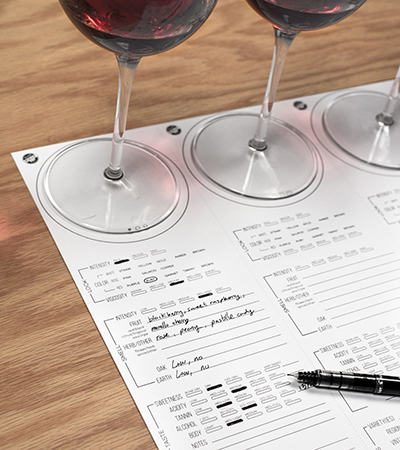 Use these tasting placemats in your next wine tasting game!