Each year we discover more countries producing wine. For instance, did you know there are vineyards in the Gobi Desert?

There’s no doubt that up-and-coming wine regions are intriguing, but which are the top wine producing countries in the world?

Ready to have your mind blown? Just 10 countries are producing 80% of the wine on the planet. Your mind is blown. Let’s take a closer look at the top wine-producing regions of the world.

The top 4 major wine regions of the world are France, Italy, U.S.A., and Spain. They produce just over half of all the wine in the world.

Italy has beaten France since the last check-in on production, but both countries have experienced major shifts in their production over the past decade. Between 2011 and 2015, Italy ramped production up nearly 40%, reviving their wine industry that had been flagging for the previous decade.

Argentina continues to grow its wine production year after year resulting in a massive growth rate, but relies on wine exports.

Wine culture is relatively new in China but in a short period of time its grown to be the 5th largest wine consumer in the world. 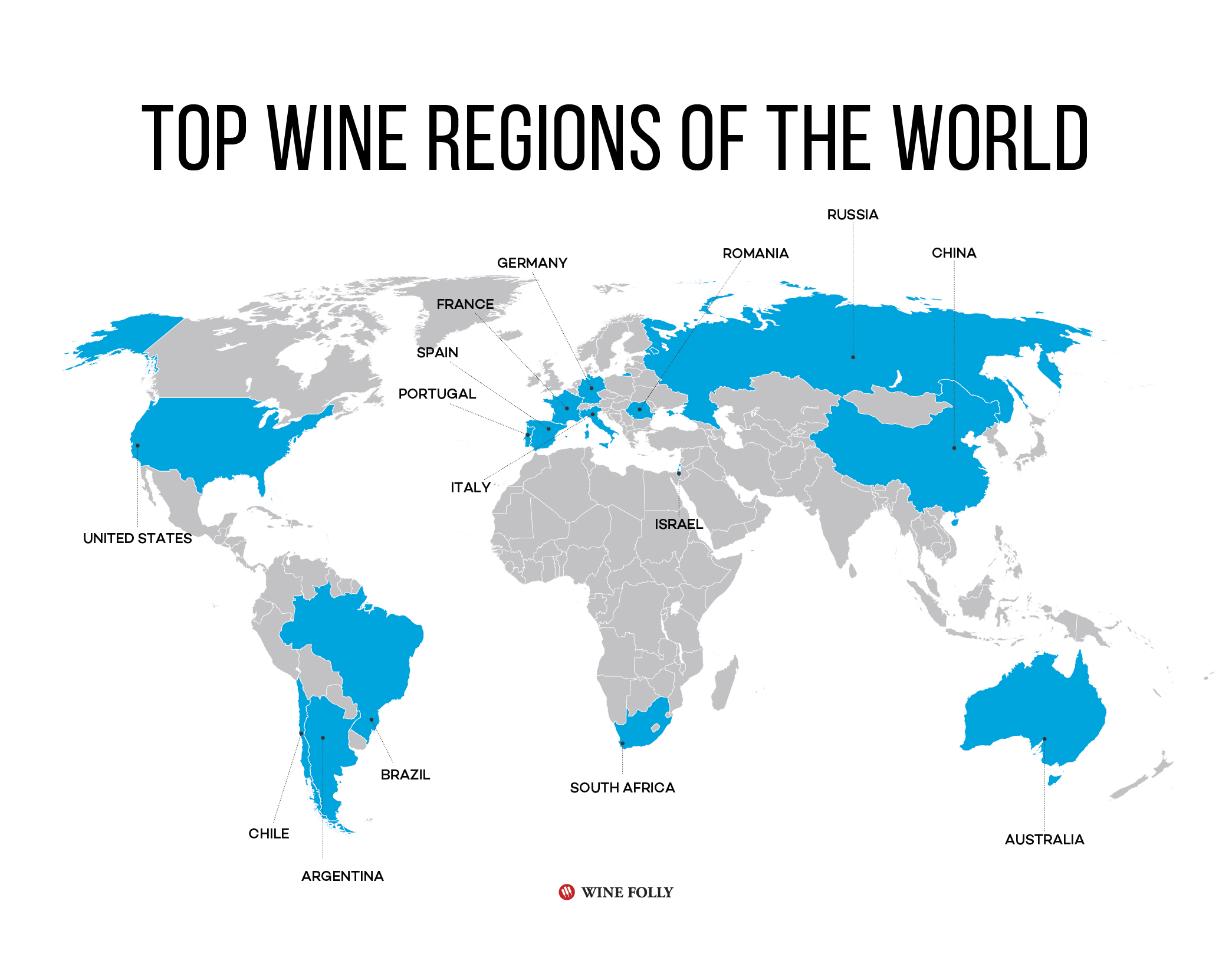 Curious about the #1 spot on this list? Of course! Italian wine is a powerhouse and there are delicious options for every palate. Jump into our Five Best Italian Wines for Beginners.